From Kuala Lumpur I travelled north by bus into the Cameron Highlands.

The driver announced the plastic bags in the seat pockets may be needed for ‘motion sickness ‘ as the road was very windy. Oh, great😳

We were just out of the city when the bus broke down, and it took two hours before we were picked up. Fortunately the rest of the trip was uneventful, with all healthy.

Cameron Highlands is an area, with the small town of Tanah Rata but many hotels and businesses spread up and down the roads. During the colonial time, the British found the cooler mountain air a welcome retreat. I met several Malaysians who were there for the same thing! Many people come for jungle treks.

The weather is also perfect for growing tea and strawberries. I thought, just need some scones and cream….

But others had the same thought, and they were on several menus.

The tea plantations were very picturesque with the green patterns on slopes and terraces. The paths around the tea shrubs allowed access for pickers. 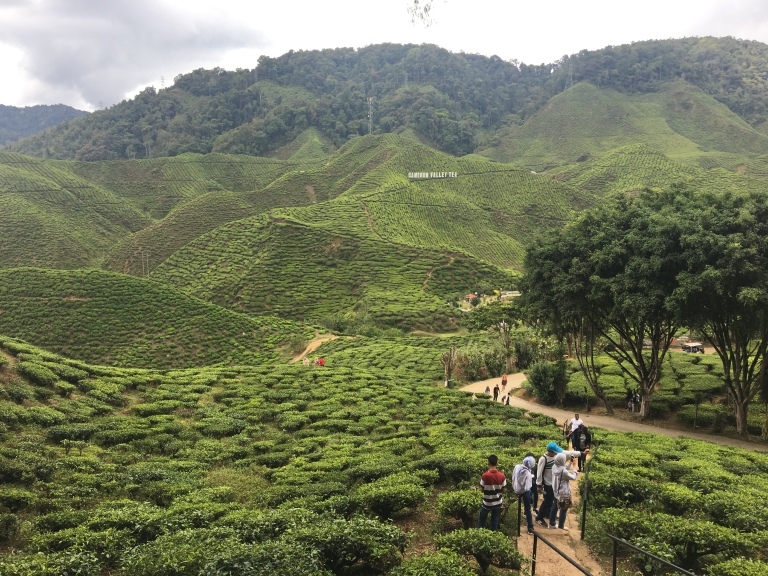 Breakfast was a roti with an egg cracked over it before being folded up, for $1 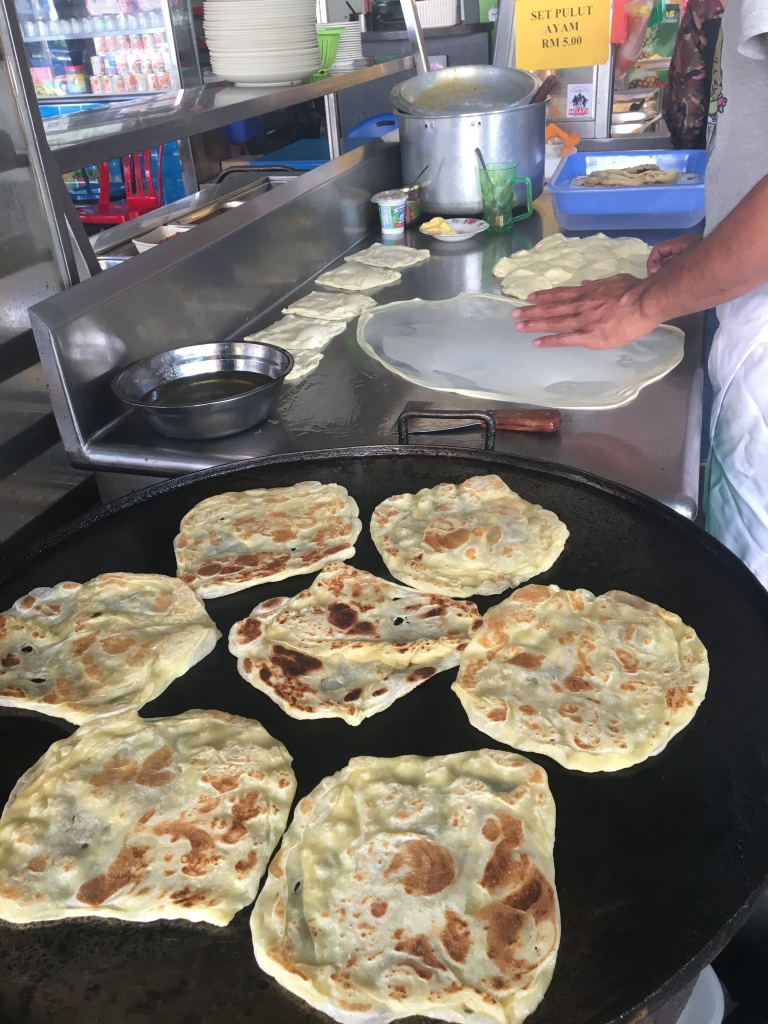 Then back on a bus again, headed to Butterworth, where I took a short ferry ride to George Town on Penang Island.

Very good tourist infrastructure with maps and a free bus that circulated around the old town. 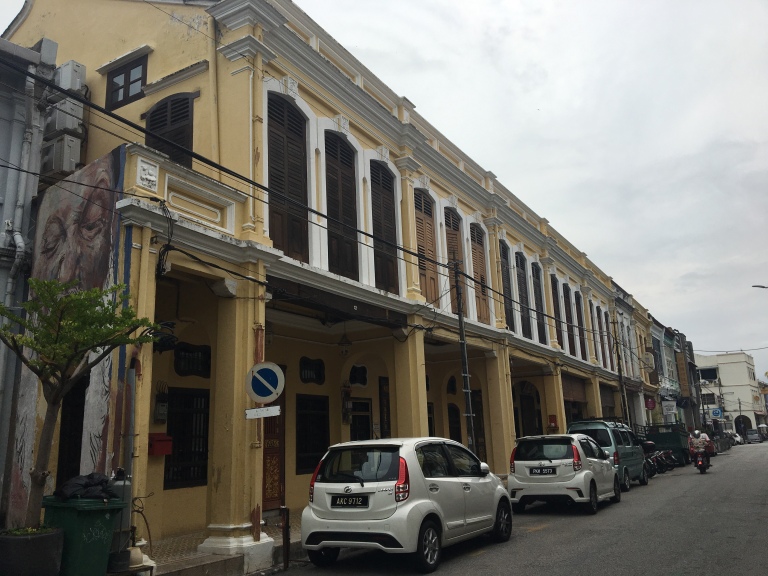 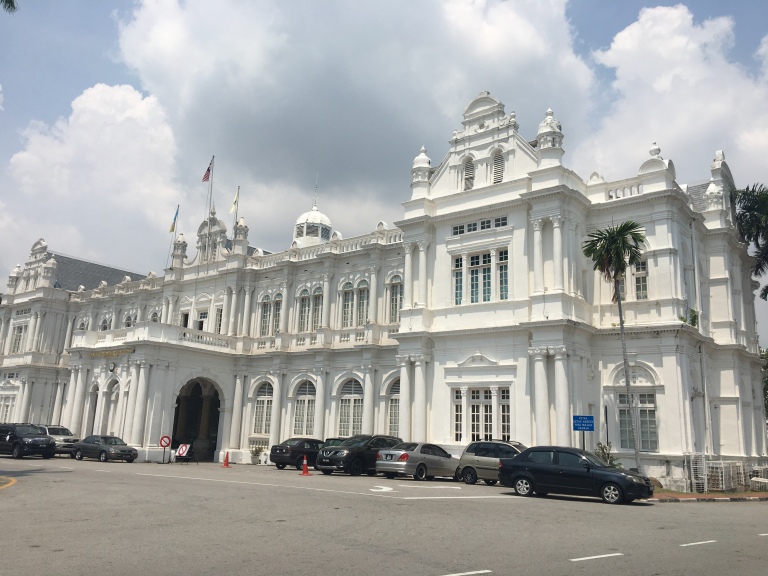 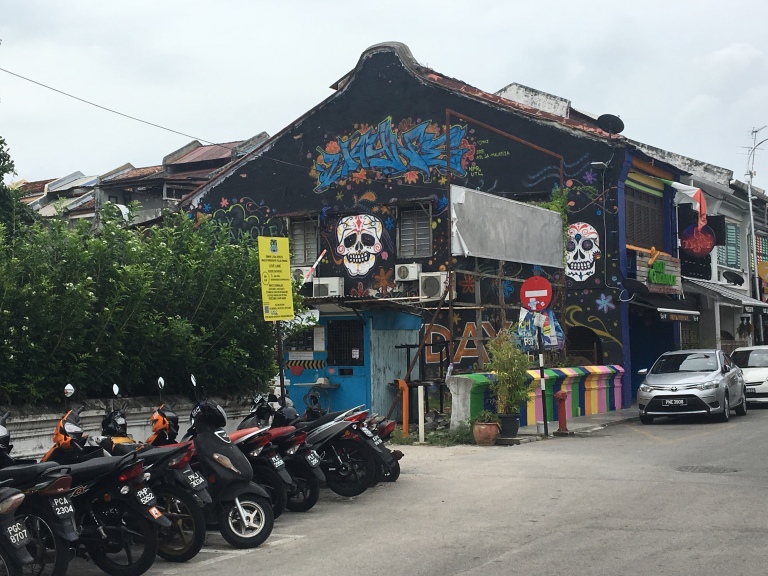 They also have a collection of street art – paintings and steel rod sculptures. I’ve been on a scavenger hunt trying to find them all from the brochure. They tell stories about the area in an amusing way – like the street where rich men kept their mistresses. 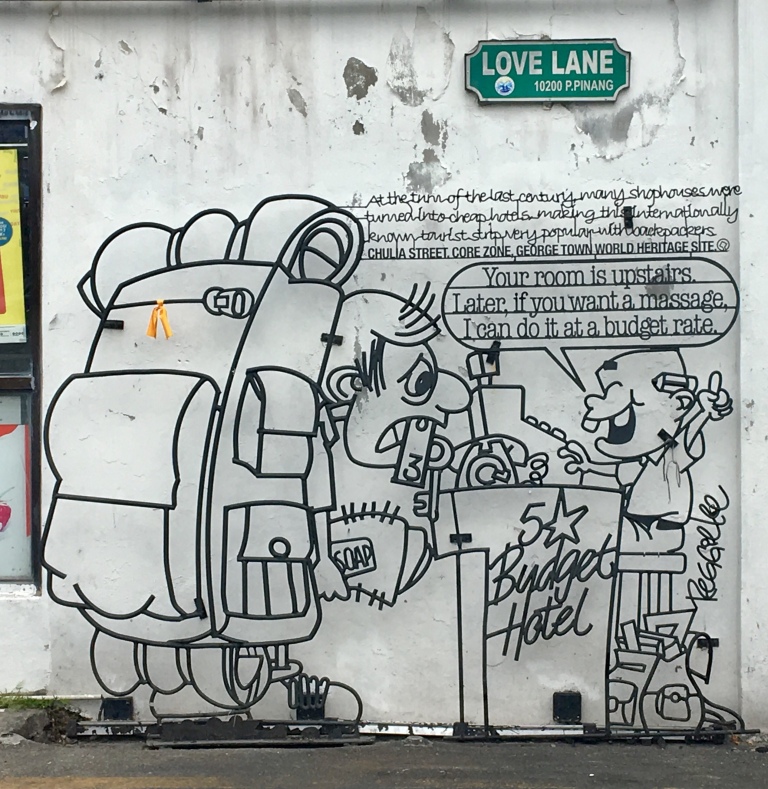 The paintings incorporate real items like a chair, bicycle or swings.

Did I mention the food! People come here just to eat. Street hawkers stalls are famous here. They even have a big brochure of all the ‘delicacies’ and where to find them.

There is a hawker stall for Cendol just across the street. There is always a lineup, but they are lightning fast dishing up the shaved ice, beans, green rice noodles and sweetened coconut milk. Sooo good and cold! 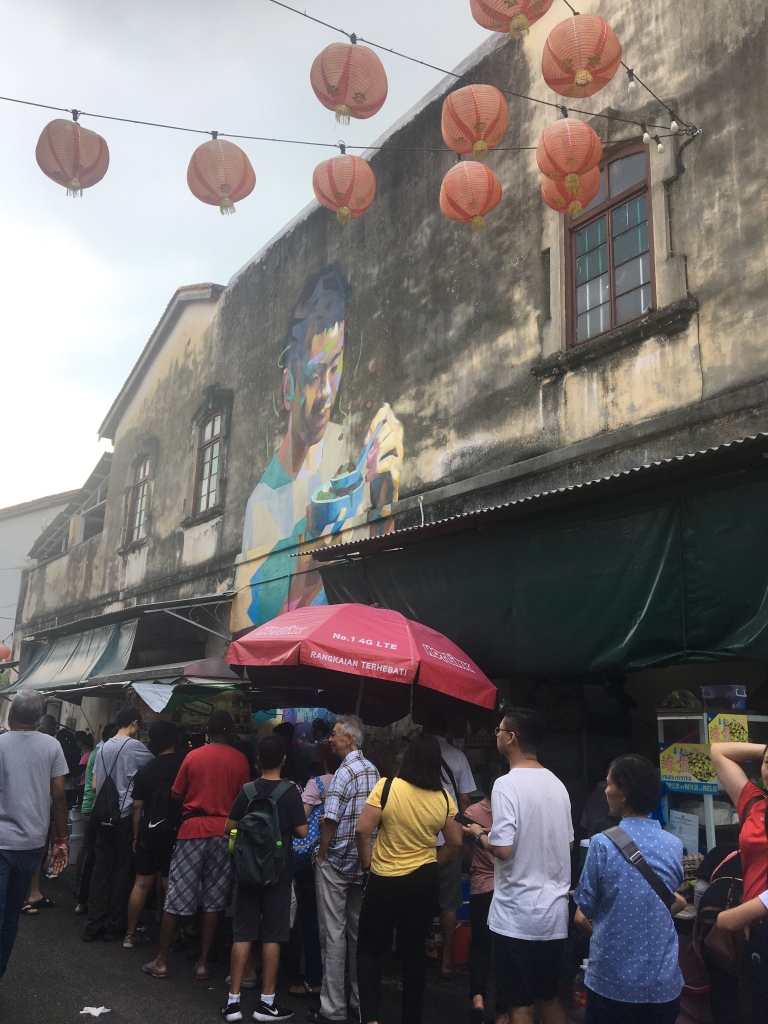 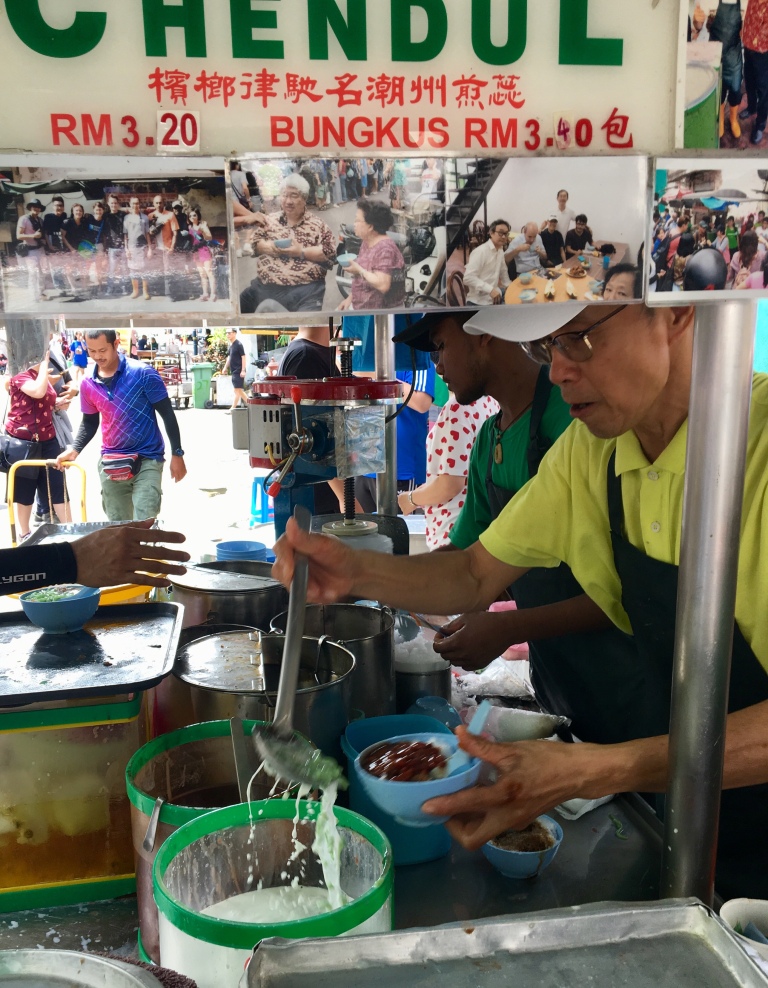 Another classic – Char Koay Toew translates to ‘stir-fried flat rice noodle strips’. Throw in some chicken/prawns, bean sprouts and some sauces, and char it up on a smoking hot wok…6 ringgit ($2) 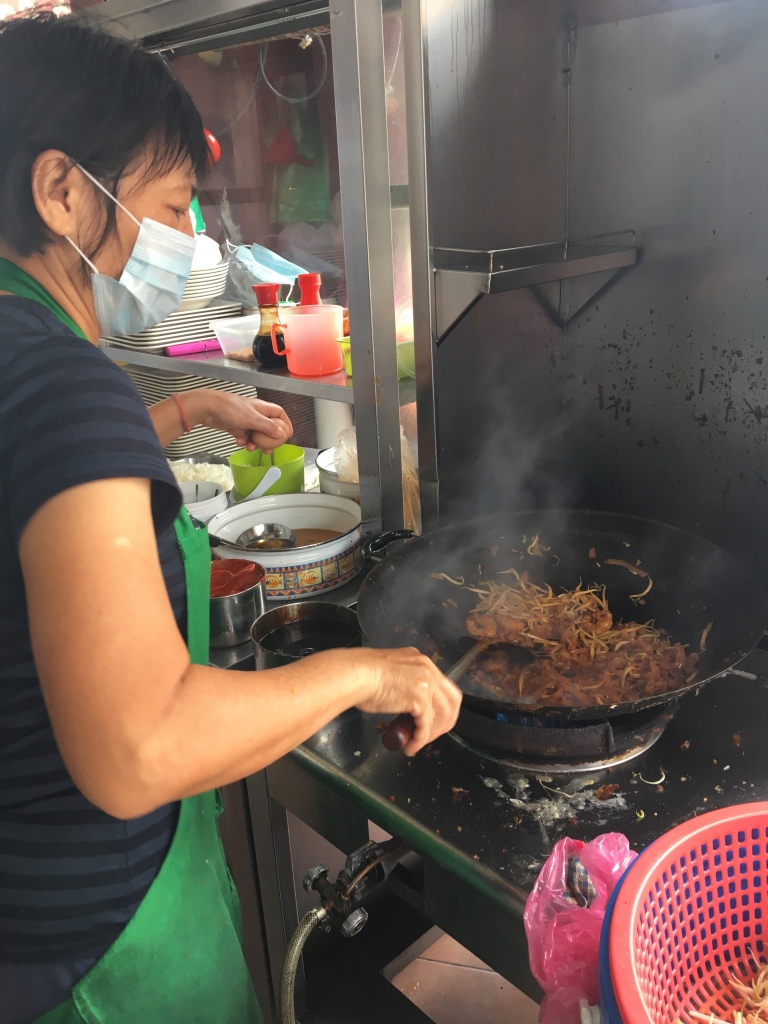 My hotel serves Nasi Lemuk at breakfast, and though their presentation is nice, the basics are found everywhere.

There are several ‘jetties’ built on stilts over the water. My favourite restaurant to watch was the ‘Big Bowl Noodles’ where the biggest bowl could hold up to five portions. 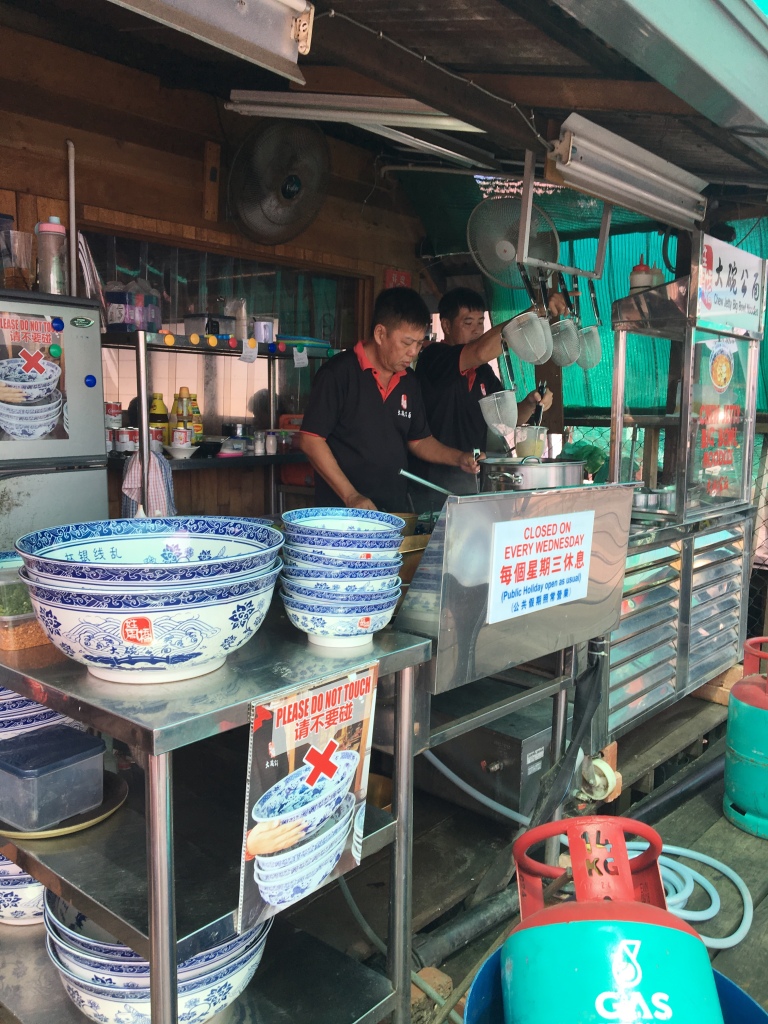 I liked their covered sidewalks. 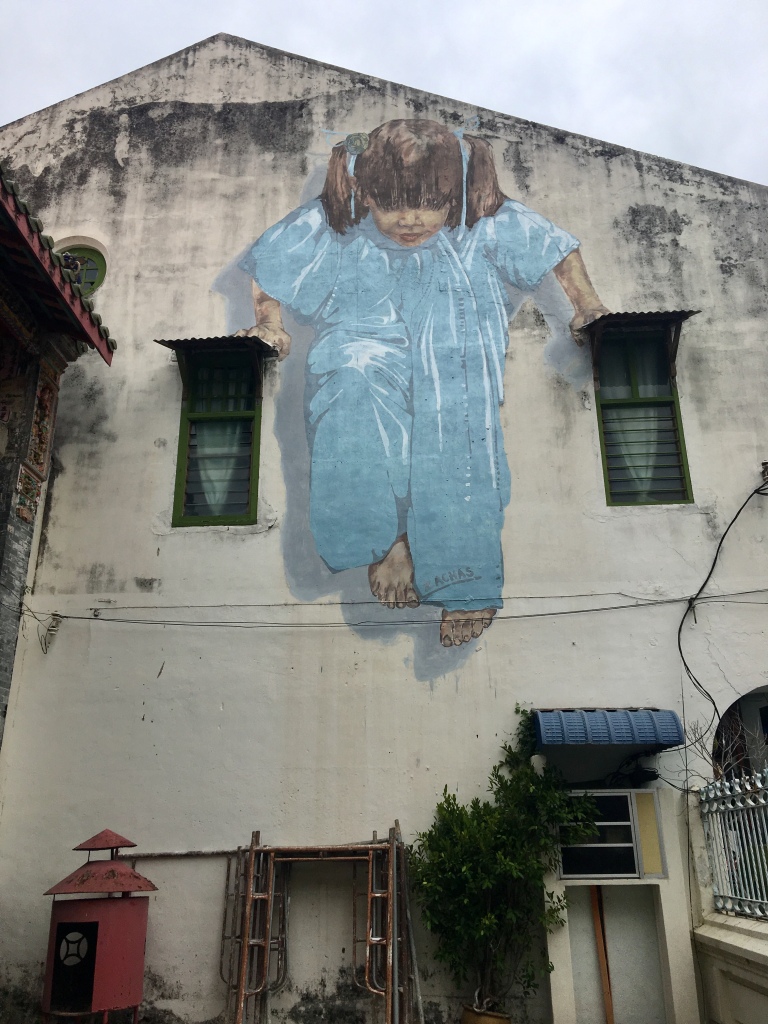 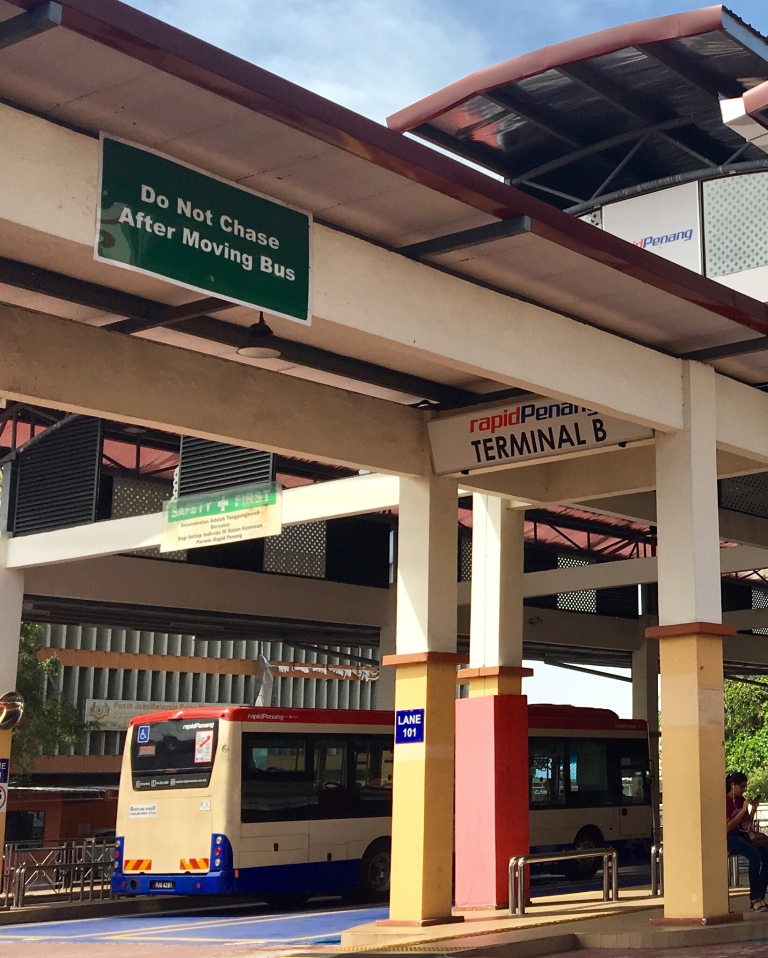 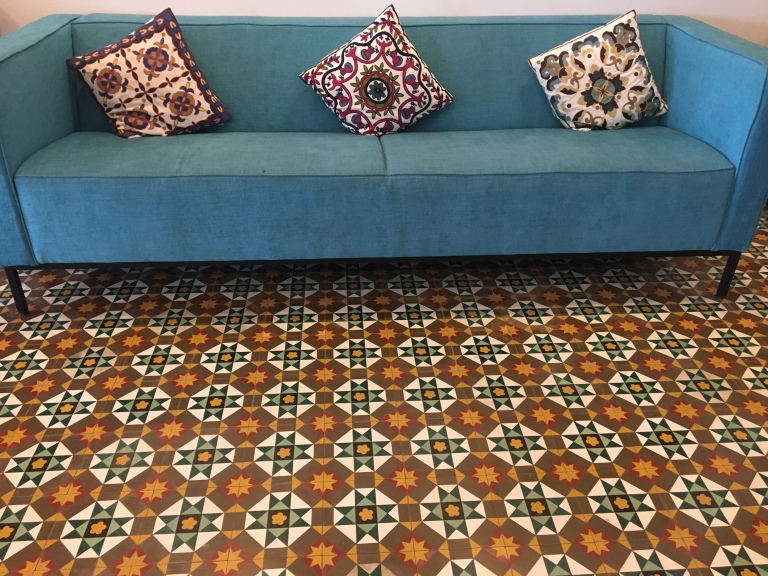 Then it was off on the local bus for another five day beach vacation at Batu Ferringhi. Lovely hotel and pool, which is much appreciated as it’s 33 oC and over 90% humidity. Sweat just pours off me but it does nothing to cool. The rainy season is starting – we’ve had cracking good lightening and thunderstorms at night.

Resident cat is Siamese – they originated in Siam (Thailand)

2 thoughts on “Highlands & Islands of Malaysia”