I’m wrapping up a 3.5 month tour of Southeast Asia, and I have to say my last two weeks have been a gentle ending. Which is what I needed at this stage!

First I was in Langkawi (lan-cow-ee), Malaysia for five days of beach time. Actually a bit too long as I was coming from Batu Feringgi, another beach area that I really enjoyed. Cenang Beach on Langkawi is a beautiful beach with talc sand, but way too much water sport noise for me.

I did an ‘island hopping’ tour which was a nice break for a day. 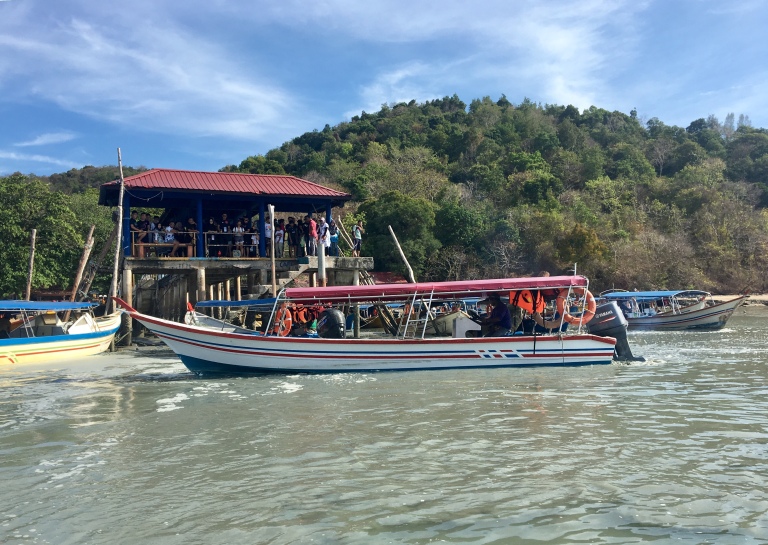 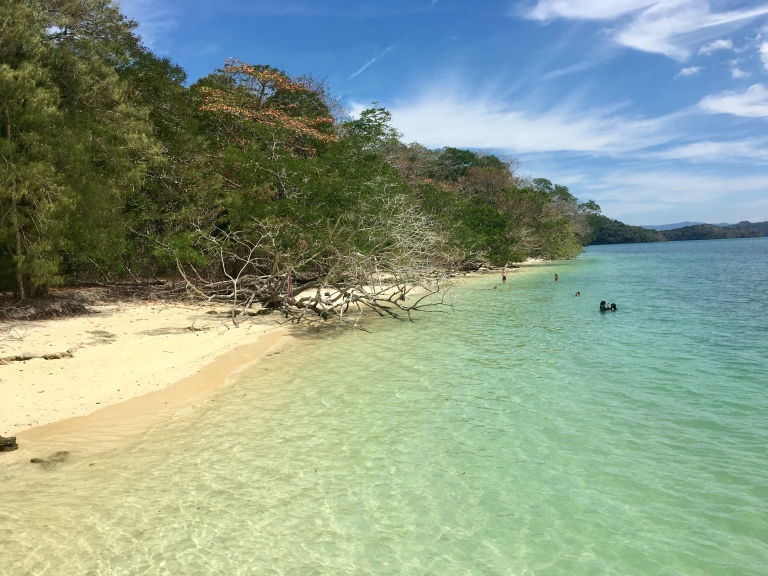 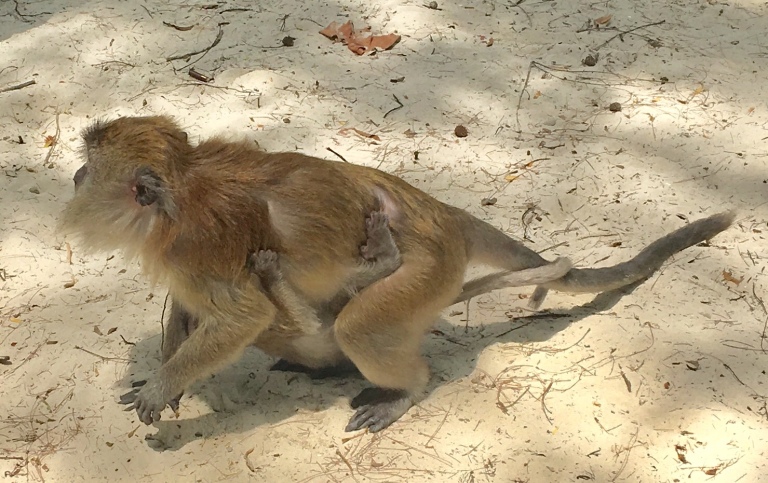 Thai sate and sticky rice/mango for a change. 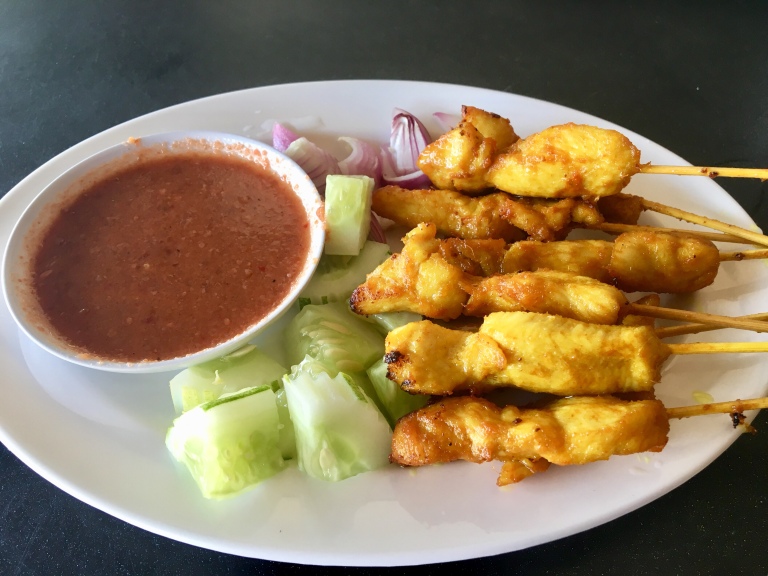 Then a quick flight to Johor Bahru in southern Malaysia to visit my cousin Pat and his wife Karen.

Pat and I don’t know each other well as we didn’t grow up close to each other and he’s lived in SE Asia since 1995, but we do share a big family. The last time I saw Pat and Karen in Canada was in 2000 at a family reunion.

So it was a fun weekend getting to know each other while eating some amazing food! I was very happy to just sit back as they knew where to eat and what to order. We went to two seafood places but also had Johor Laksa, roti and Nyonya food. 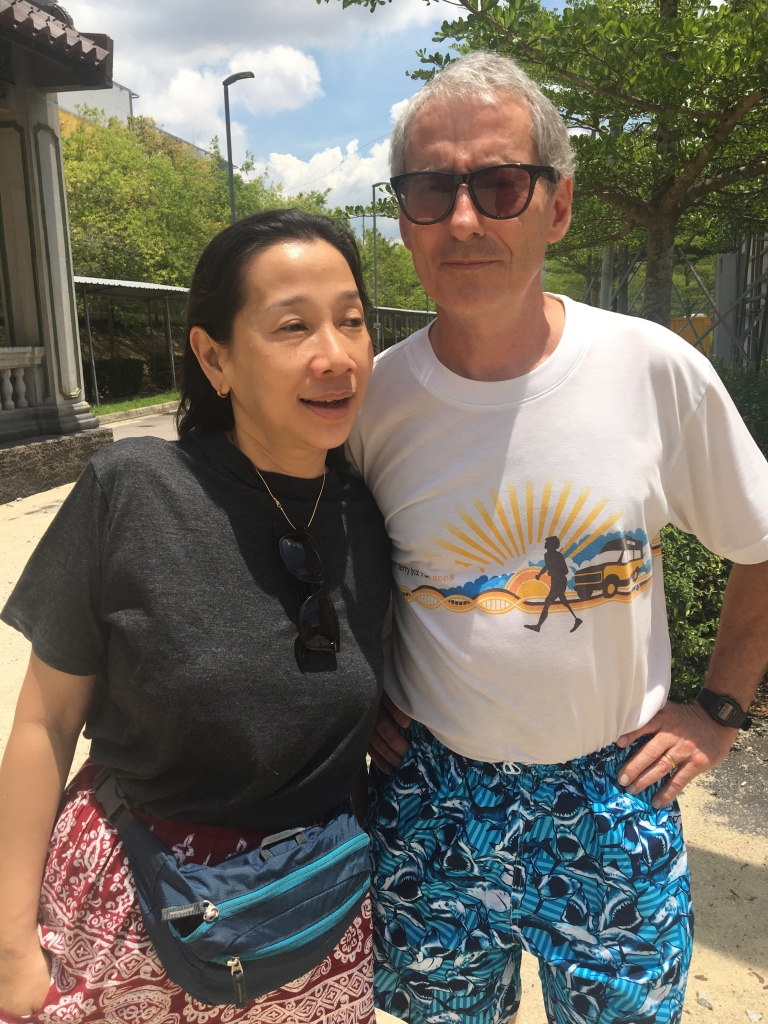 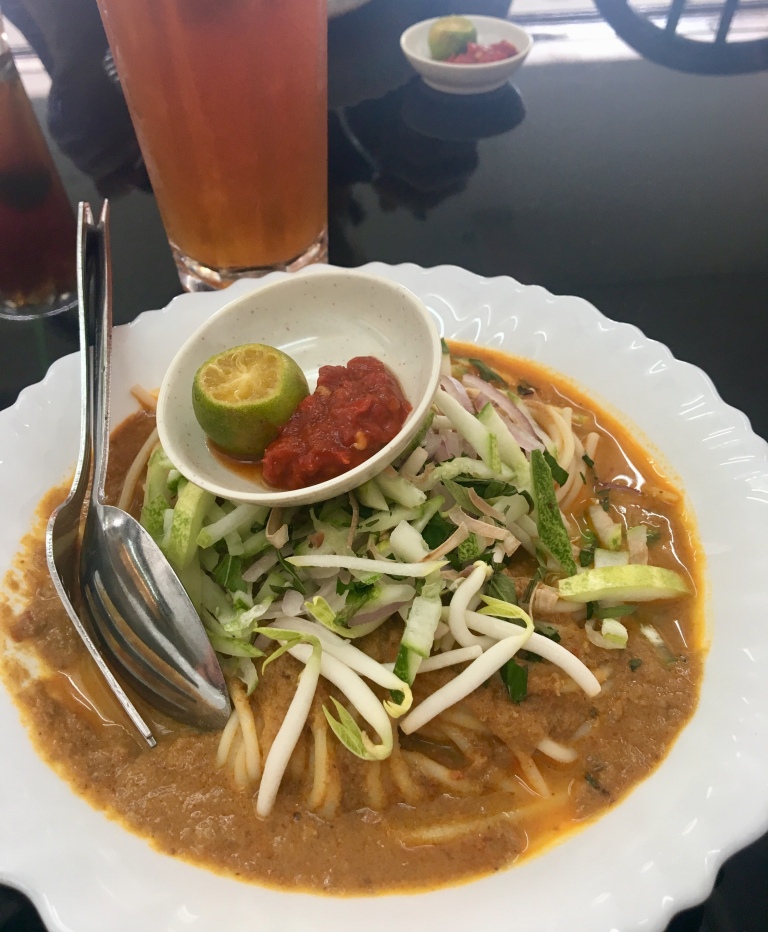 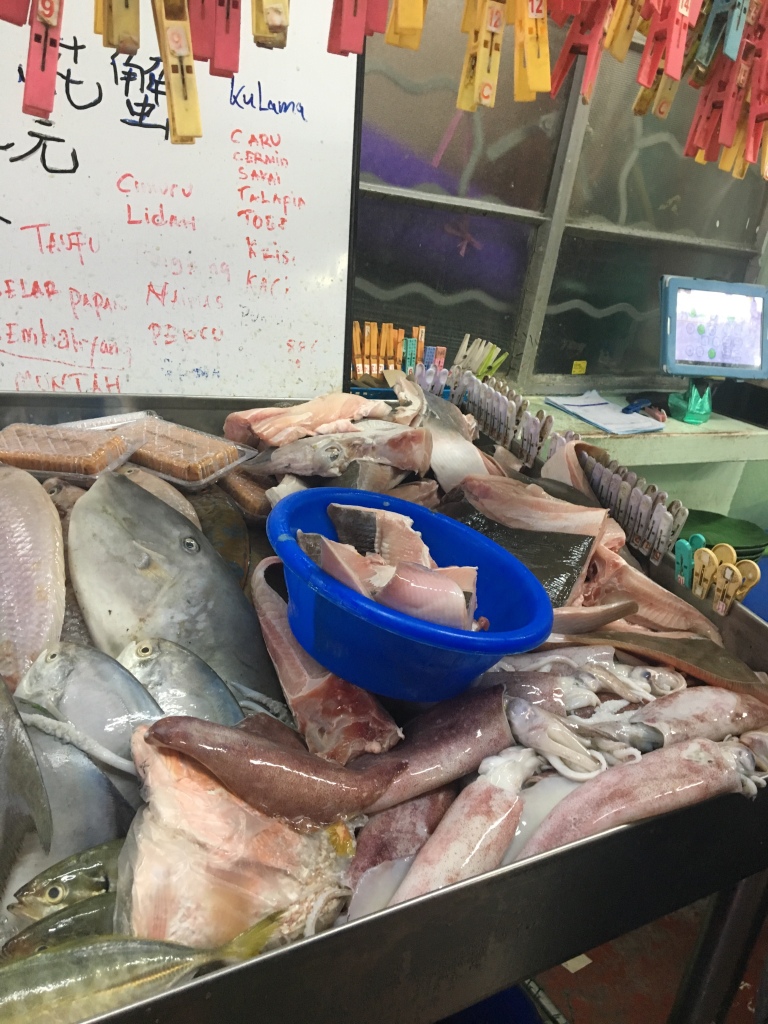 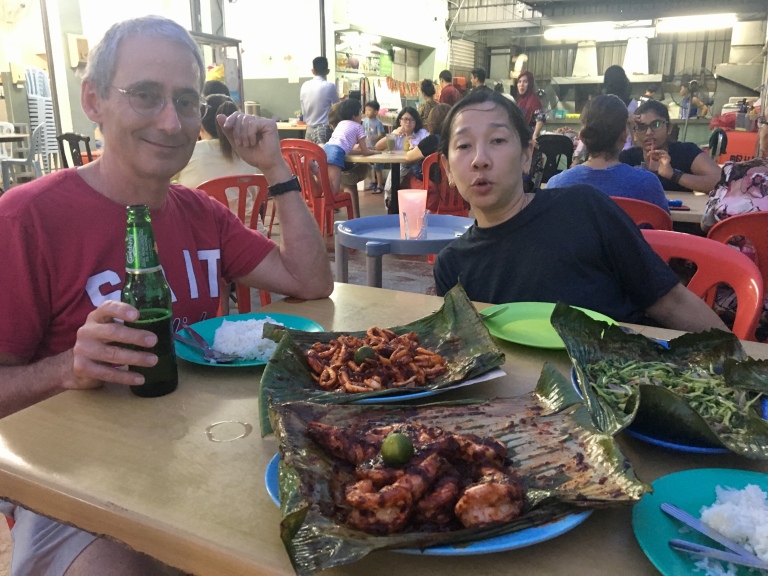 We also did a day trip to Melaka/Malacca where the old town with all its Portuguese/Dutch/English colonial influences are evident. 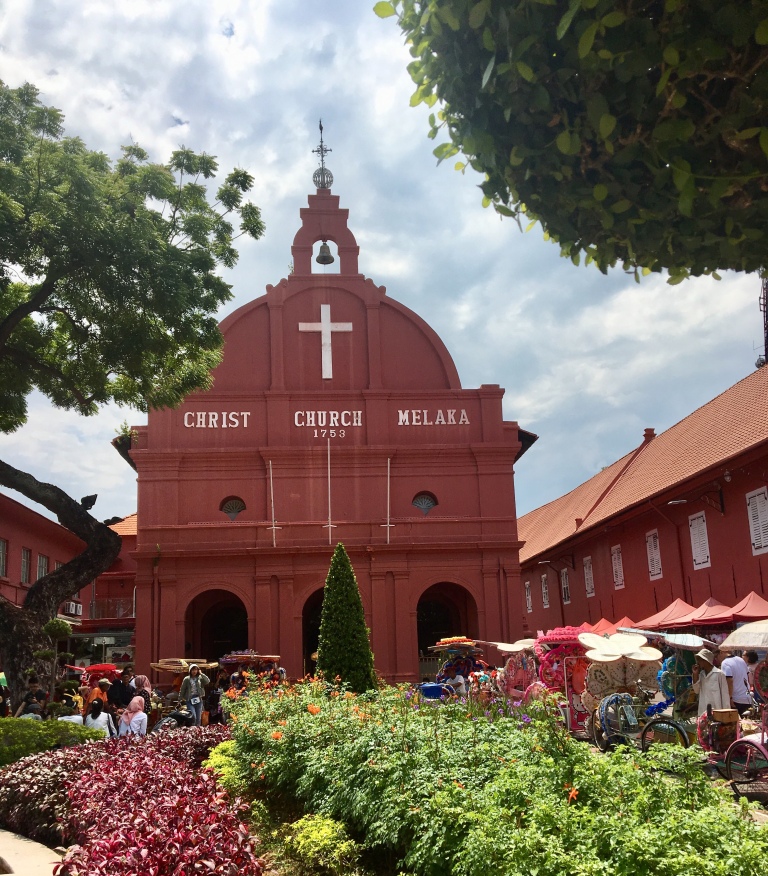 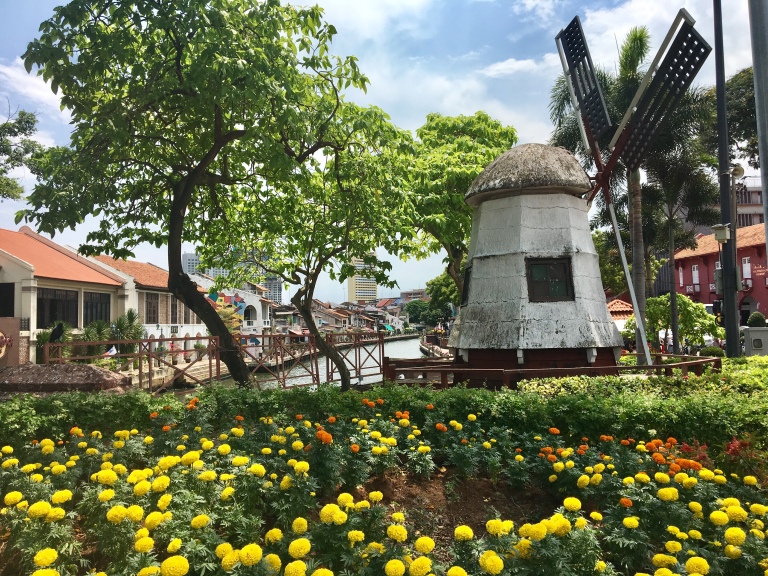 We stopped at this cafe for a traditional breakfast/snack of kaya toast – white bread, jam of palm sugar, egg yolks and coconut milk. Most places sandwich it with big slices of butter, which would have been a killer!

Then a bus ride over the causeway to Singapore. It’s really only a five minute trip but customs was busy and agonizing slow so it took hours before I was at my hotel. I can’t believe that people have to do that daily if they live on the less expensive side but have to commute.

And Singapore is expensive! It’s a bit of a shock after the rest of SE Asia. Though my hotel is pricy it’s within walking distance to almost everything, and I’ve found food stalls that are very reasonable.

There is a very good ‘Little India’, but the Arab Street area was interesting too. 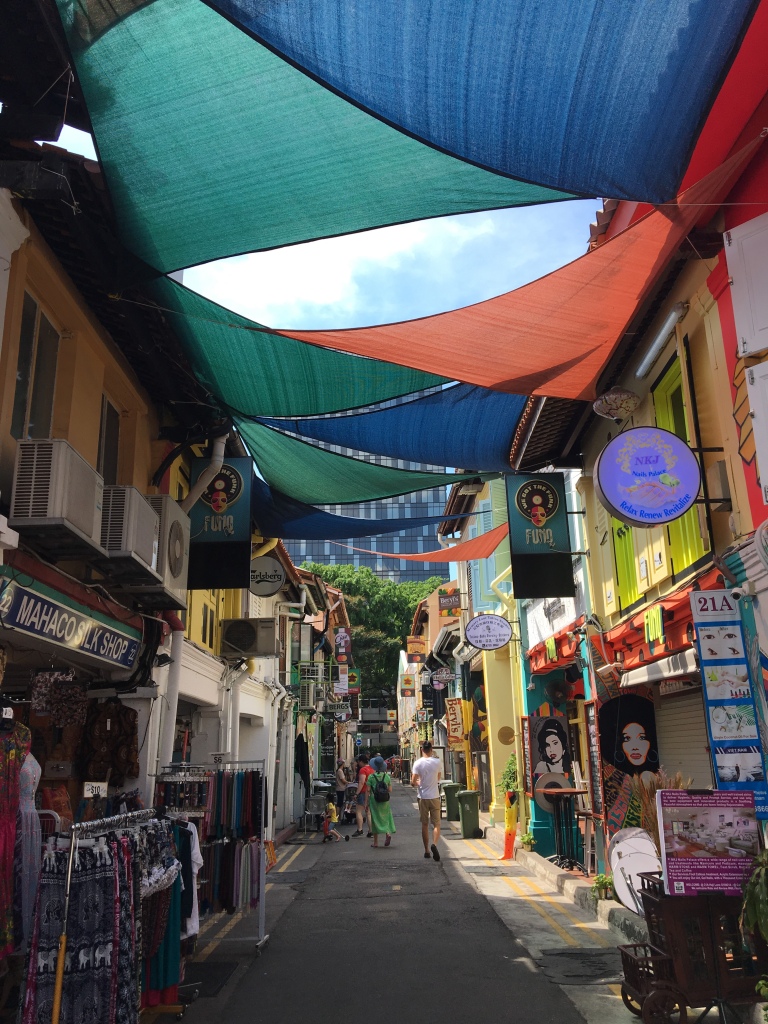 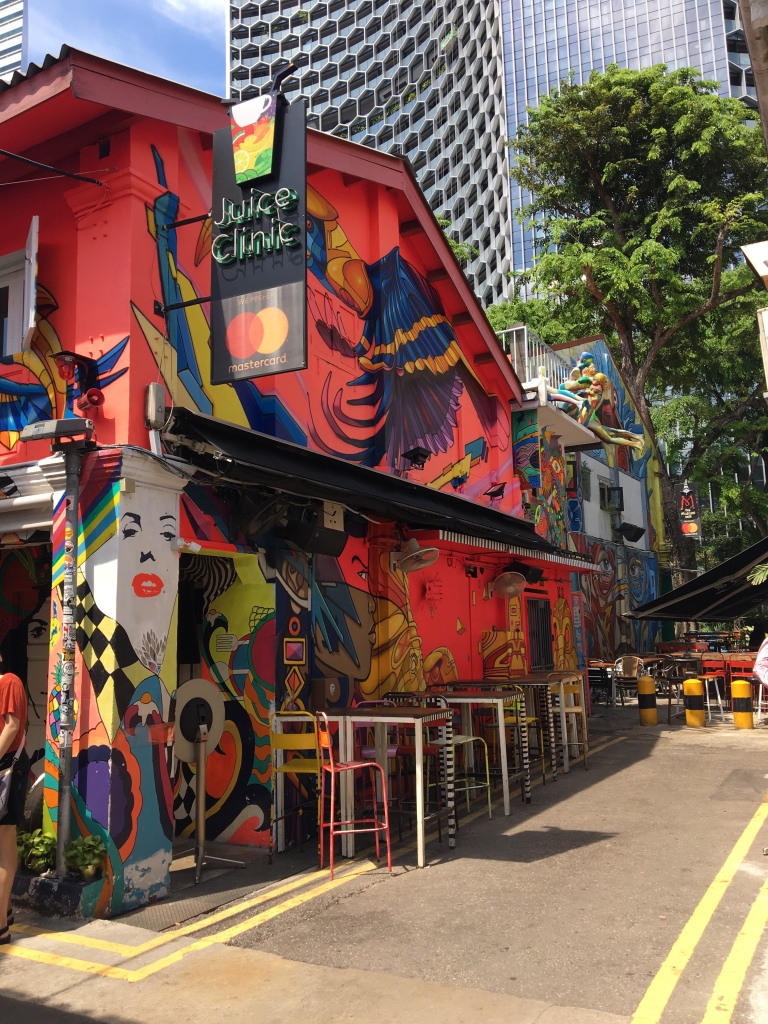 After watching ‘Crazy Rich Asians’ on one of my flights, I had to go see the The Marina Bay Sands Hotel with the ‘boat’ perched on top of three towers. The ‘flower’ beside it is the Art Science Museum. 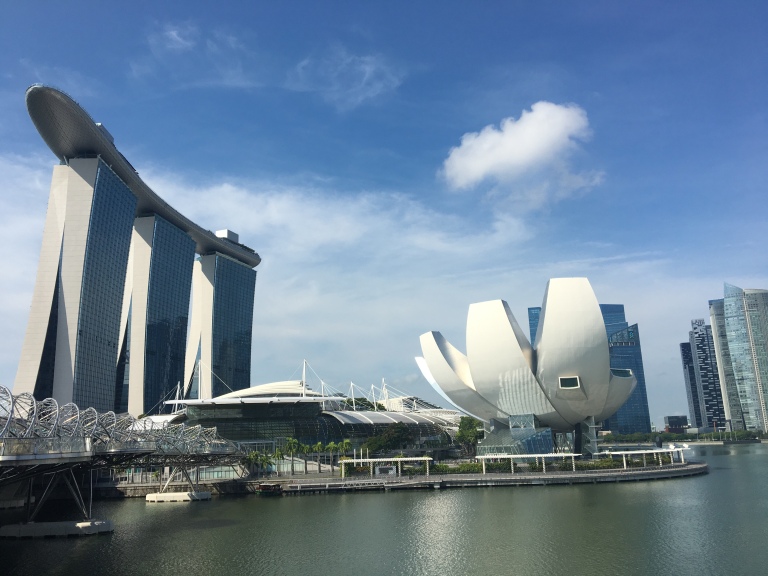 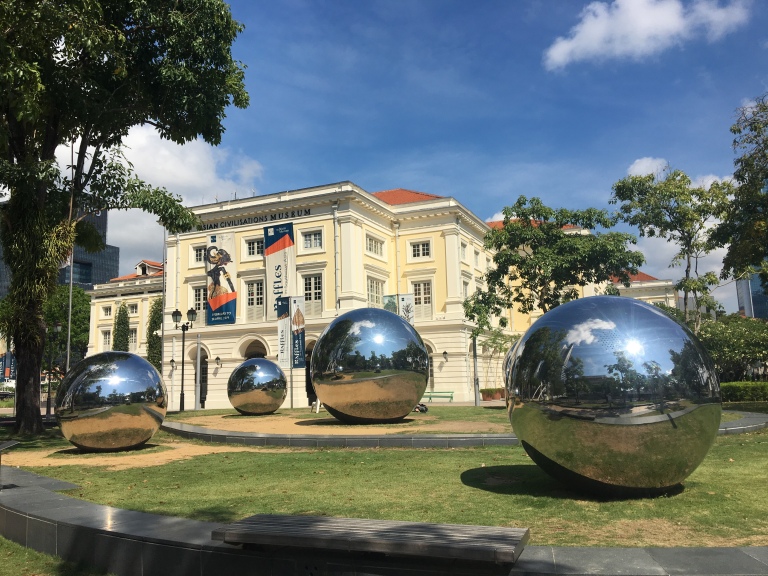 But I rather miss the chaos! So one last night in Taipei tomorrow, and then back to Canada and another chapter….