So the ‘4 hour’ Express Van from Phnom Penh to Battambang took 6 hours, but it was a great trip chatting with a young fellow going home to spend Chinese New Year with his family.

We stopped for lunch and we had shared dishes, which is so much more fun than having one thing. And he ordered! 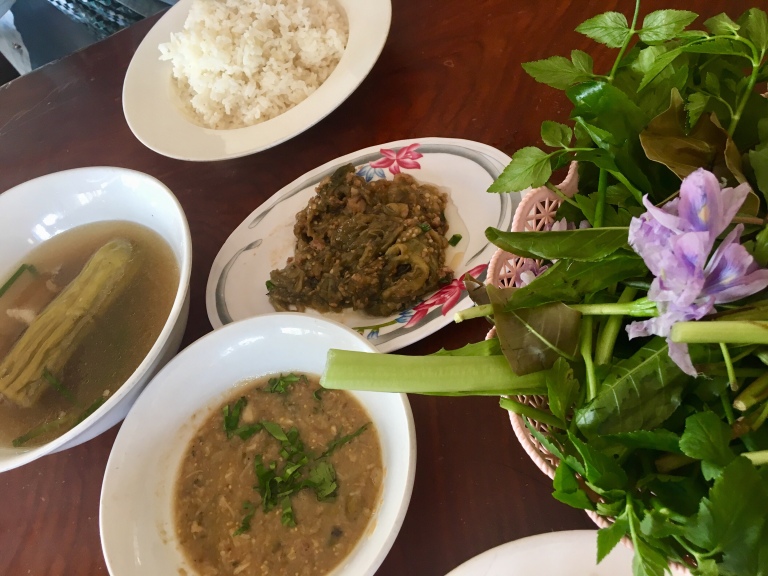 Then he explained about the unusual item a woman was selling. It was bamboo cooked with sticky rice, red beans and coconut inside. You peel down the bamboo to expose the centre. Very good too! 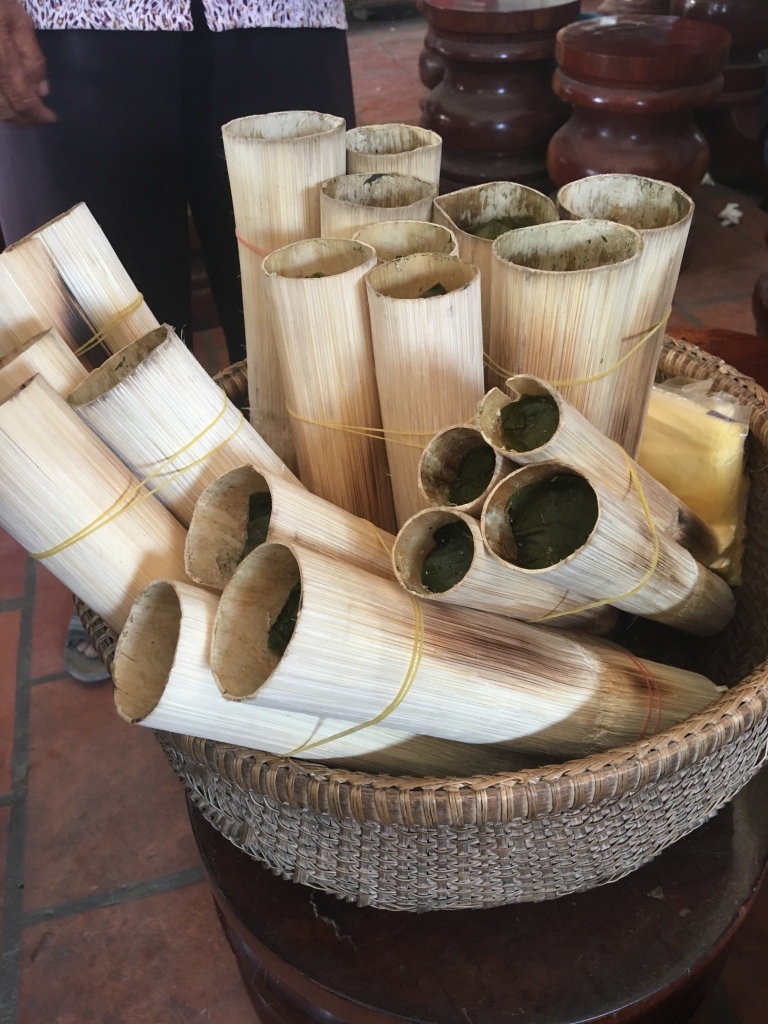 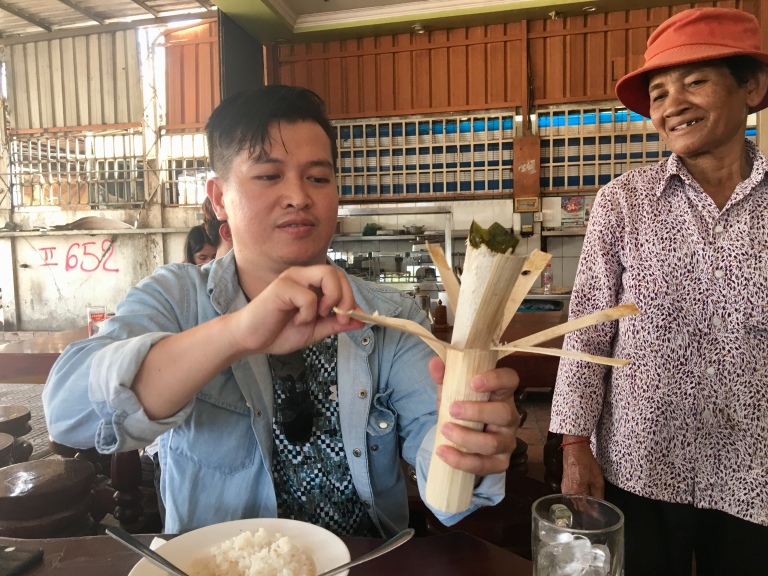 Welcome to Battambang! Or ‘baa-TAH-bon’ if you do not want the locals to look at you blankly.

Battambang is another city on the Mekong with French colonial architecture but it feels much more laid back. There are also many temples and villages to see outside of the city, from 4 to 24 km away.

And for every pagoda I stopped at, there were at least four more in between.

The first morning I was just getting oriented and figuring out what I wanted to see when another solo traveler asked if I wanted to share the tuk tuk he had booked. It was great to share the cost, but it was also a very nice day with company.

Our first stop was the ‘Bamboo Train’. It used to be an important mode of transportation before the roads were improved, but now it is mainly for tourists. It is a 7 km fast ride to the t-shirt stands, and then back. Very nice views of the countryside.

Next was Wat Somrong Knong. There is a complex of buildings, one of which is the oldest pagoda in Battambang Province built in 1707. The Khmer Rouge used it for a prison and place of torture. Bodies were buried in the killing fields behind.

The tree has grown around the statue

There is a memorial 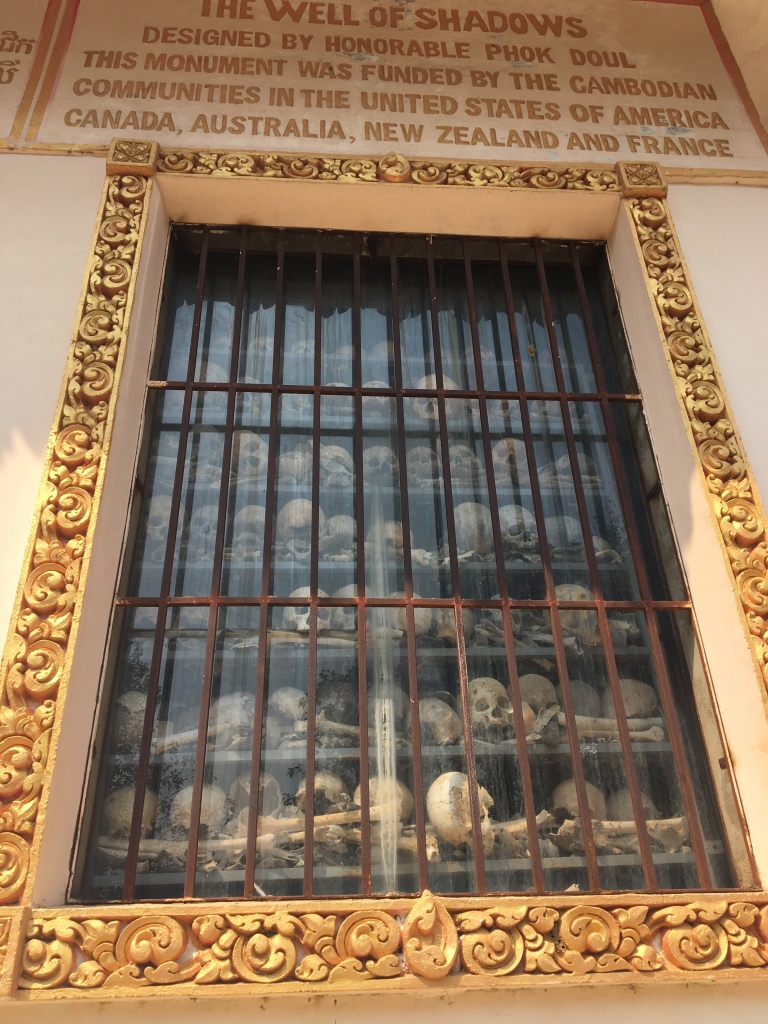 A newer pagoda is built there as well

Laundry day for the monks

And then Wat Pheam Ek extravaganza – an 11th century temple, a new pagoda, and a huge Buddha statue. 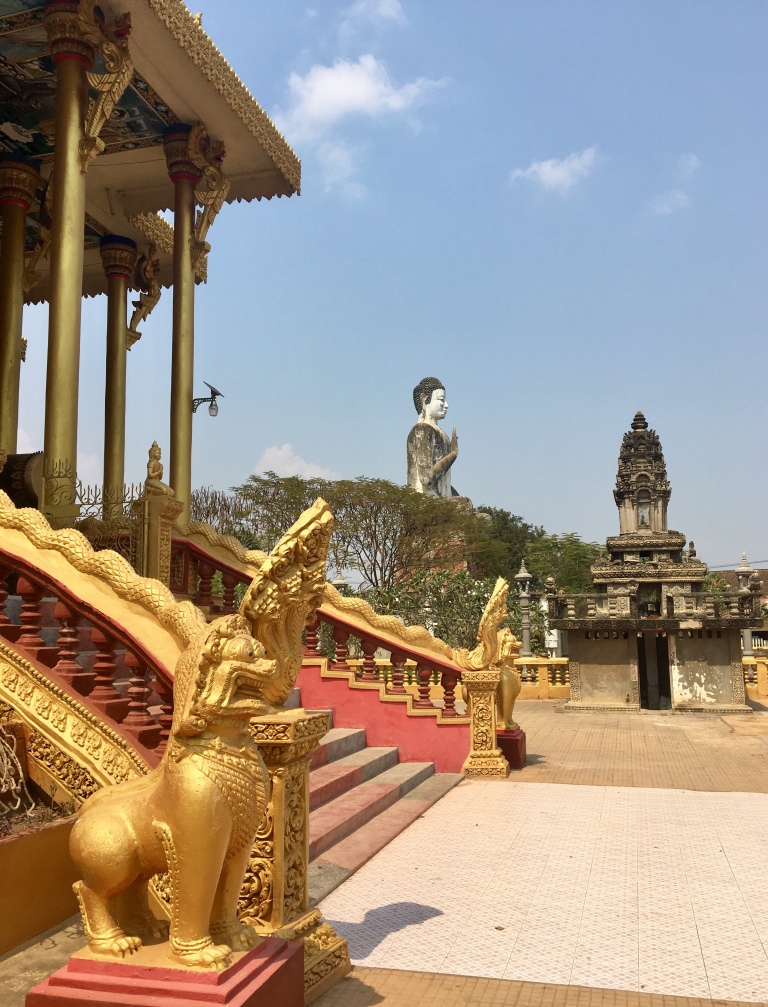 We stopped by a village of Pheam Ek where they make rice paper wrappers for spring rolls, which we had to sample too. The fresh were excellent but the fried won the contest.

After spreading out the rice paste, it was allowed to cook for a minute before she draped it over the bamboo.

The second woman took the bamboo off the wheel, and put the wrapper on the mat. Then it was out in the sun to dry. 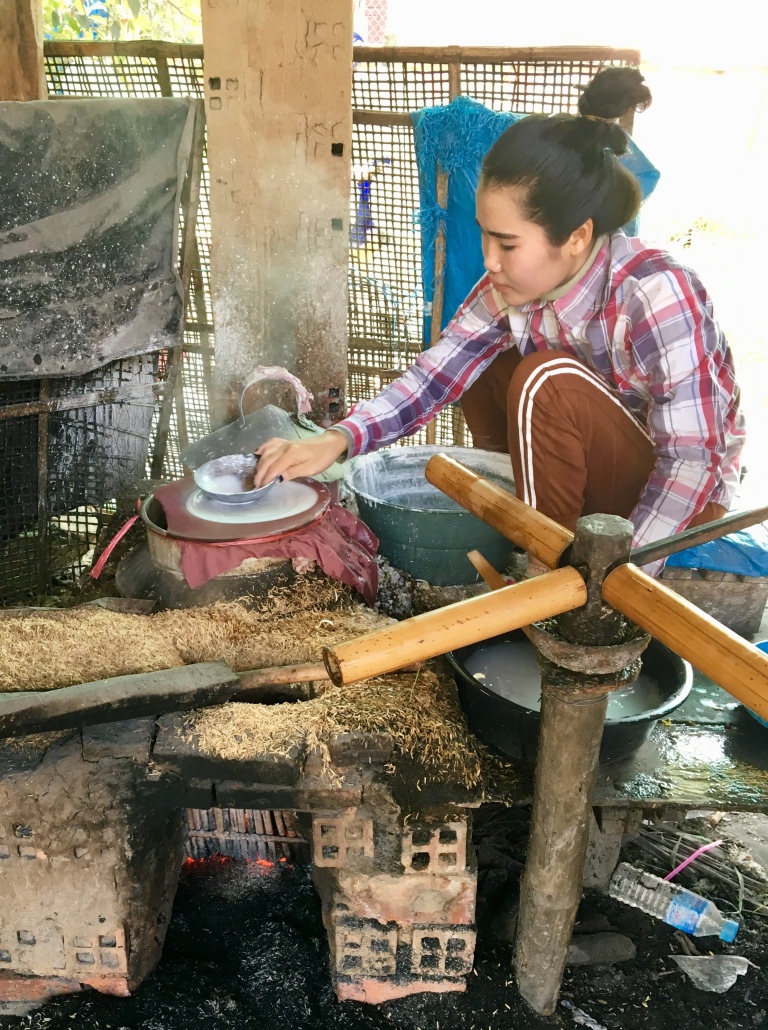 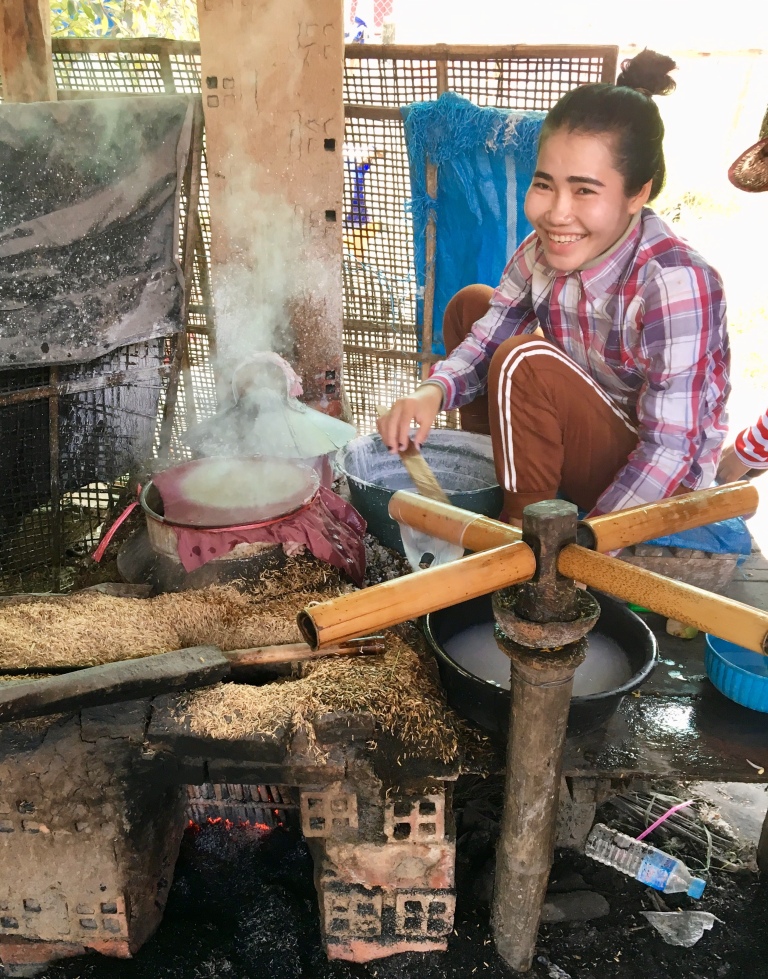 We also stopped to see how they made the bamboo sticky rice, which I was an expert on by then!

With all this driving around, our tuk tuk driver had to stop at the ‘gas station’. They do have regular ones too, but these were everywhere.

In the evening we went to the circus. Phare is a nonprofit school of performing arts for disadvantaged youth who put on shows several days a week. They were brilliant! Talented, energetic and were having fun too! There was lots of acrobatics, but those photos were just a blur!

And this was before she had her knees on the ground by her hands!

Then the next day it was a Khmer cooking class in the morning. I have the recipes so will do a dinner when I’m back!

We went to the market, and thankfully didn’t buy all the bugs and snakes for sale. 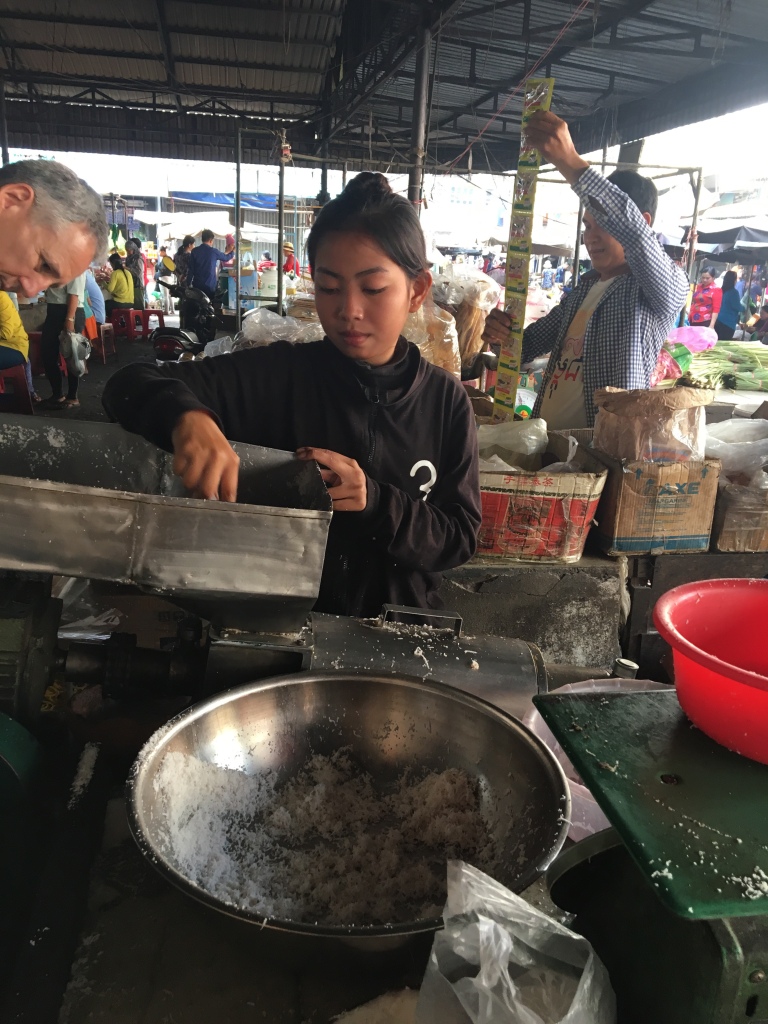 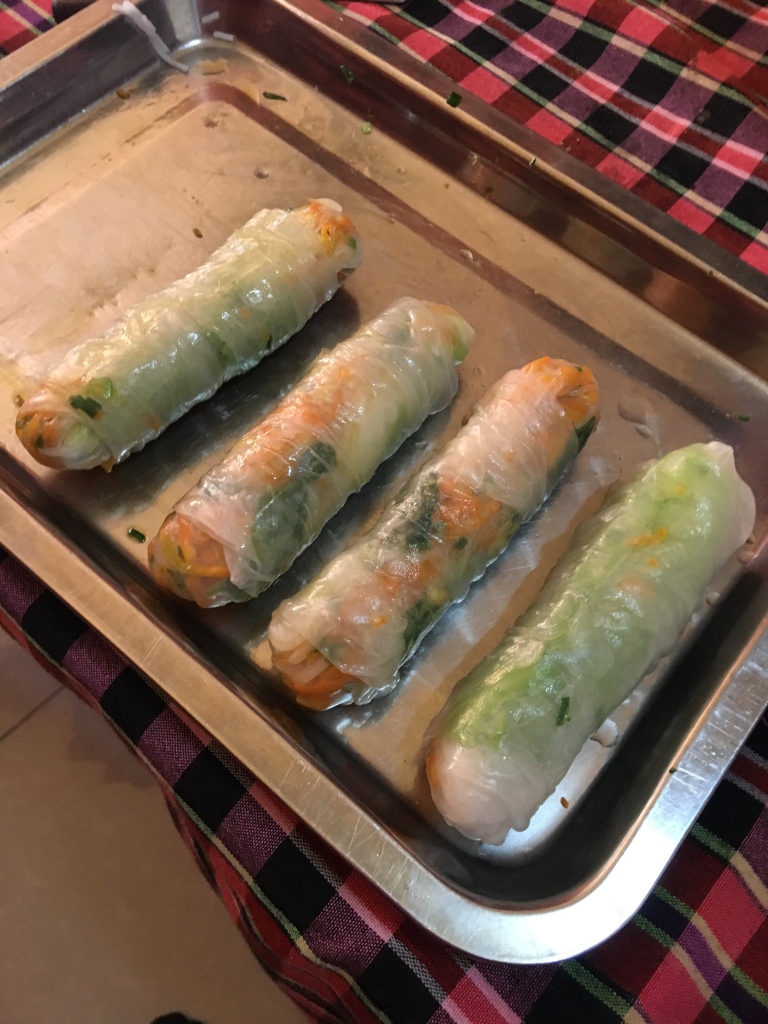 Then another temple! Balan Temple (11th century) with 395 steps up to five towers. 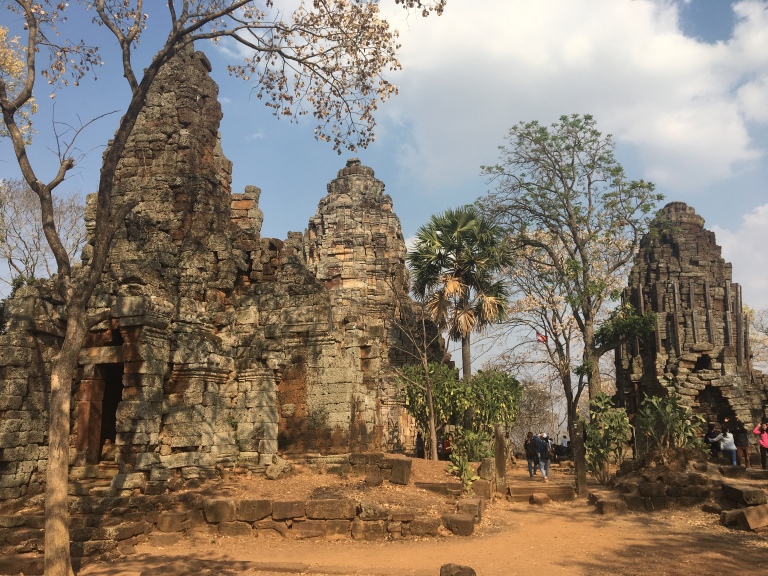 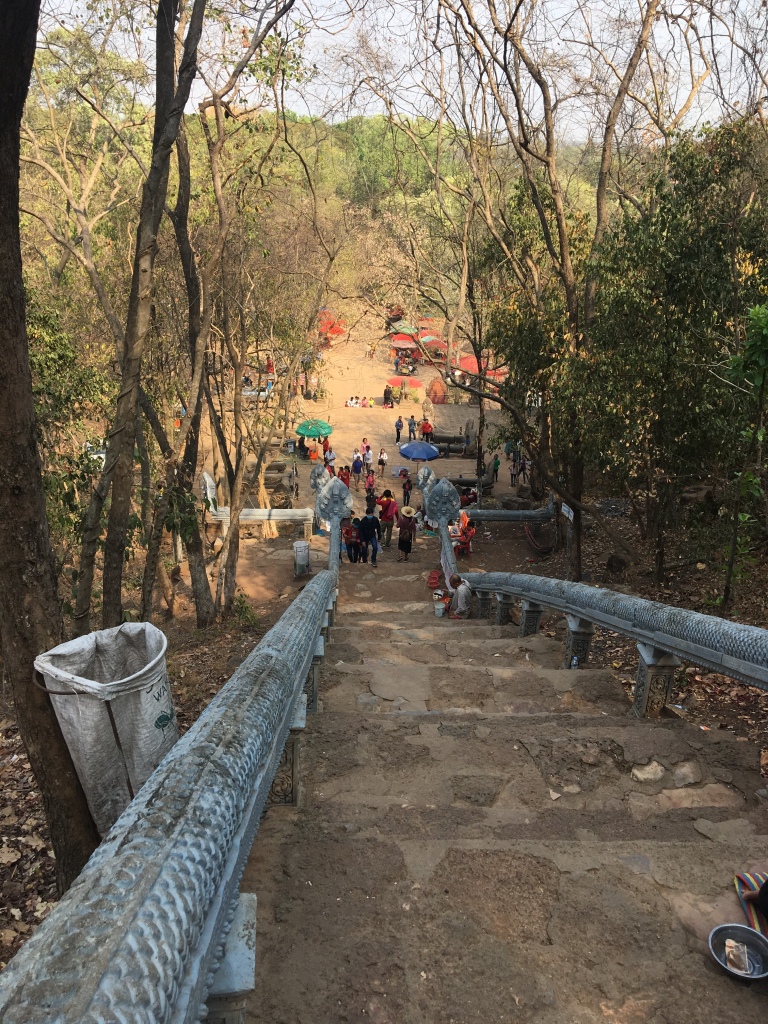 On the way back my driver stopped by a temple where dozens of fruit bats were on the trees. There is another area where hundreds come out at dusk.

I’m getting used to the money. They use a hybrid of US dollars and Cambodian Riel. No coins.

But I’m not getting anywhere with the language. It’s beautiful, but…

The people are absolutely lovely, especially the children. 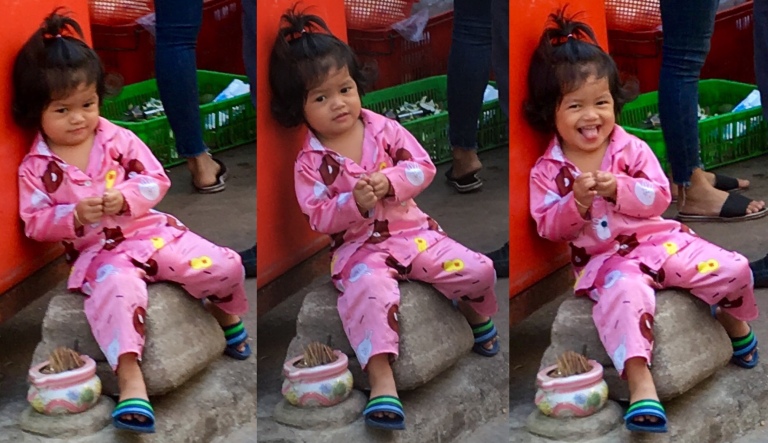 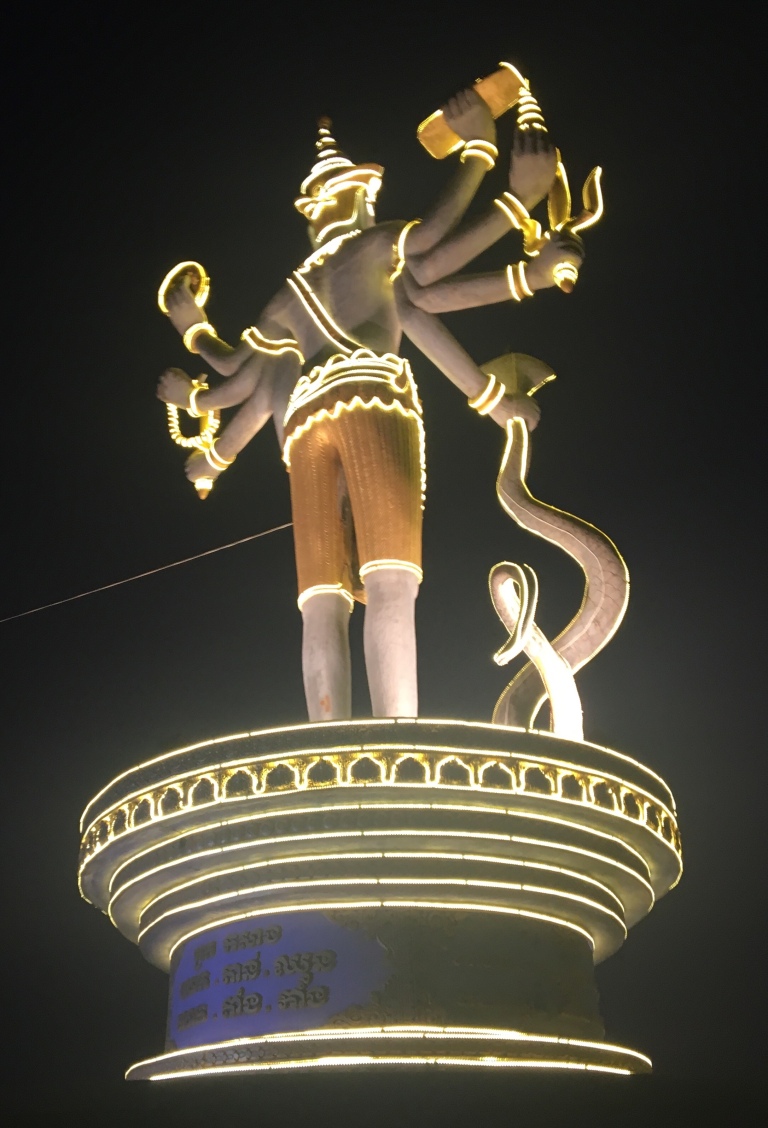