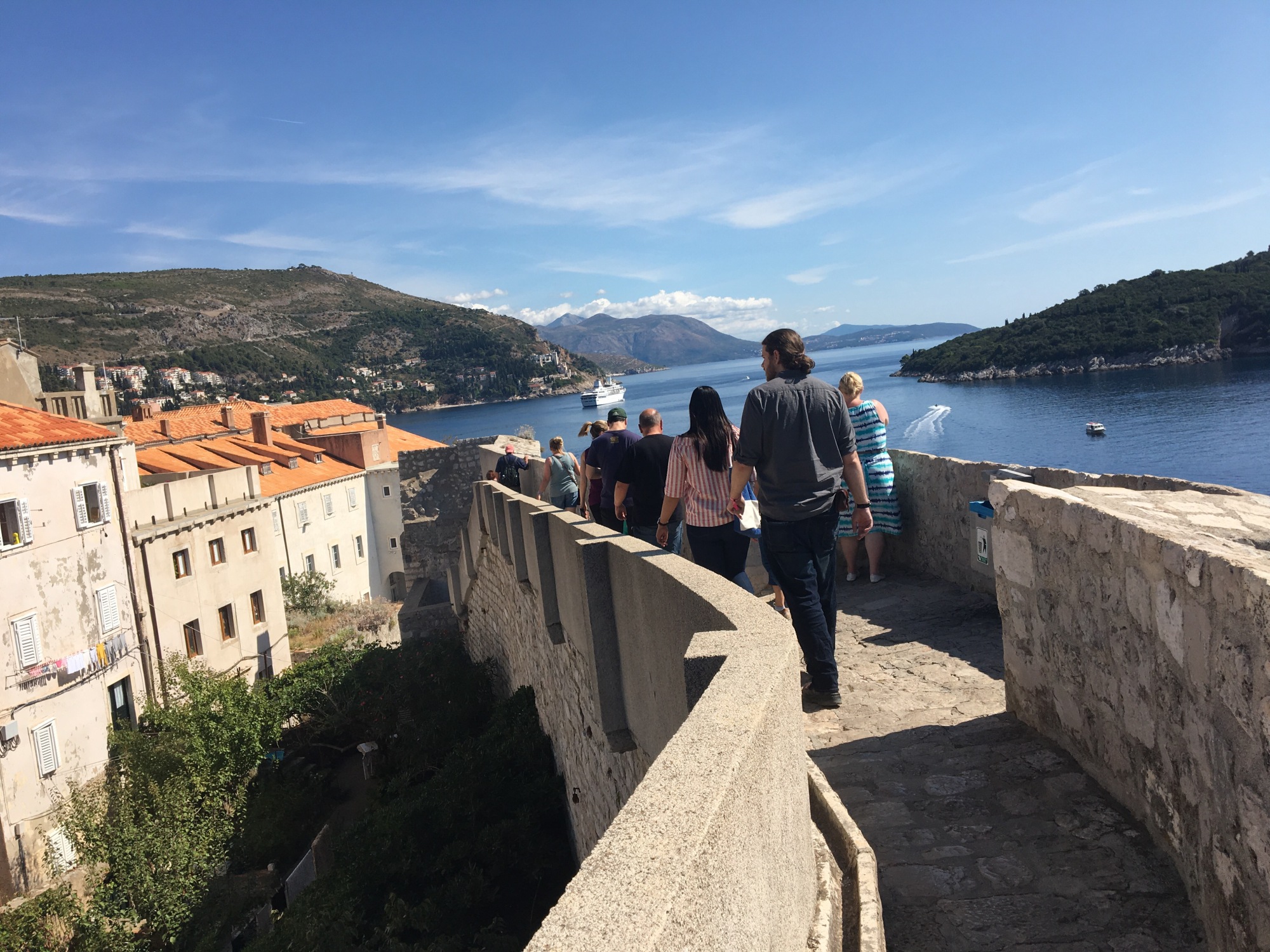 I felt I needed to psych myself up a bit, as I’m not fond of tourist mobs with selfie sticks. I had read that Dubrovnik is a hot destination right now. And talking to travelers before I got here confirmed that the density of tourists, particularly in the old town, was incredible. So rather than my usual preference of staying in the town centre, I chose a place a little outside to give myself some breathing room. That said, Dubrovnik is not the usual city layout with the ‘old town’ in the centre and everything radiating out from it. 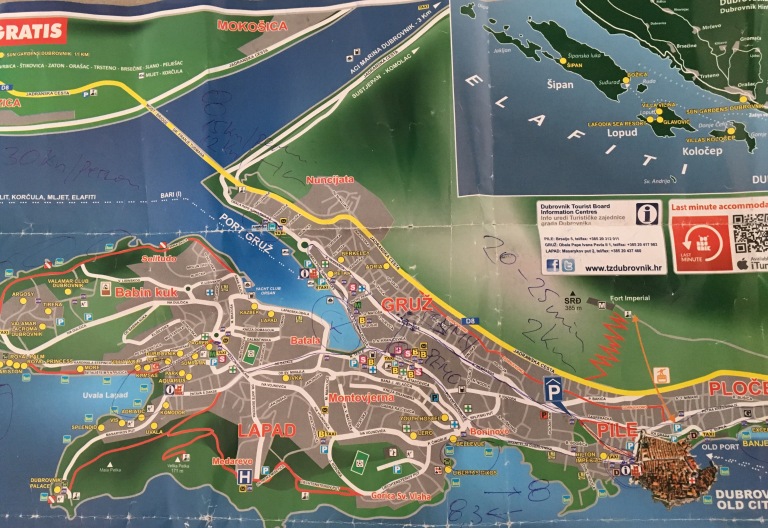 My apartment is about where it says ‘Gruz’. It’s on a steep hillside overlooking the port. (Note the stairs!!). It was more residential than I’m used to, but it’s quiet and I’ve had the best sleep here. If I was only here for a day or two, I would have stayed in the old town. 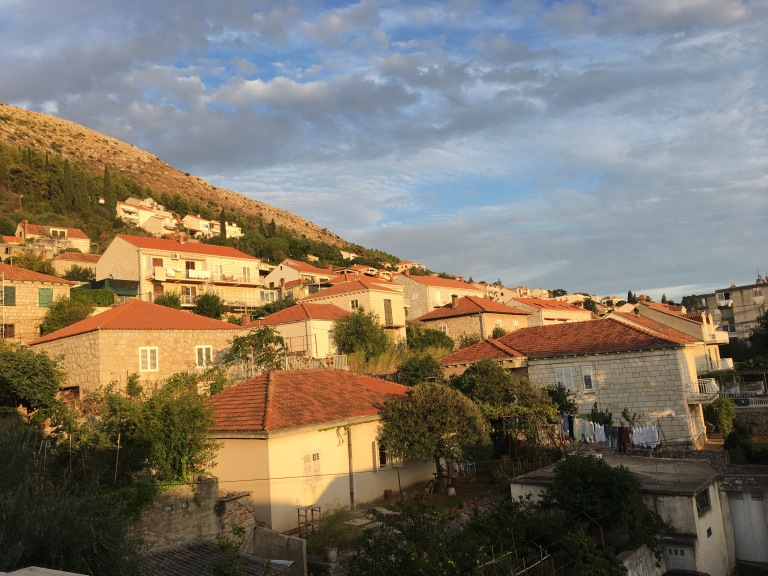 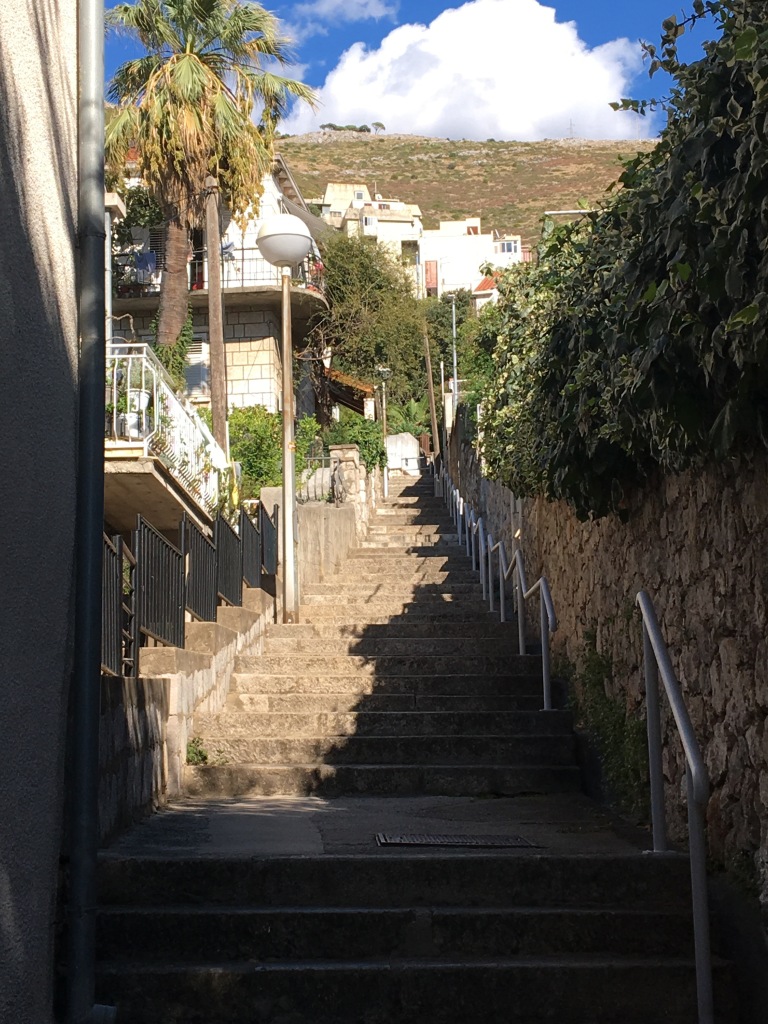 I enjoyed the port area that I was close to, and where the locals shopped at the markets and sat around outside coffee shops. 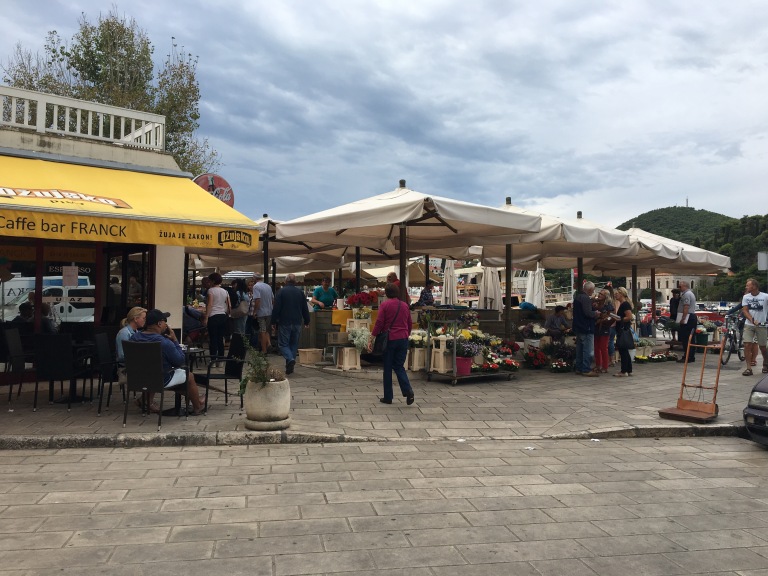 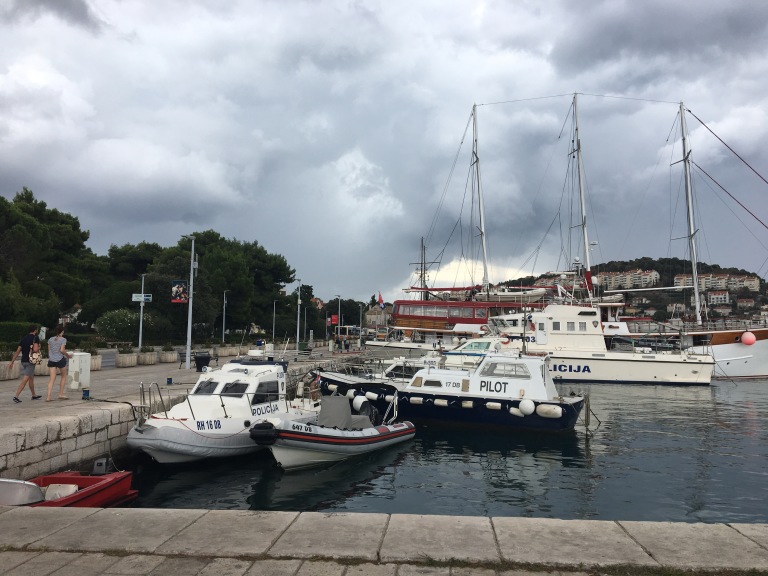 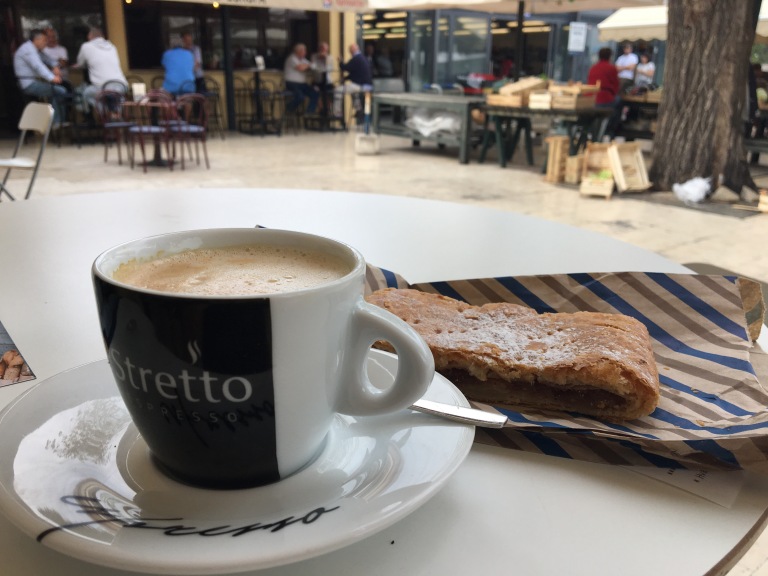 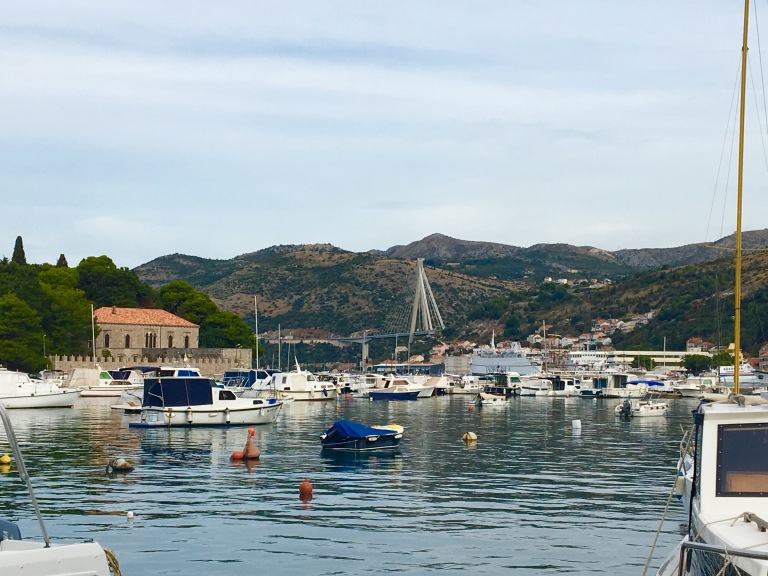 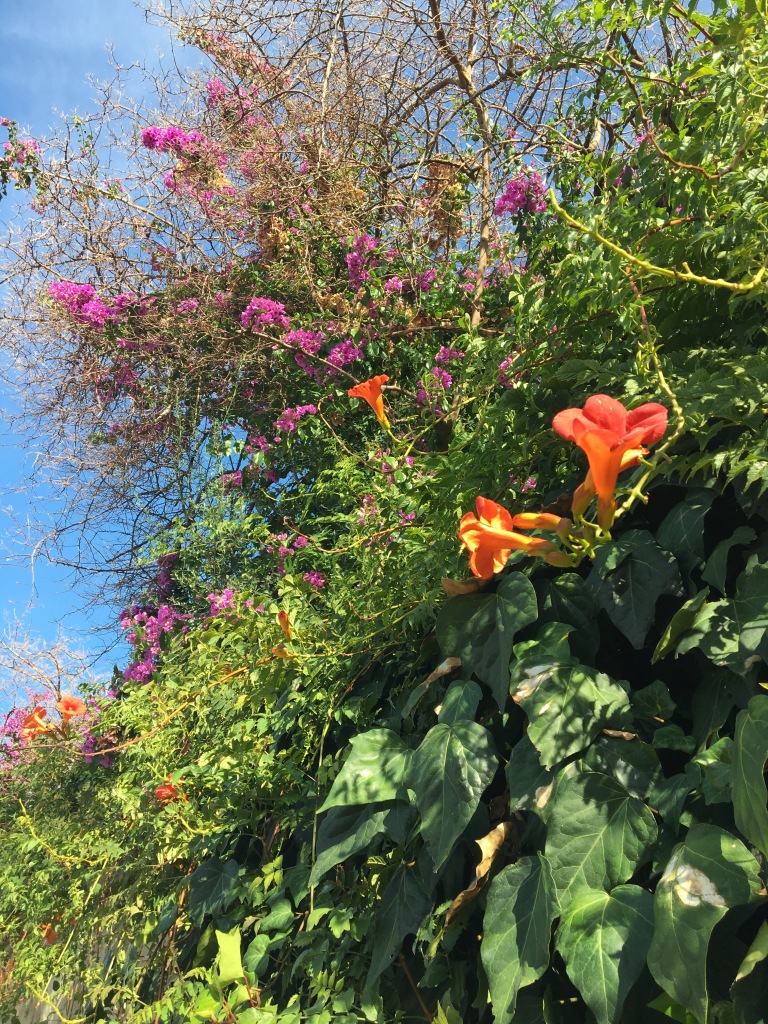 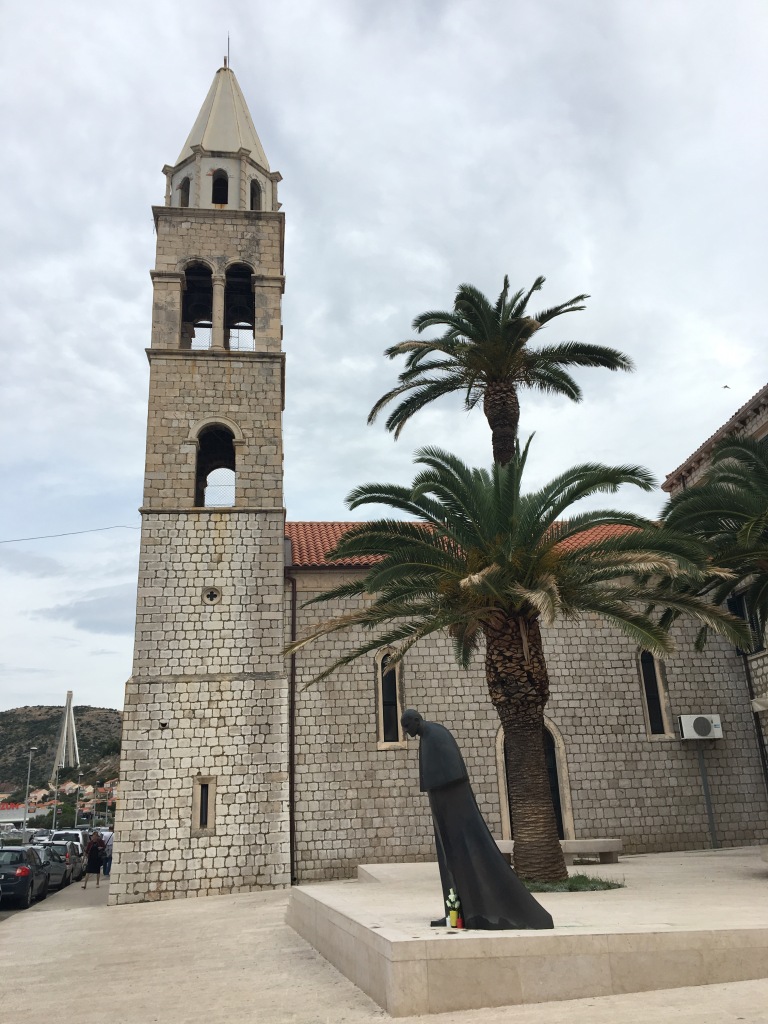 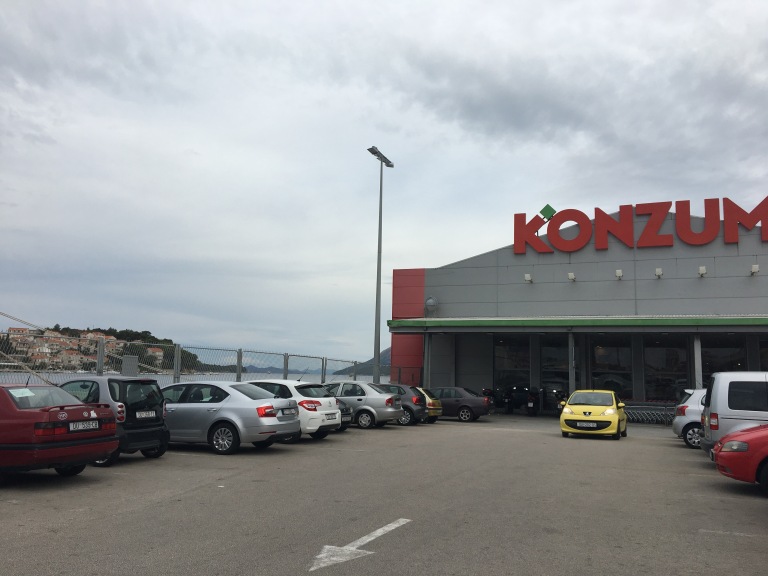 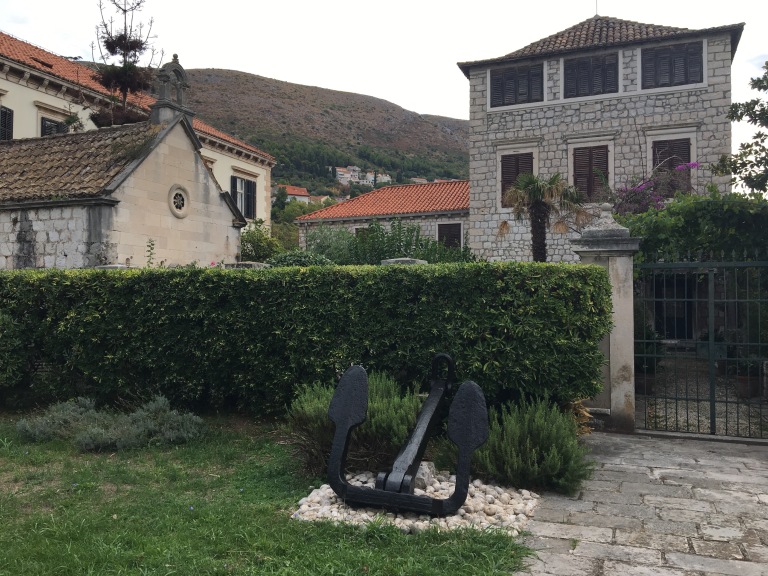 Then there is the ‘old town’, a location that has evidence of settlement beginning in 1st century BC.  Most of the present buildings are from 15th to 16th century.

You enter through the gates to the ‘Stradun’ or Main Street, which extends about 300 meters. From there you can exit to the ‘Old Port’ which is full of boats with sales people hounding you to ‘take their excursion’. Their twins were also outside the city gates.

A major site is walking along the perimeter walls (2 km), which have MANY stairs. My Fitbit recorded 62 flights of stairs that day, compared to just regular 27.  The soldiers must have been in good shape! 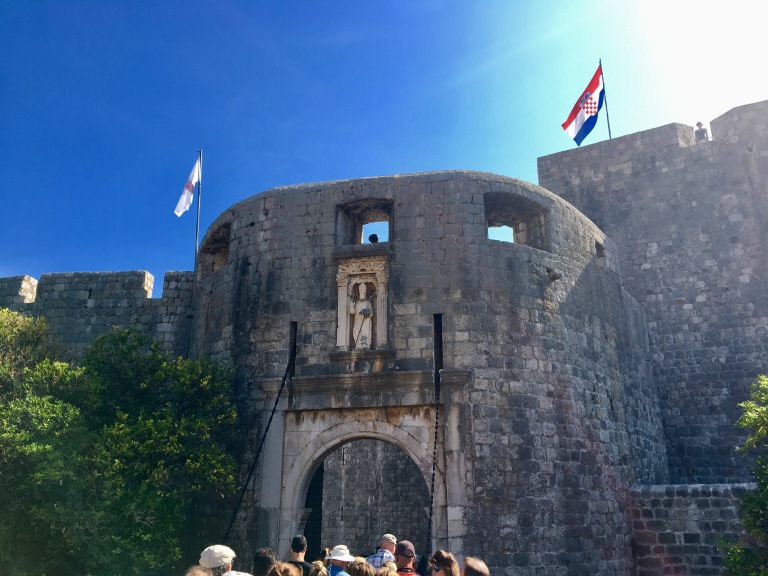 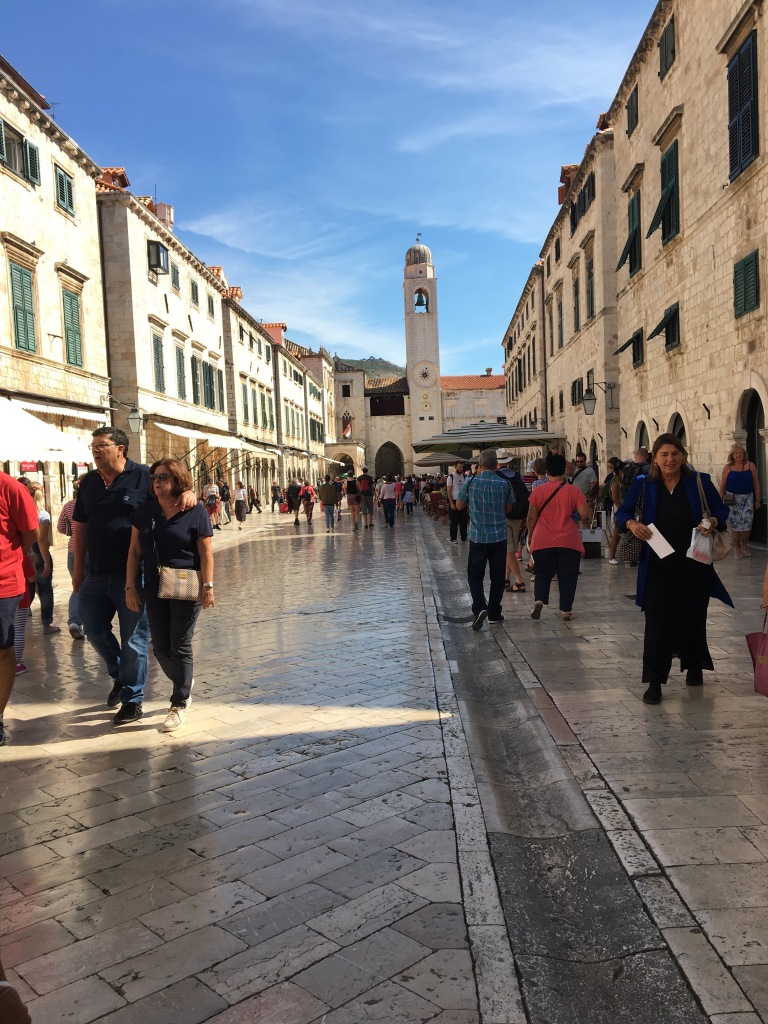 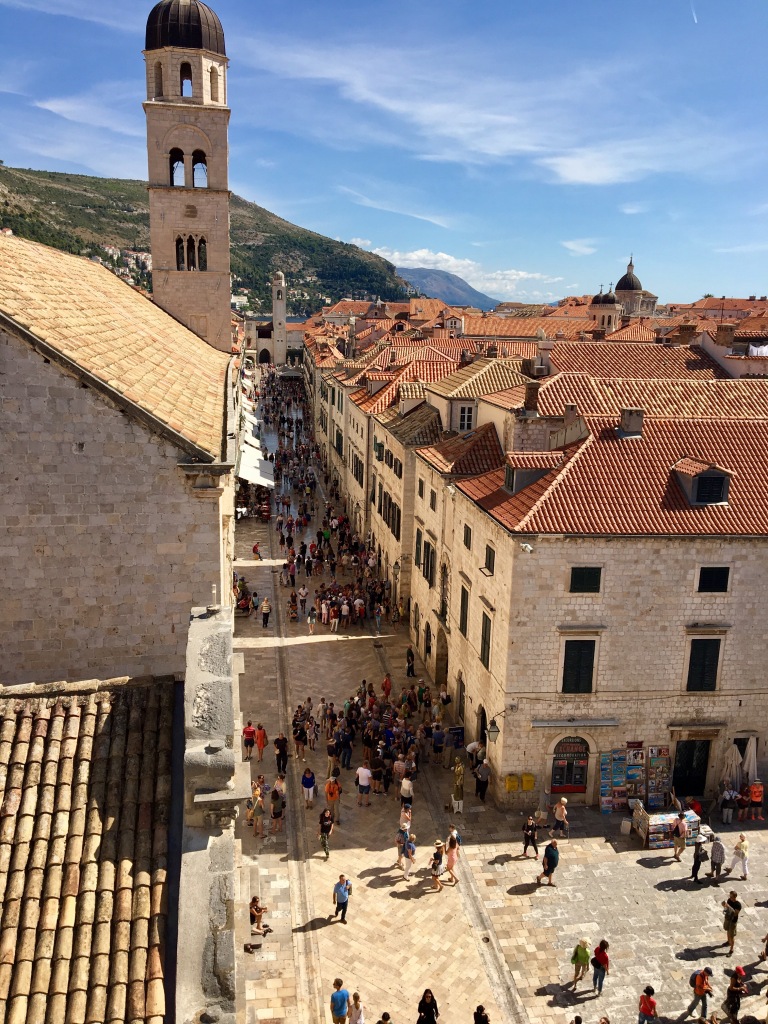 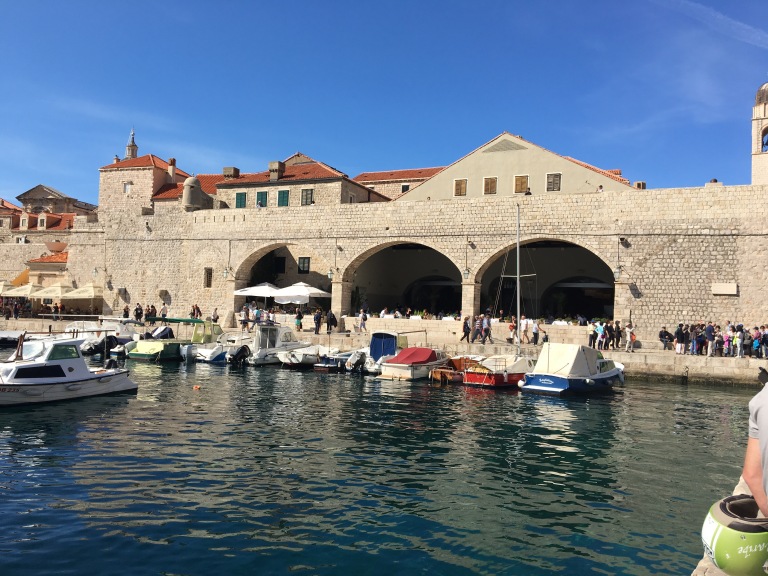 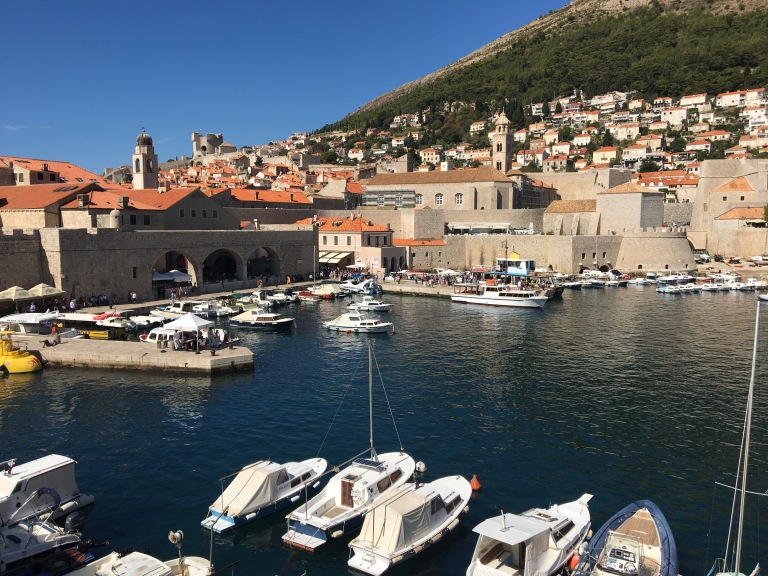 The side streets are narrow and full of restaurants to feed the hordes. There are several churches, including the Cathedral. There are tours designed to cover all the Game of Thrones filming sites (which I know nothing about!) 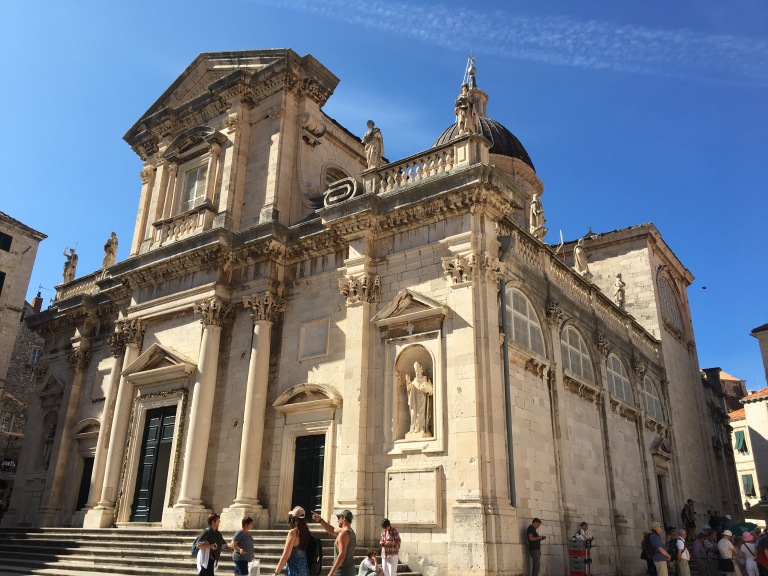 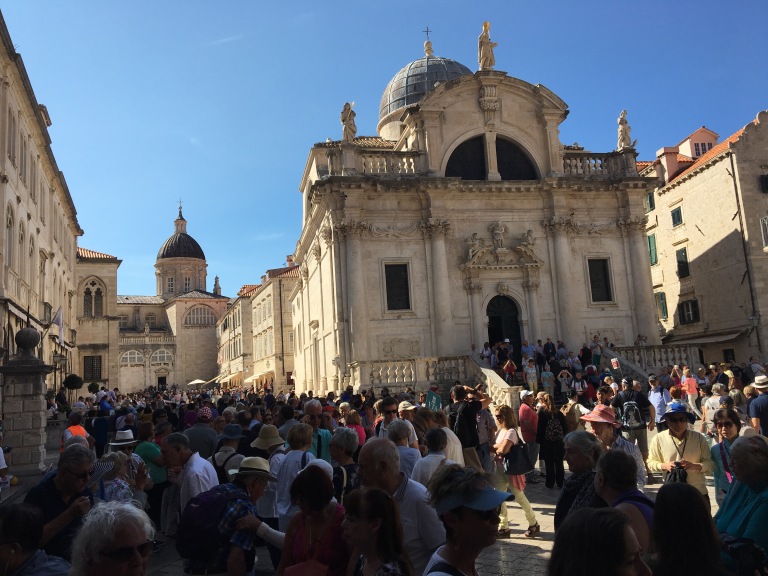 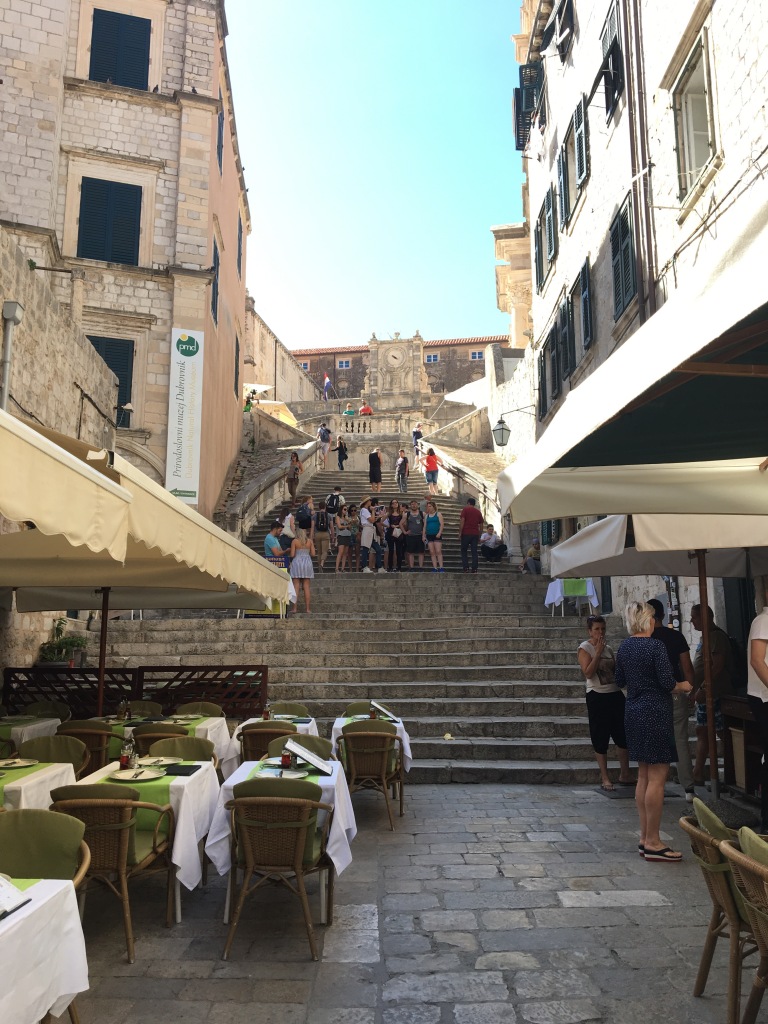 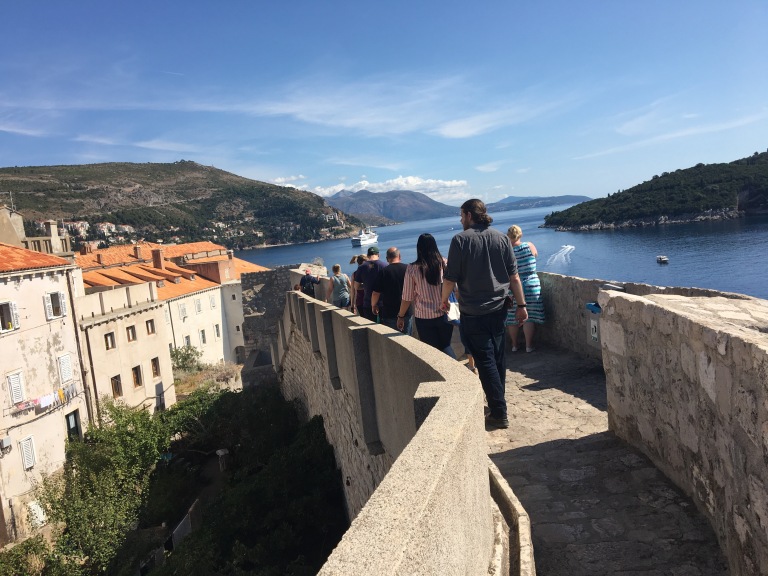 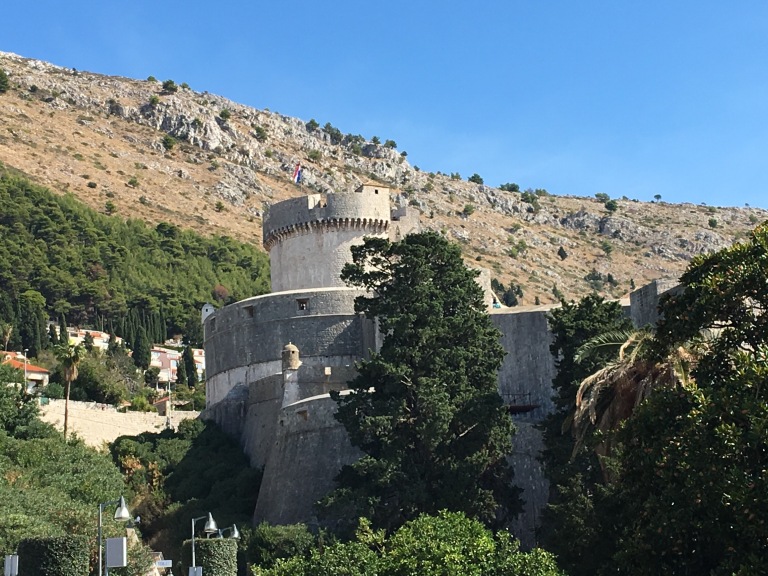 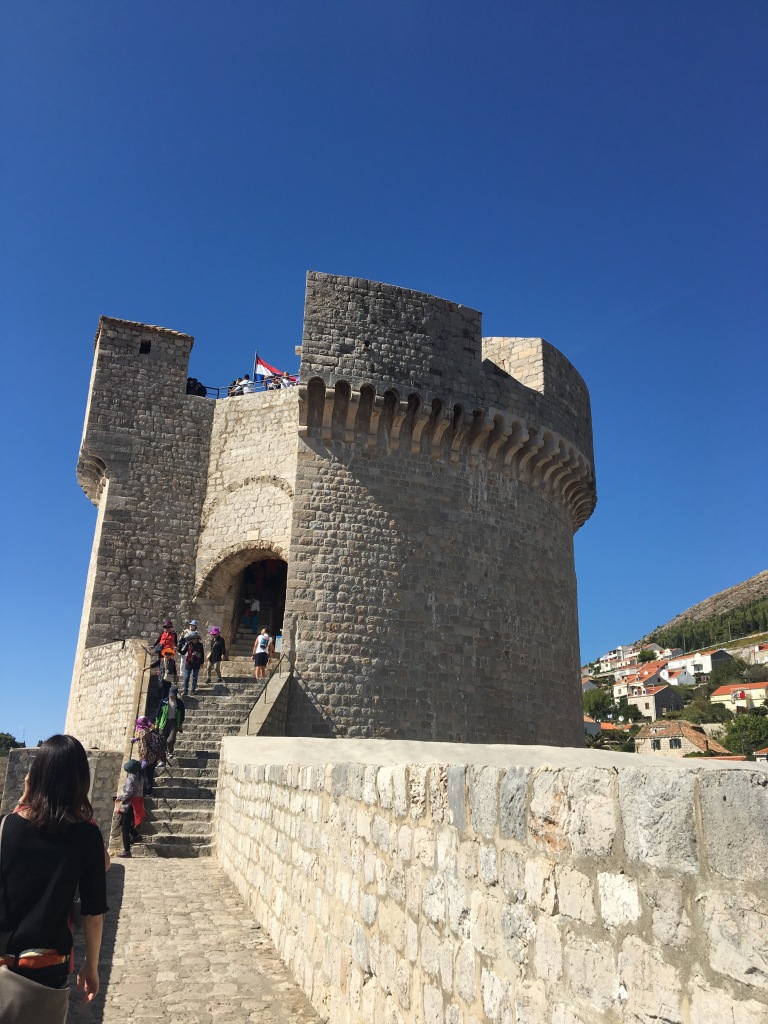 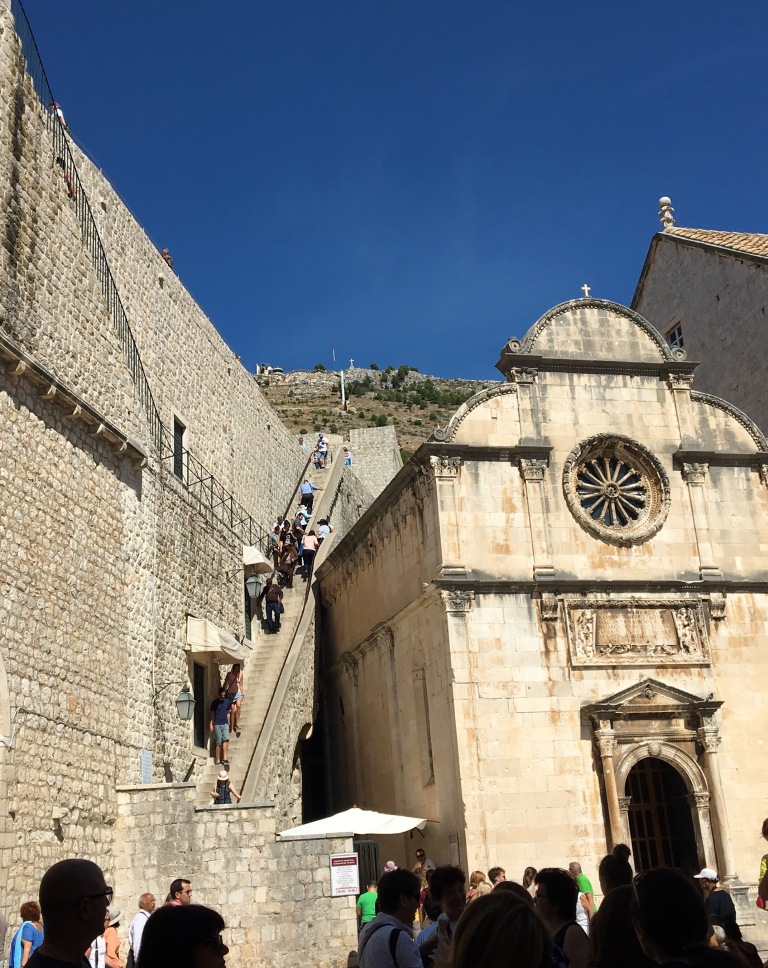 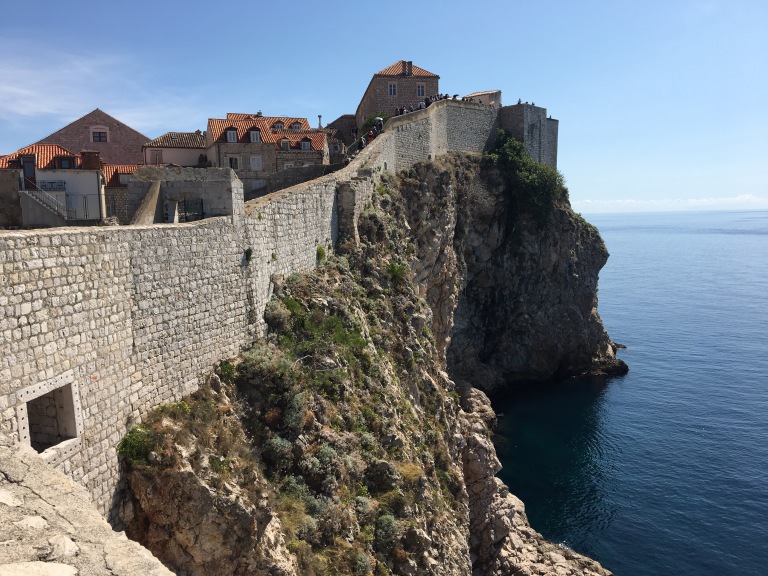 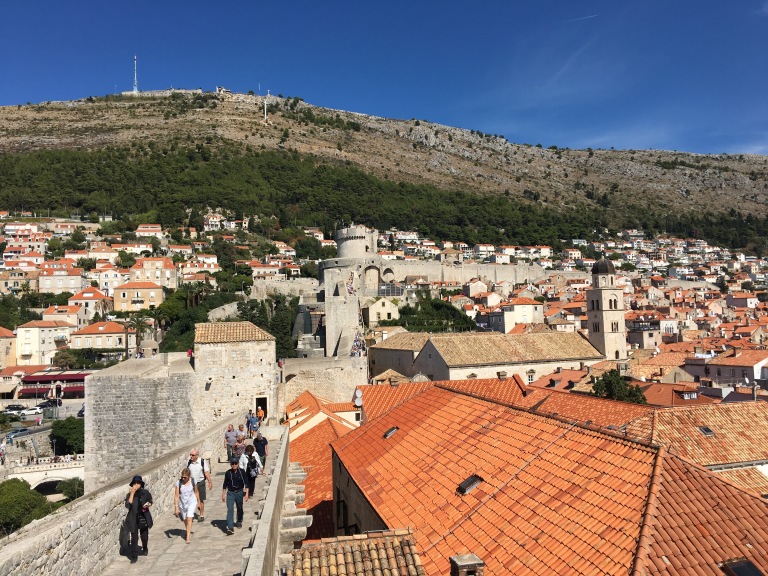 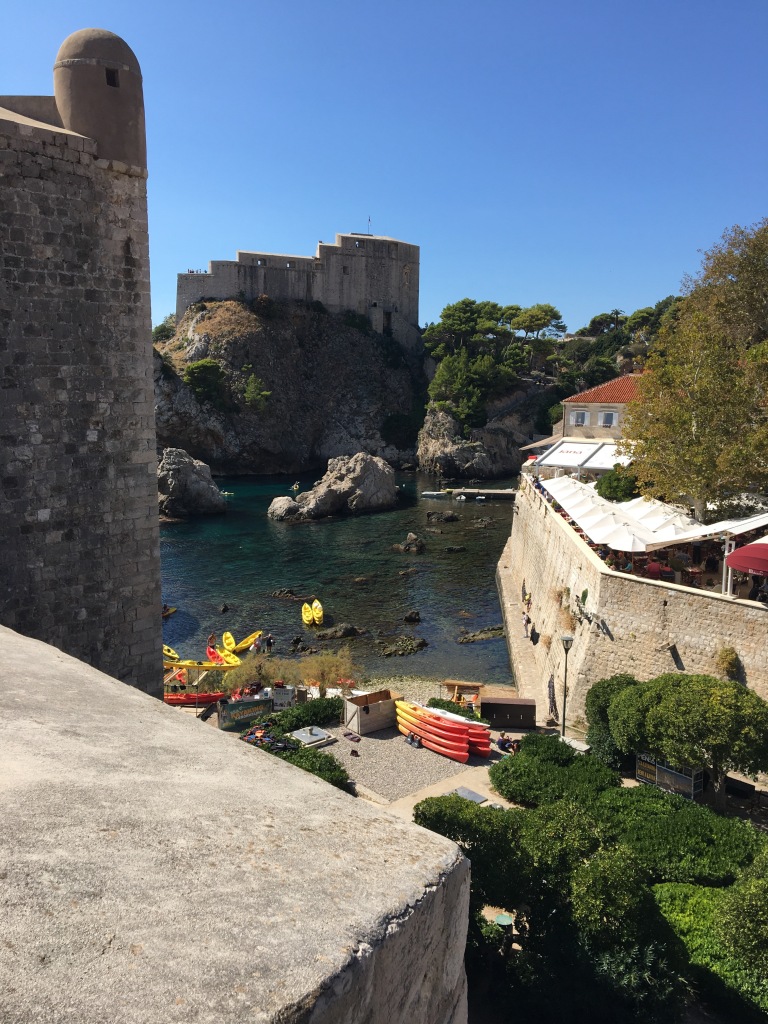 And the food!  I finally got to try the black risotto. The ‘black’ is squid ink, and it’s rather like eating in the dark because you can’t easily see what it is!  But is very tasty, mild, with little bits of cuttlefish and squid. I also had octopus salad, another classic Dalamcia dish, and fresh tuna. 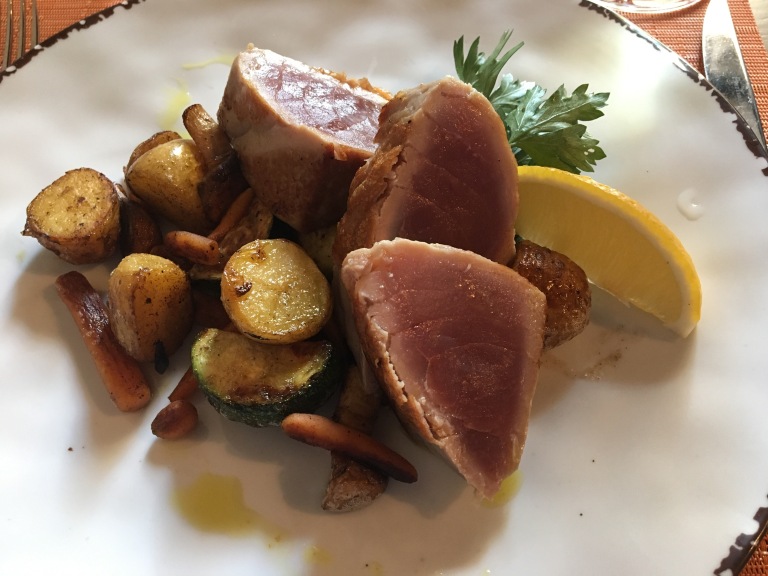 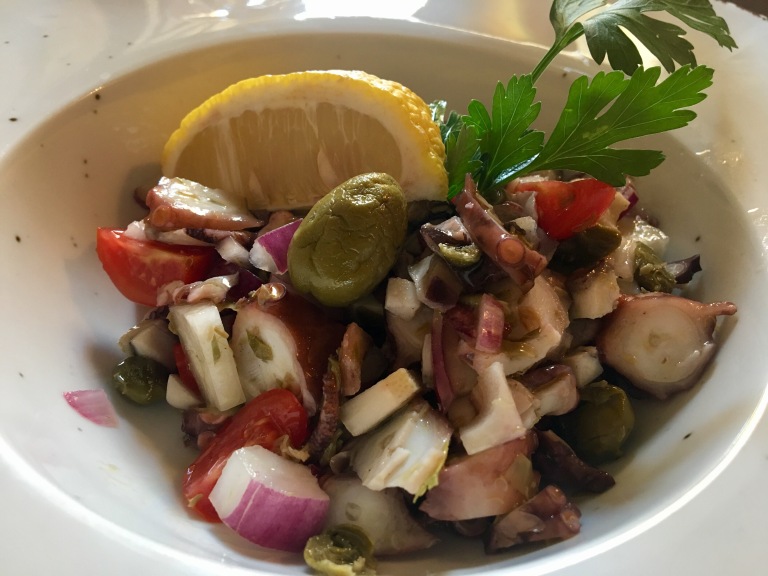 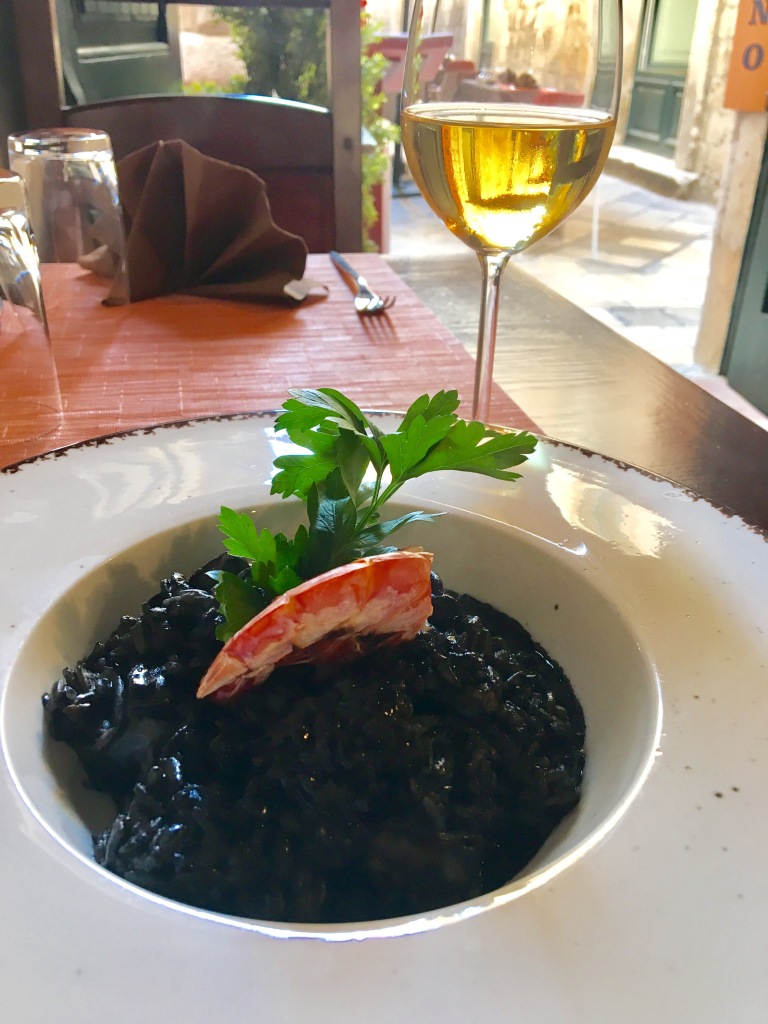 So today I’m off to the airport for Barcelona. From there I catch a train north to stay with a friend. Veronica is British, but also has a house in Estartit. I met her in Merida last winter. Hopefully all goes smoothly – I have to take the train from Barcelona airport to the city, then find the right train to Girona.

2 thoughts on “Dubrovnik, ready or not”