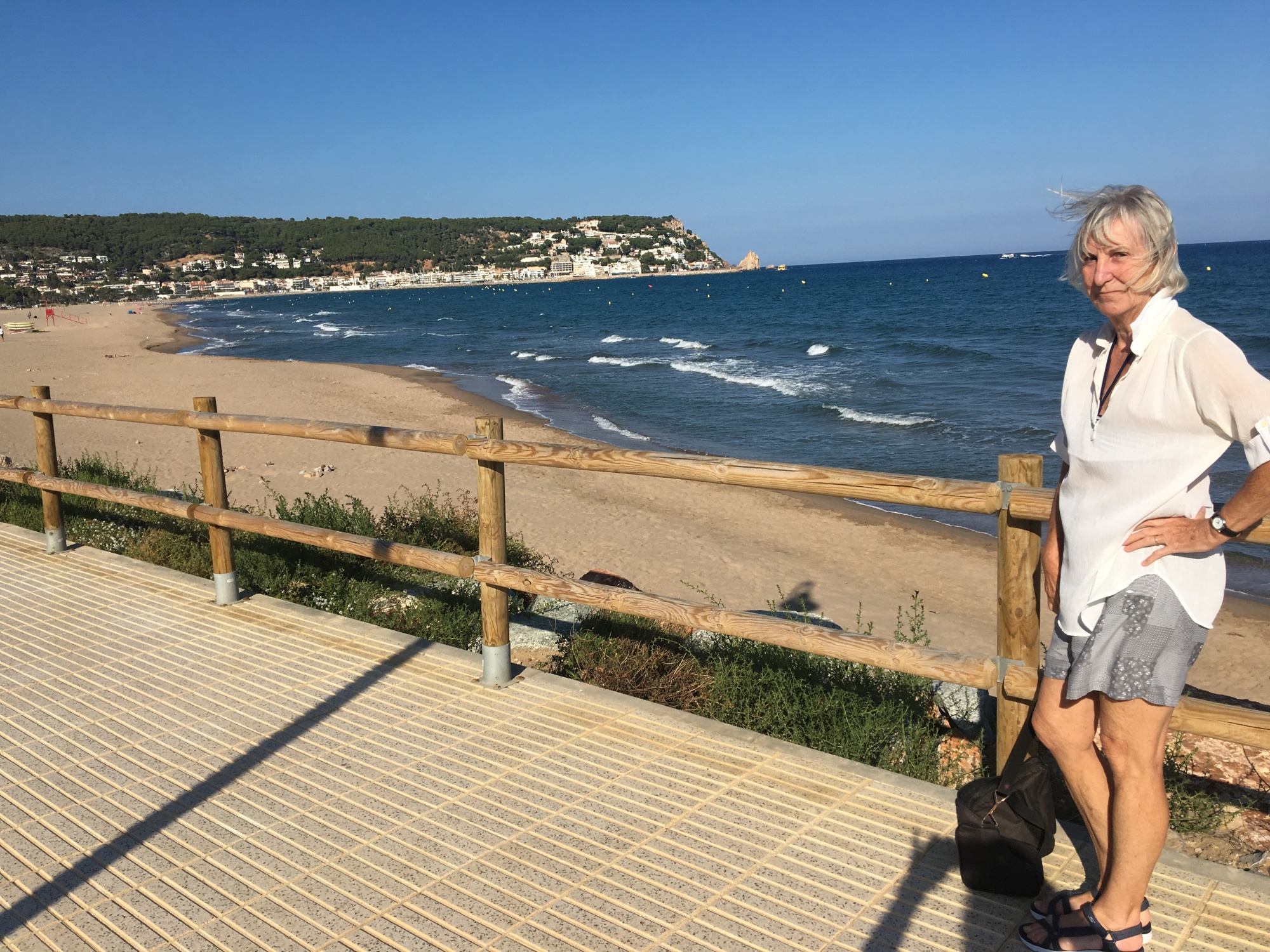 I really enjoyed being pampered at my friend Veronica’s house!  I arrived twelve days ago after a delayed flight from Dubrovnik to Barcelona, a 30-minute passport control line, a transfer to another airport terminal to find a train downtown, then the train north to Flaca. So by 915 that evening, I was very happy to see Veronica waiting for me on the train platform! Especially since the phone number wasn’t working right and I couldn’t tell her I as not on an earlier train…

It is like a bed and breakfast, with tour guiding included!  Estartit is part of the north east coast of Spain called Costa Brava, a popular summer destination. I understand it is jam-packed in the summer, but this first week of October it is getting quiet and we are seeing some businesses closing up for the year.  Veronica knows the area well as she has had property here for 42 years, and now comes down May-June and September-October from Cornwall, England.

The town is on the coast with a beautiful beach that stretches for miles. This morning walk was an hour down the beach, and then back, with just the sound of waves. 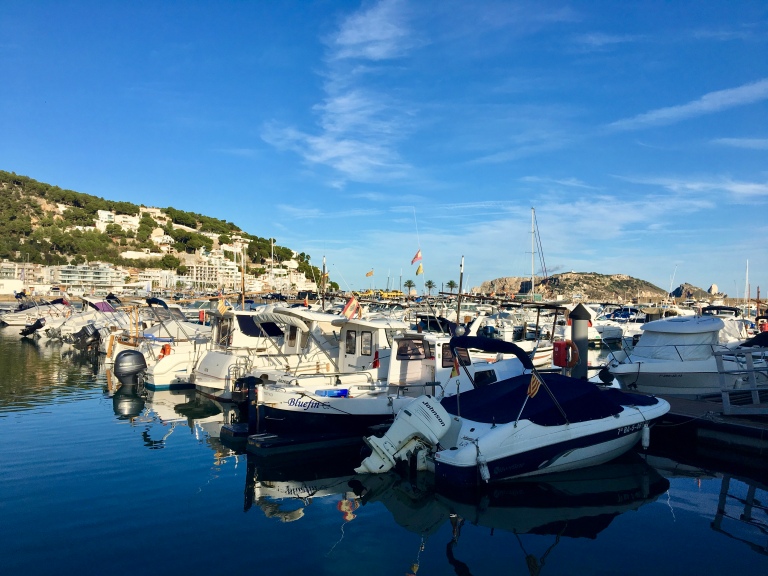 There is also a huge hill that shelters the town. We climbed to the top of the cliff overlooking this large rock outcrop (can you see the fence on the top?) 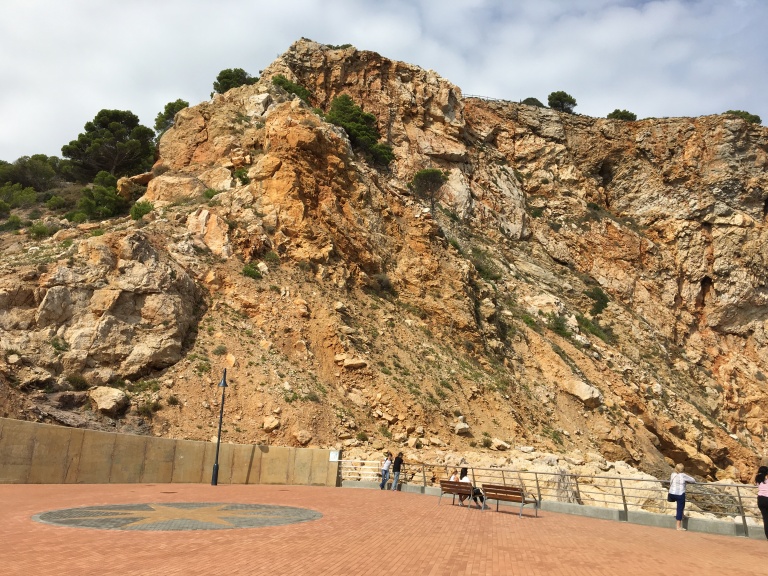 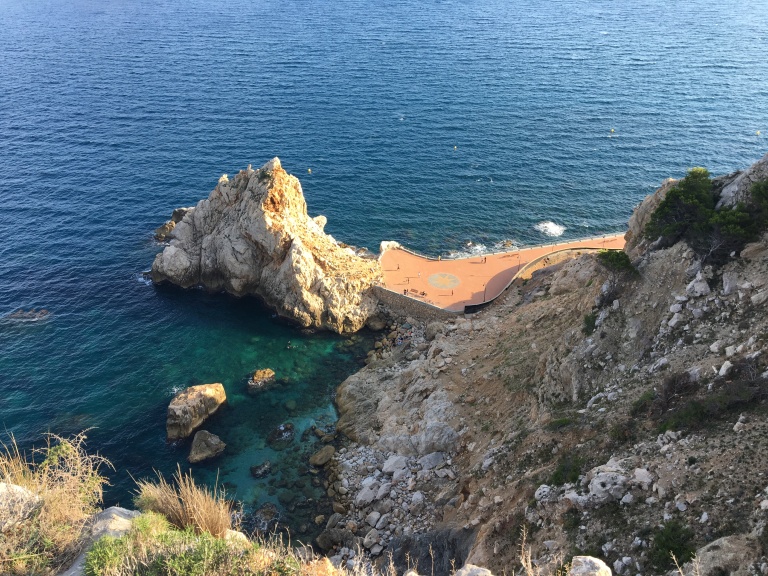 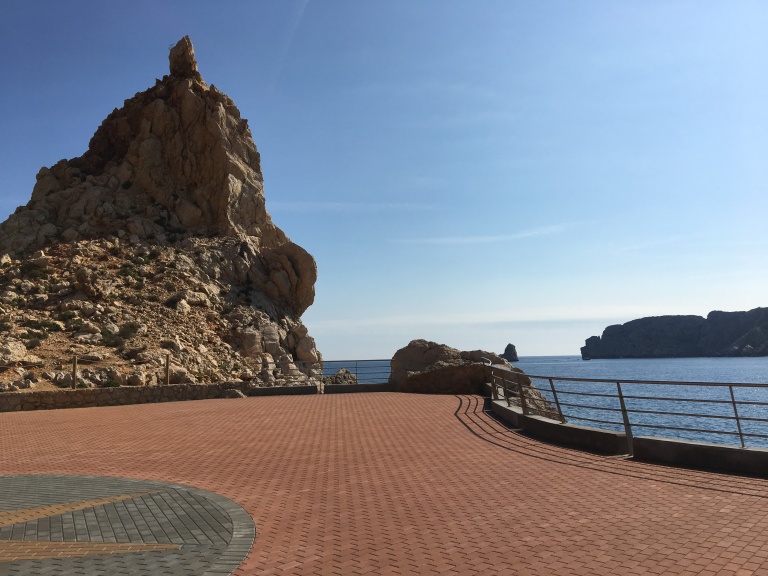 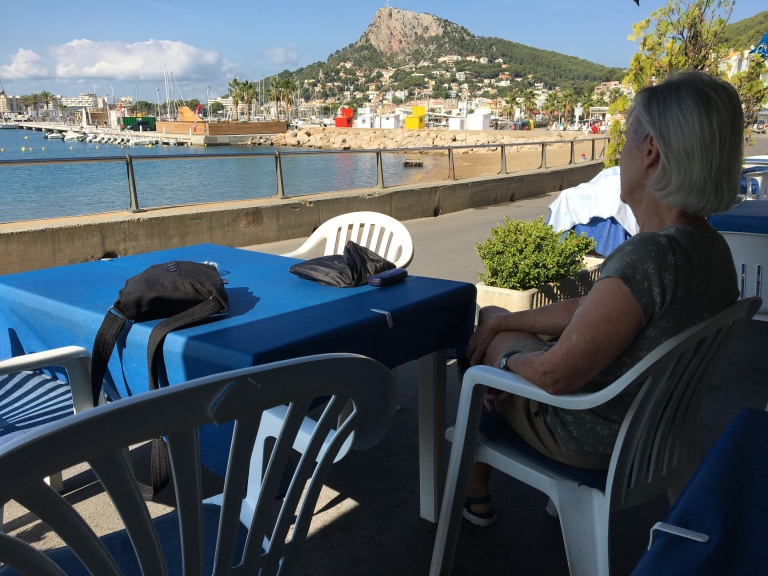 These are small islands off Estartit that are now part of a Natural Reserve. Access is not allowed but they are very popular for divers. I took the tourist boat and we could down in the catamaran hulls to look at fish. 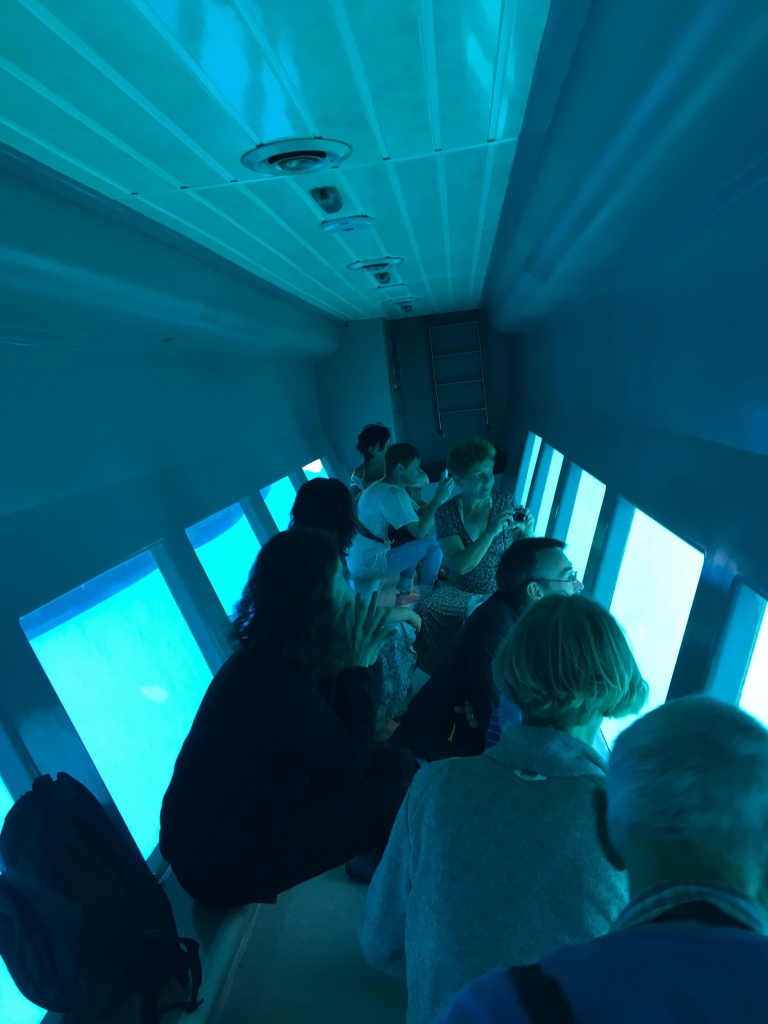 There have been Catalonia flags everywhere. If you have been following the news this week, Catalonia (the province I am in) had a separation referendum on Sunday.  The national government said it was illegal, and there was violence while people tried to vote. On Tuesday Catalonia declared a general strike, so everything was closed.  In one town we were in, demonstrators met in the town square, tractors paraded the main street and then blockaded a major traffic circle out of town. We managed to hit all of these without any idea of what the plan was. Luckily Veronica knew the back roads so we could get home!

I’ll be watching this closely as my next destinations of Girona and Barcelona are still in Catalonia.

One of the beautiful towns Veronica has been taking me out to. Love the narrow streets with beautiful old medieval walls, arches, and towers. 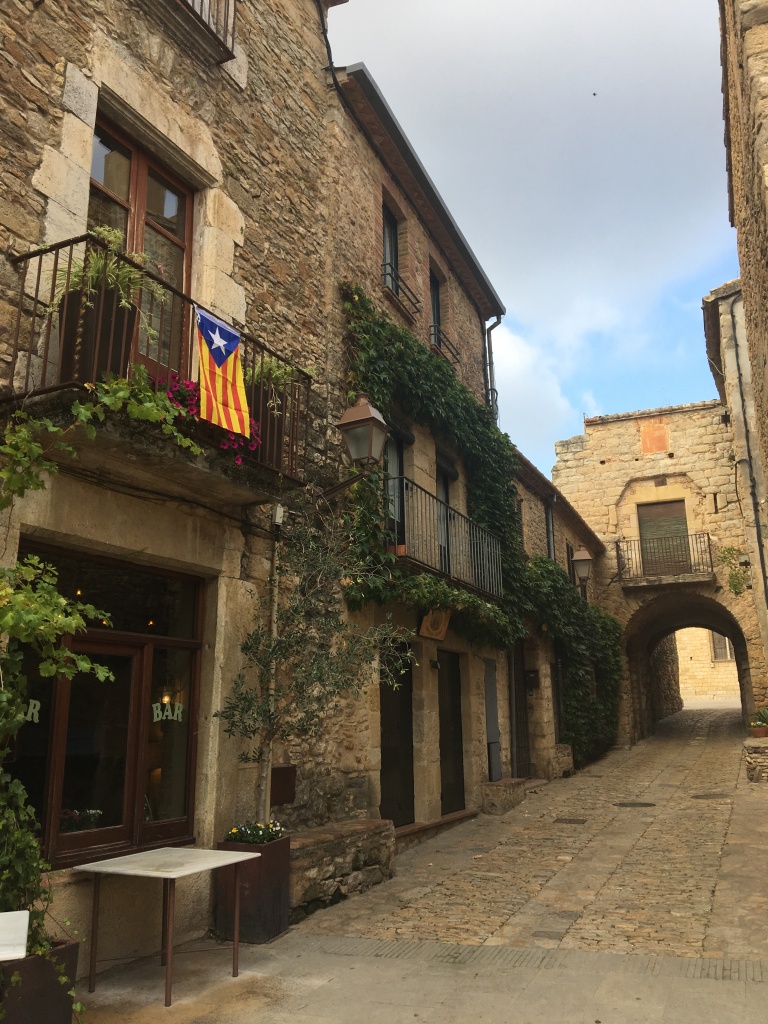 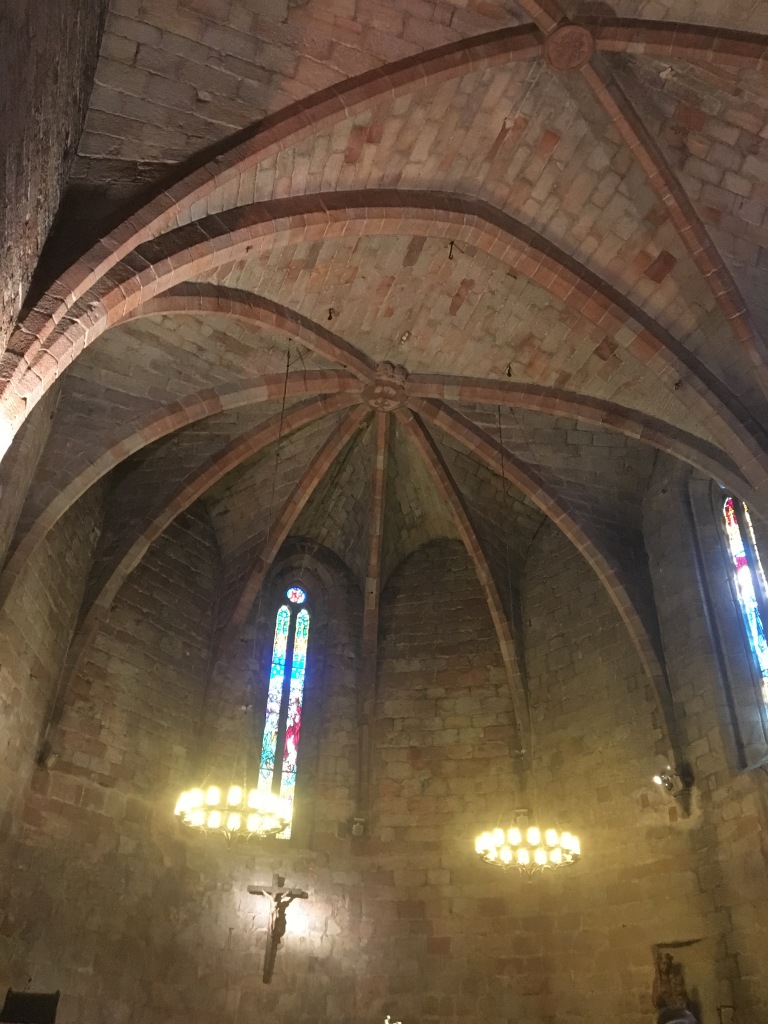 With it’s castle perched on top of the hill. 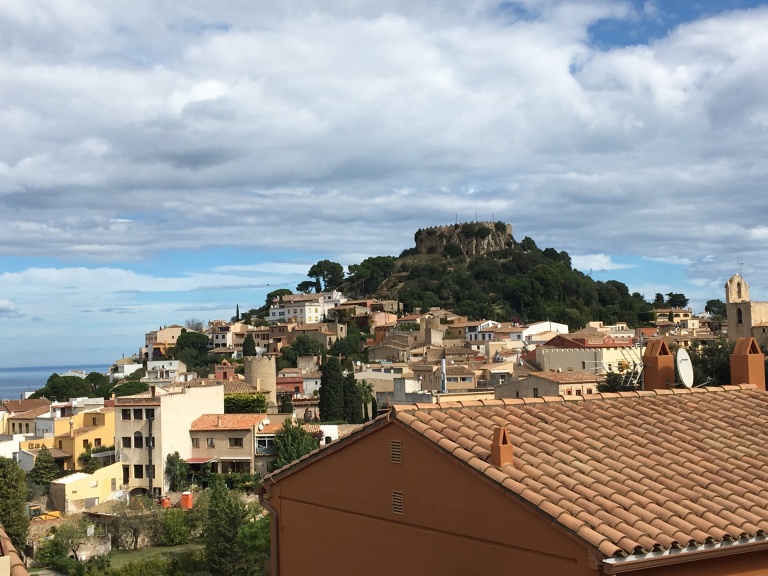 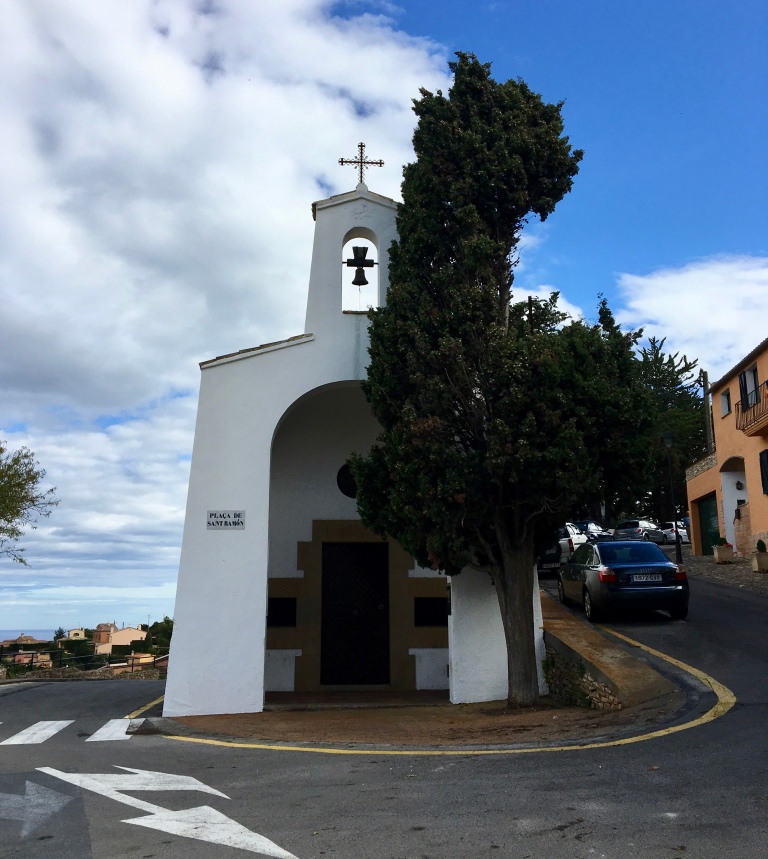 You can see Estartit in the distance, across the bay 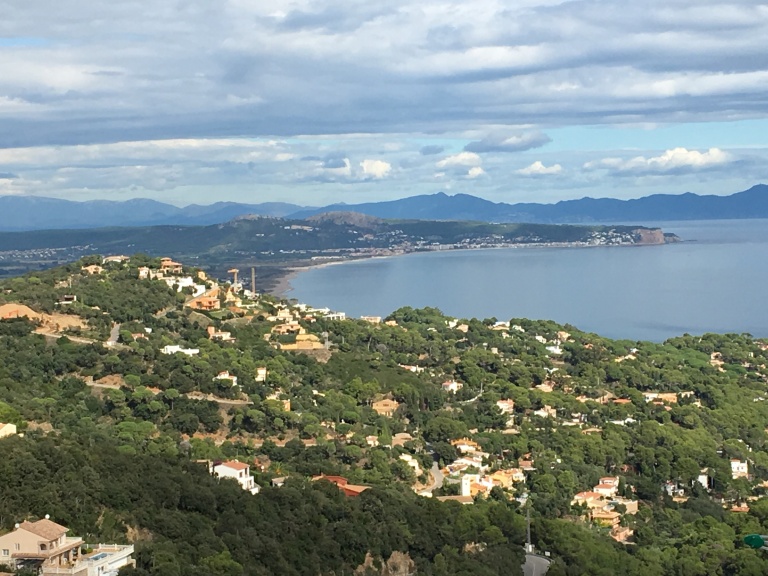 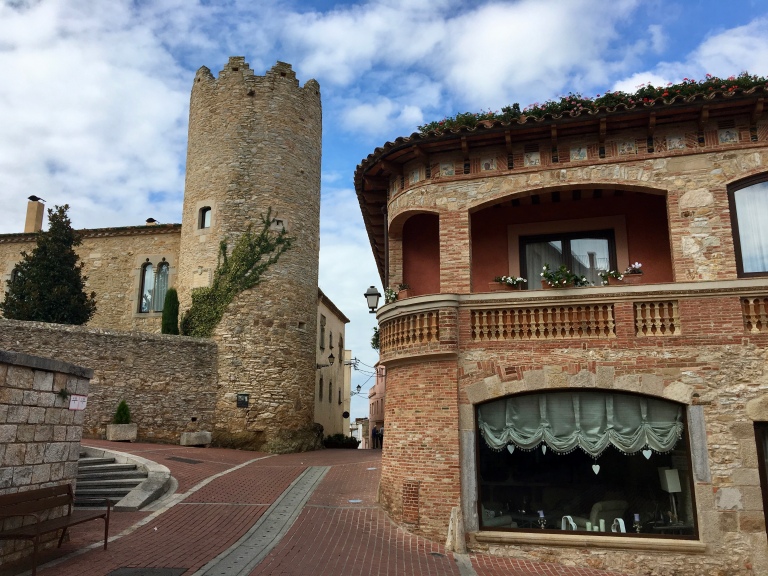 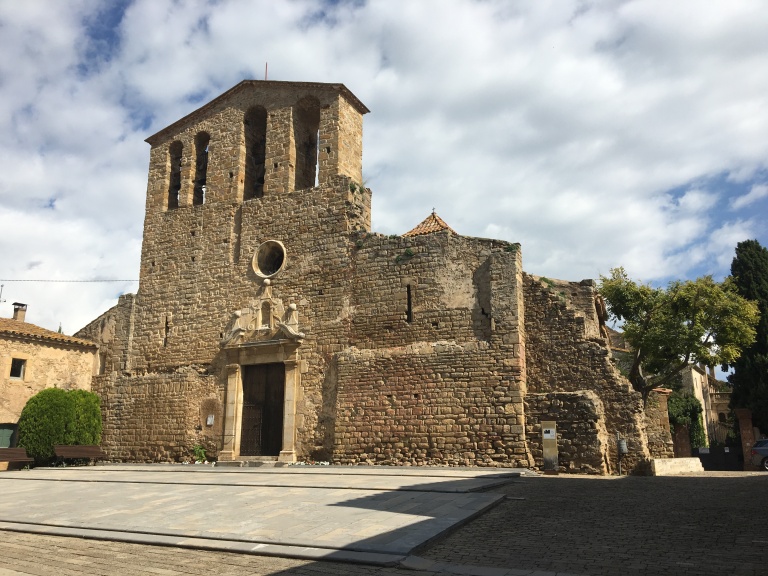 This is a fascinating site with the ruins of a Greek town, as well as a Roman town beside it.  It was a well located site for trading that dates back to 6th Century BC. Excavations started in 1908 and only about 25% of the site has been uncovered so far – the Roman site itself is over 55 acres. 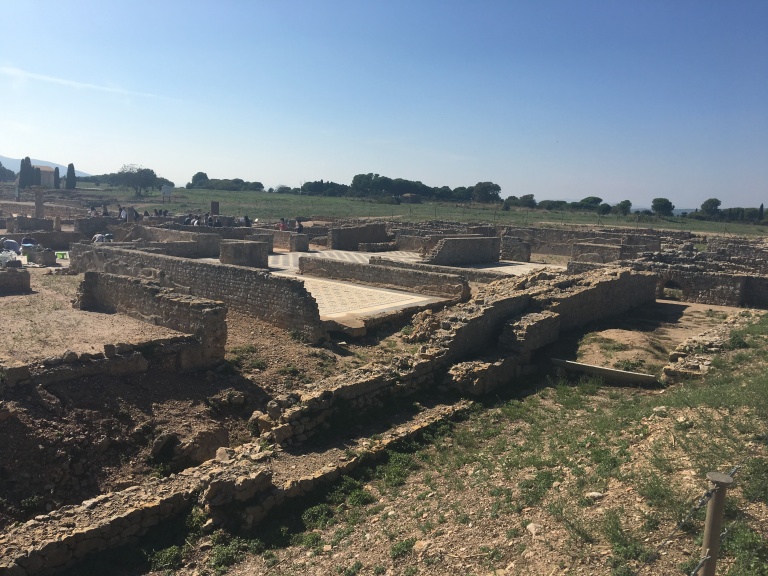 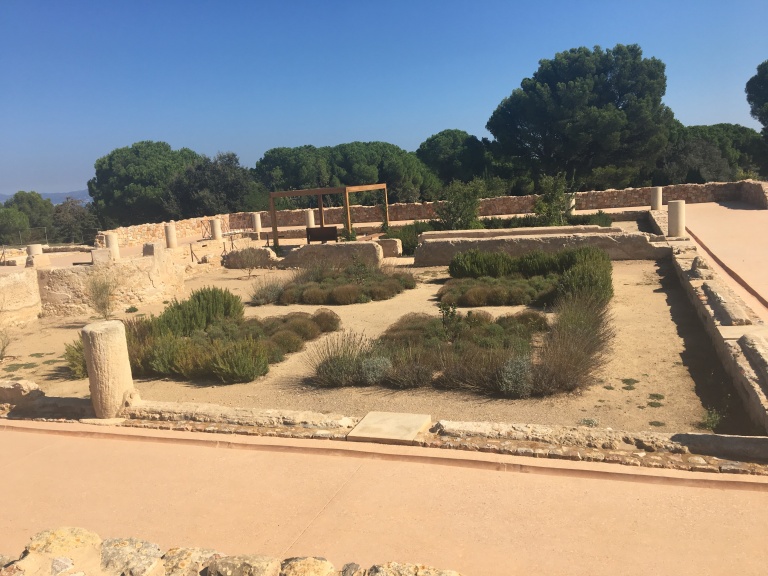 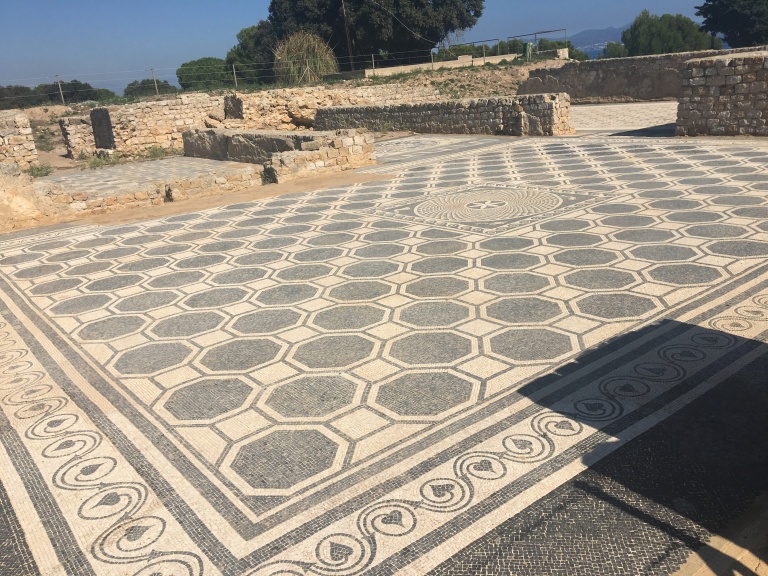 The beach is also lovely! 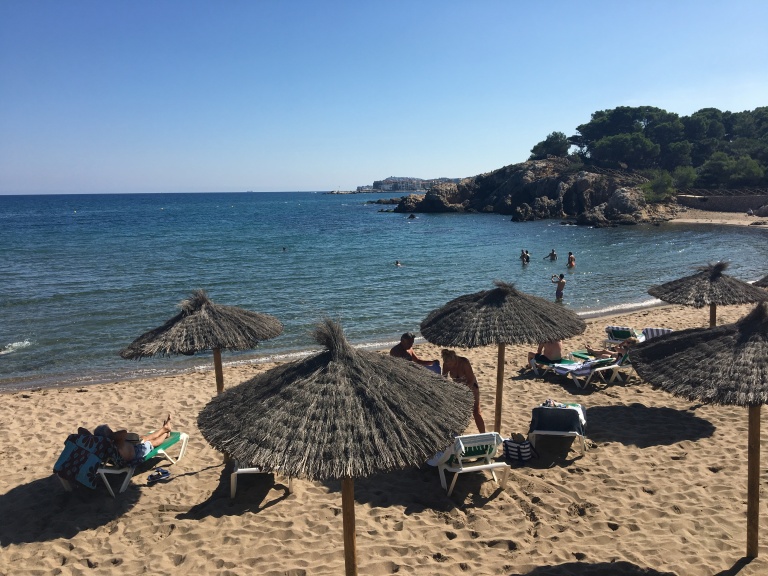 And the food…which was good but totally enhanced by the company!! It is just so much more pleasurable to share a meal with someone who likes good food too.

So farewell Veronica, see you soon!  And hoping I can reciprocate your hospitality!

Now it’s now two days each in Girona and Barcelona, and quick one night stops in Zaragoza and Pamplona before starting my month in San Sebastian.
Happy Thanksgiving and have some turkey for me!