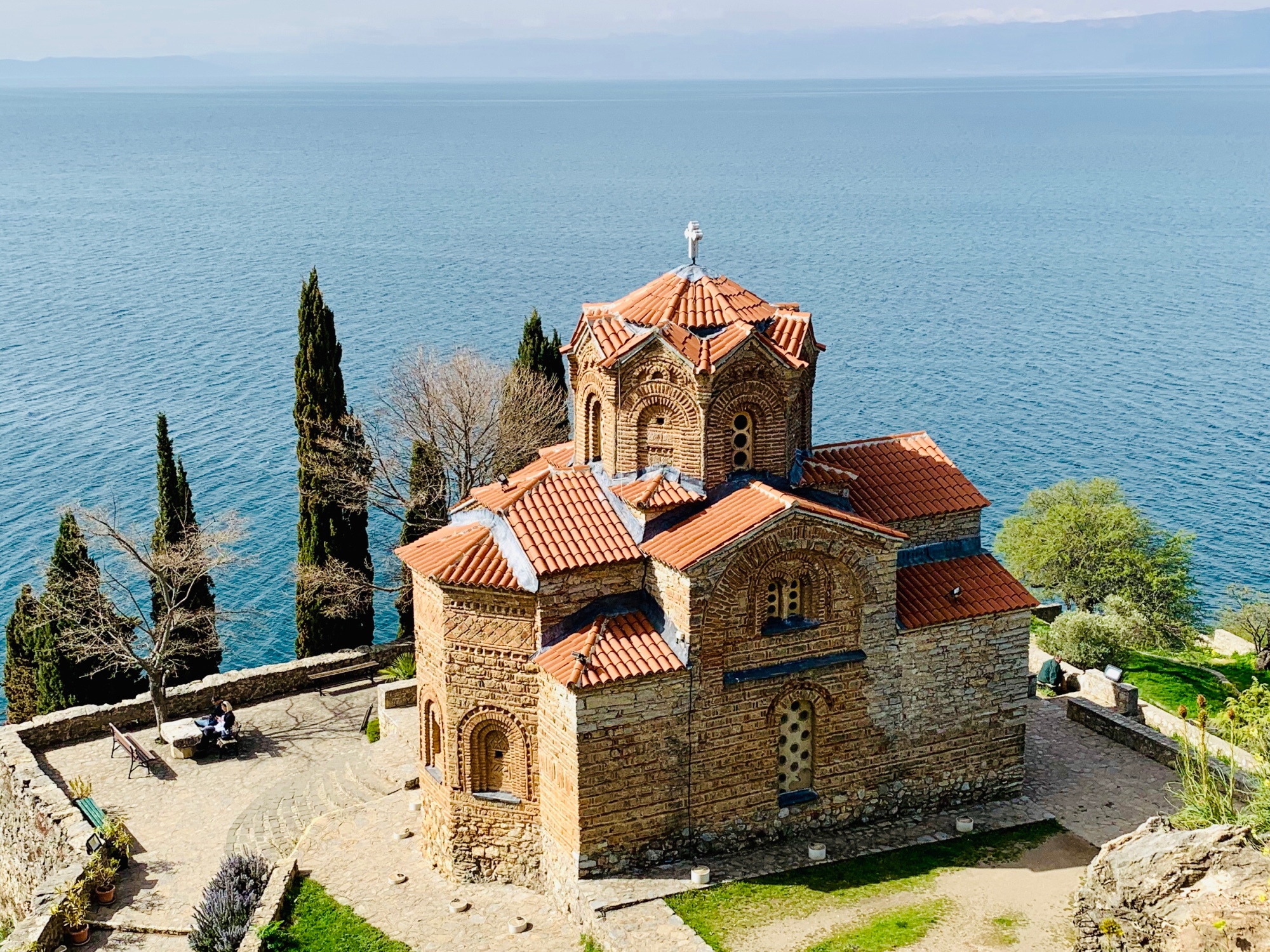 From Thessaloniki in the Greek Macedonia region, I traveled to Bitola in the country of North Macedonia.

It was a train ride to Florina, the end of the line for the Greek railway. Then I hired a transfer service to drive me the last 30 km across the border.

North Macedonia has built a railway to the border but it is unused until Greece makes the next move. Not to get into politics, but looks like a bit of a decades long tiff.

The ‘Former Yugoslav Republic of Macedonia’ gained independence in 1991 with the peaceful breakup of Yugoslavia. But Greece objected to the use of ‘Macedonia’ as their borders also include a large part of the old historical Macedonia territory and blocked membership to EU and NATO.

Finally, in 2018, an agreement was made to accept North Macedonia as it’s new name and the name was official in 2019.

Bitola (BEE-too-la) has a lovely long pedestrian street, Širok Sokak, that starts at the clock tower (17th century) by Magnolia Square and stretches south about a kilometre.

It keeps heading south towards Heraclea Lyncestis. The last kilometre was a bit unmarked but I did find it!

Heraclea Lyncestis is an archeological site of the remains of a prosperous city. It was founded by Philip II of Macedonia in the middle 4th century BC. It is famous for its mosaic tiles, which are unfortunately (for me) covered with sand to protect them.

Back in town I wandered around Stara Čaršija, the old Ottoman bazaar.

Then it was a bus ride to Ohrid, a beautiful old city on a big beautiful lake!

A great promenade , except for one windy and wavy afternoon!

Following the boardwalk path along the lake to the church of St Jovan at Kaneo (13th century).

Then up through the forest to Sts Kliment and Pantelejmon at Plaosnik which has its roots in the 9th century. Ohrid was a centre of Slavic literacy, spirituality and culture.

Classical Greek amphitheatre from end of 3rd or beginning of the 2nd century.

Then a 30 km boat ride down Lake Ohrid to the Monastery of St Naum.

We didn’t stop at Bay of Bones because the museum was not open this early in the season. It is a reconstruction of a 1200 to 600 BC settlement found here of people who built houses on top of wooden piles.

The lake is believed to be three million years old and 300 metres deep, which makes it one of the oldest and deepest lakes in Europe. It is also incredibly clean and very popular for swimming.

Water coming from the springs which form Lake Prespa

I met a most interesting woman from Latvia at St Naum, and we came back to enjoy Lake Ohrid trout soup and a shopska salad (tomato, cucumber, grated Sirenje cheese). The food was good but the company was the highlight!

The funny part was I’d had trout soup for breakfast that day too! It’s a local thing!

Then more beautiful clean water at Struga, another town up the shore. This was flowing through the centre of town down to the lake.

This is the mountain village of Vevčani which dates back to the 9th century. It has springs that start above the town, and flow through in conduits. It was lovely to walk around and hear flowing water the whole time!

Markets, and more green onions than I’ve seen in my life!

Kebapi and best pita bread. And extra for snacking later! There are bbq places called ‘kebapčilnica’.

Stuffed peppers. They also use the same meat/rice mixture rolled in sour cabbage or vine leaves to make Sarma.

Last stop in North Macedonia was Skopke, the capital.

I’d read about the ‘Skopke 2014’ project of the ex-prime minister. Huge neoclassical building, statues, and fountains of a scale I couldn’t have imagined.

These were all added since 2014. From what I’ve read, it’s a national pride or feeling it was money wasted on false appearances. There is also a concern the construction was poor and will not age well.

An earthquake in 1963 flattened four-fifths of Skopje and forced a total rebuild. The new buildings were modernist.

One area that has remained the same is the Čaršija, or Old Ottoman Bazaar. Lots of shops, markets, restaurants, and cobbled streets.

Memorial House of Mother Theresa who was born in Skopje in 1910.

Breakfast with ‘lutenica’, a spread made from roasted peppers, onion and eggplant. The other classic spread is ‘ajvar’, made from just red peppers. Which was even more delicious when made by my Ohrid apartment host with her own peppers!

I apologize for the long post but it’s been a busy two weeks!

10 thoughts on “Macedonia to North Macedonia”