Jodhpur, Jaisalmer and Jaipur are my first three stops in the province of Rajasthan.

My first month in India was in the southern provinces of Kerala and Karnataka, then I flew about 2000 km north to Jodhpur.

Jodhpur is all about Mehrangarh Fort! ! It is a huge and imposing structure dominating the town from 125 metres up the cliff. It was built in about 1459 and is very well preserved. It was the royal family ‘home’.

The view from my guesthouse.

It was steep climb up but worth it and I spent several hours wandering around. 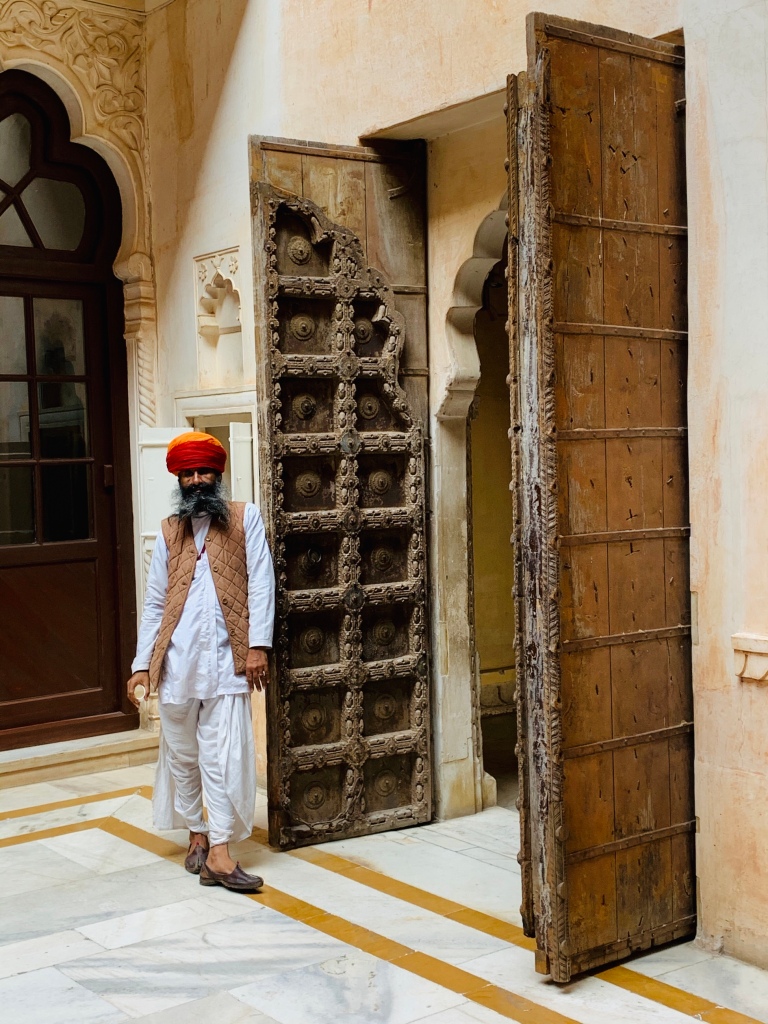 The Turban Room was very interesting as it described the different materials and tying techniques that are specific to areas.

A very talented young photographer had a display. He had rode across India on his motorcycle to take photos. Amazing ability to capture faces. 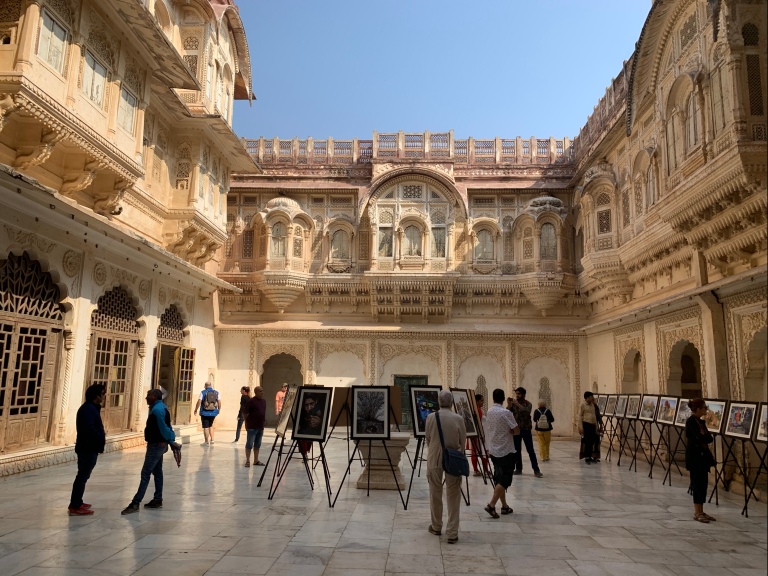 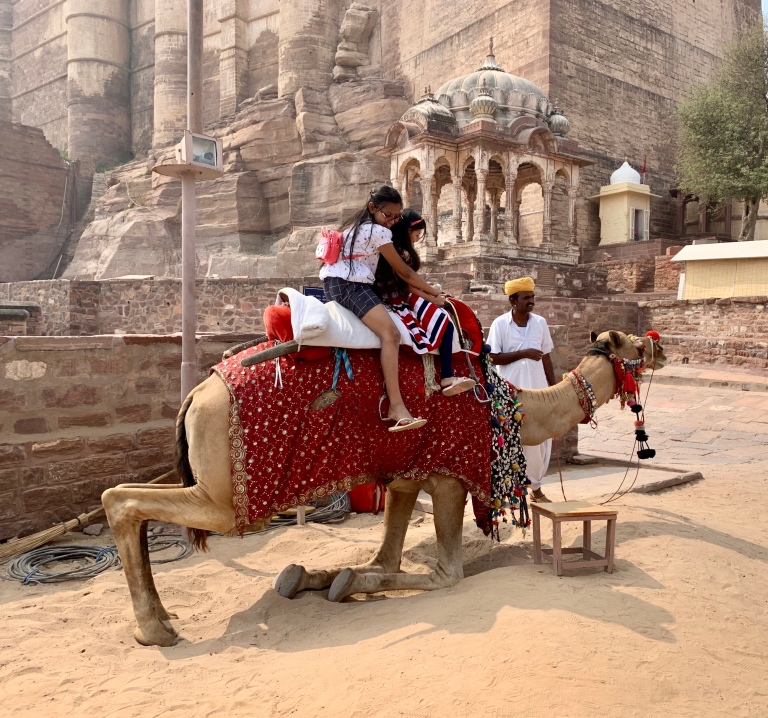 Jodhpur is known as the ‘Blue City’

Rao Jodha was the founder of Jodhpur and the Fort. I went to the Rao Jodha Desert Rock Park that is located within the huge expanse of old city walls. It is an outdoor museum of plants that survive in Thar desert. 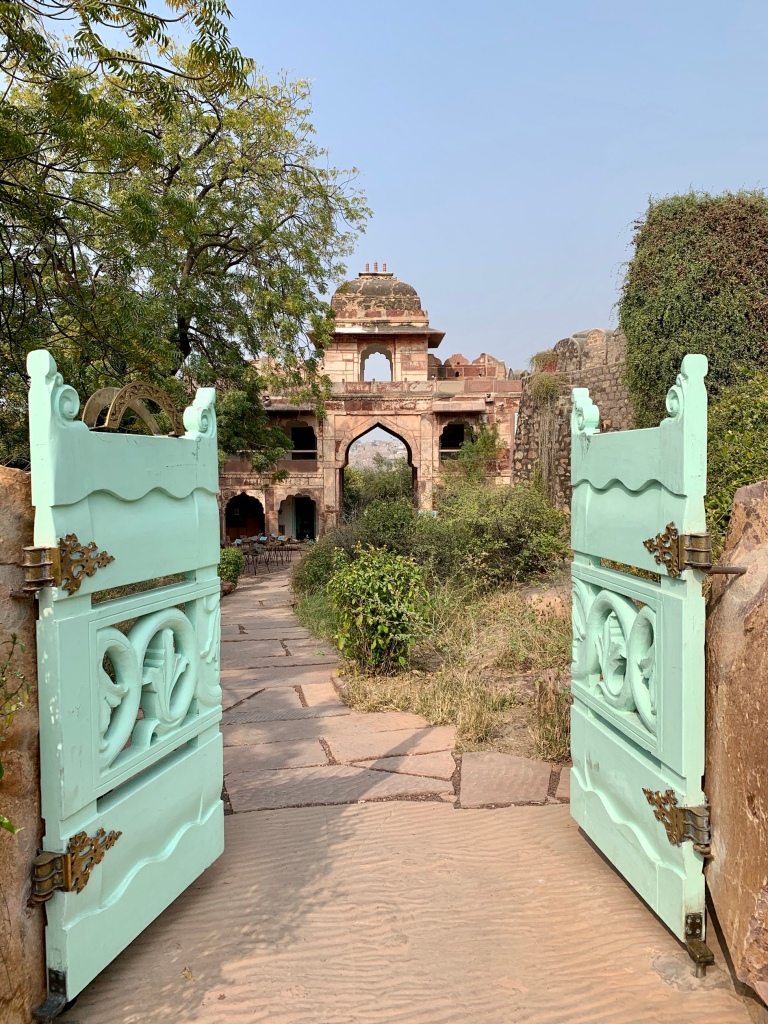 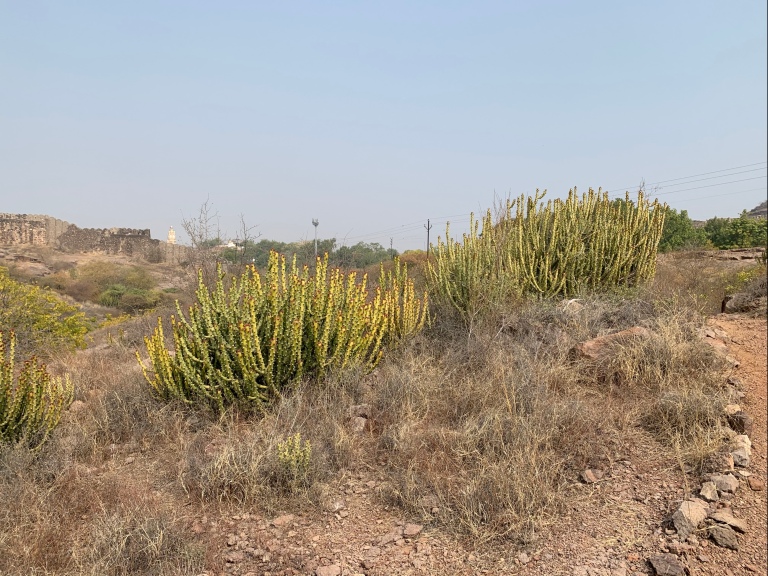 Jaswant Thada is a cenotaph built in 1899 by Maharaja Sardar Singh of Jodhpur State in 1899 in memory of his father, Maharaja Jaswant Singh II. It is made of the same marble as the Taj Mahal. The location by a lake was very peaceful. 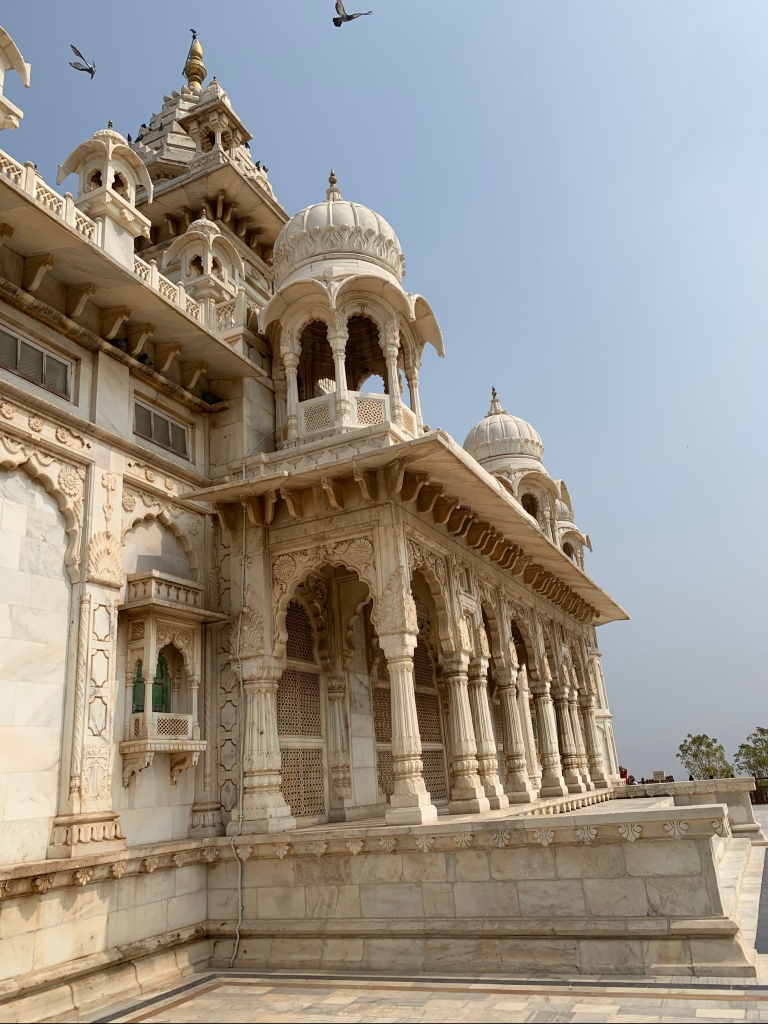 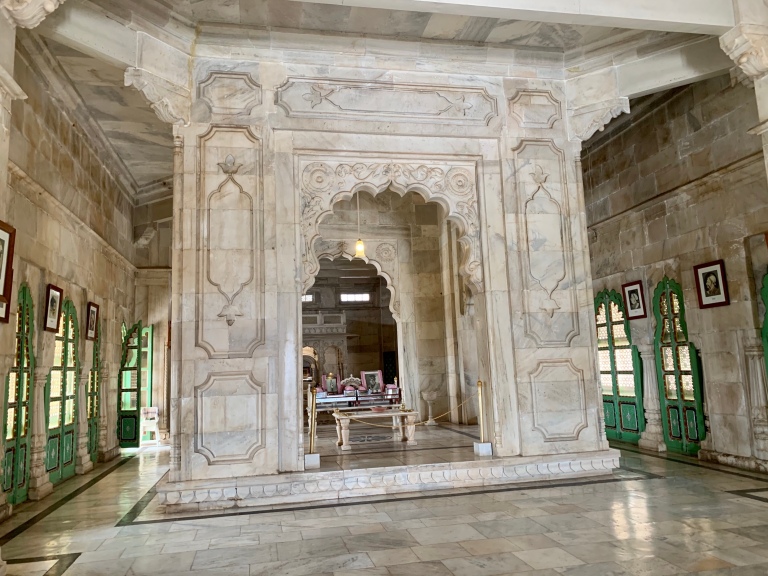 Buskers add to the atmosphere! 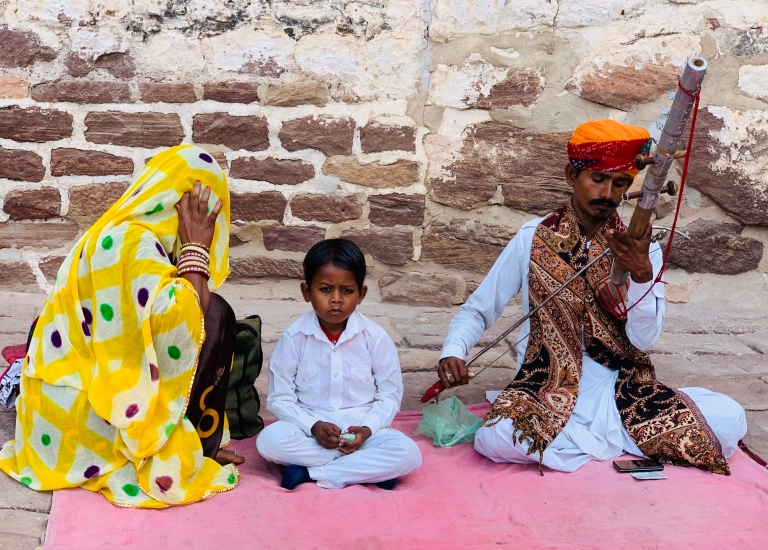 The calmness of the nature park and cenotaph was in stark contrast to the streets! I’m in the old park of town just below the Fort, and the streets are narrow and windy. And it is crazy busy on the boulevards too. People, cars, motorcycles, tuk tuks, bicycles, cows, dogs and constant blaring of horns. 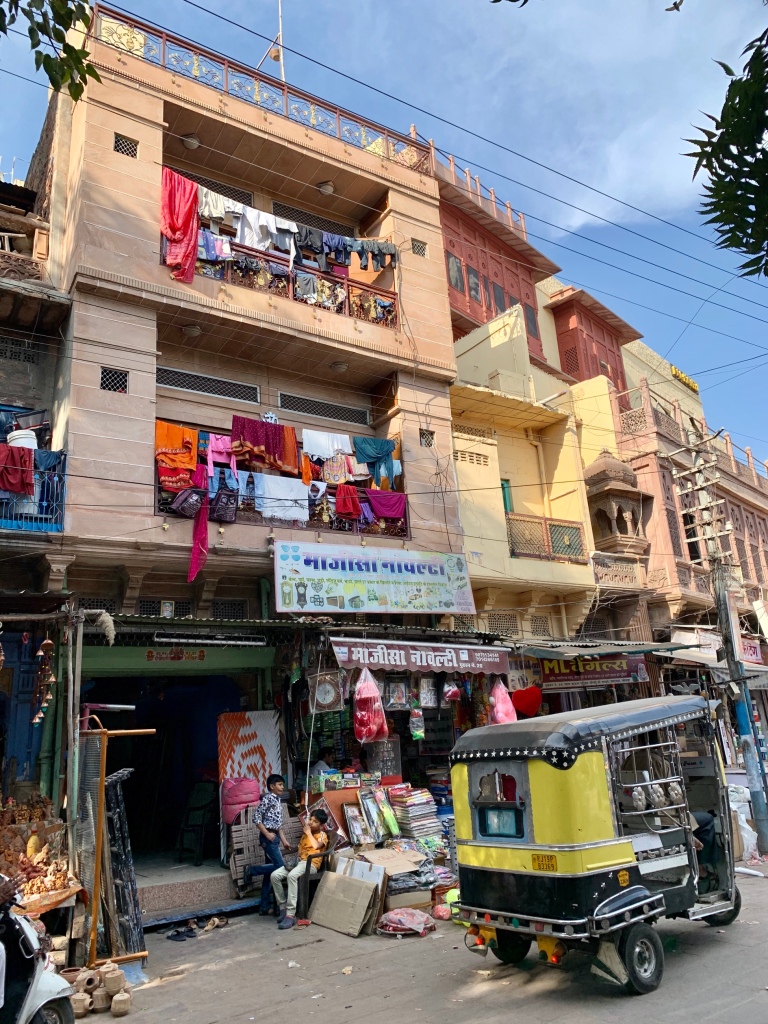 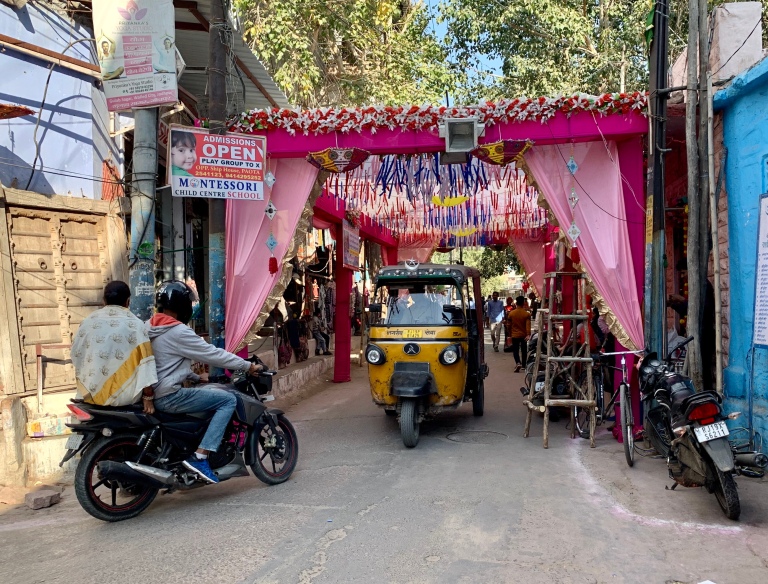 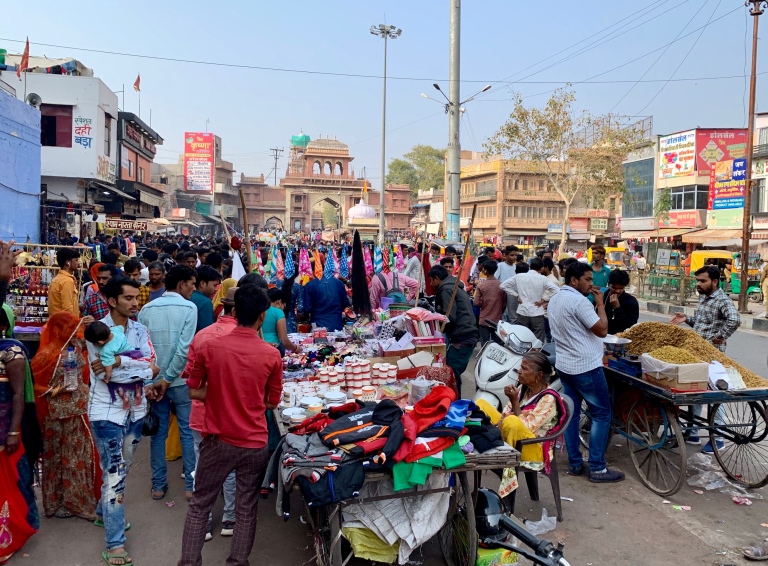 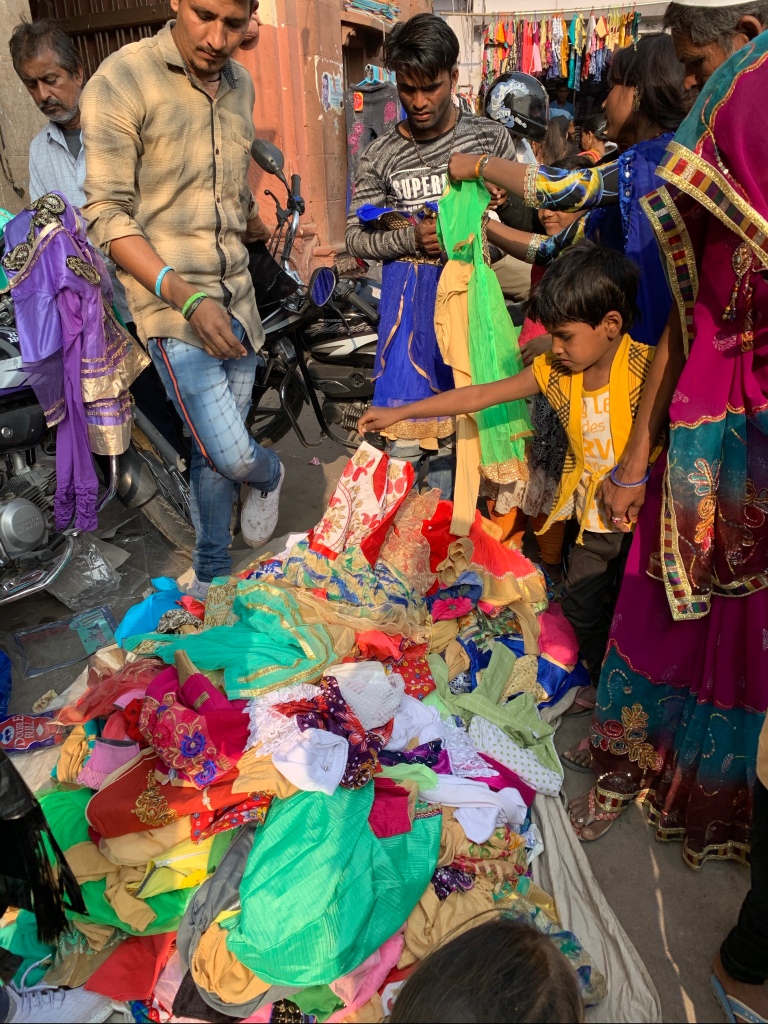 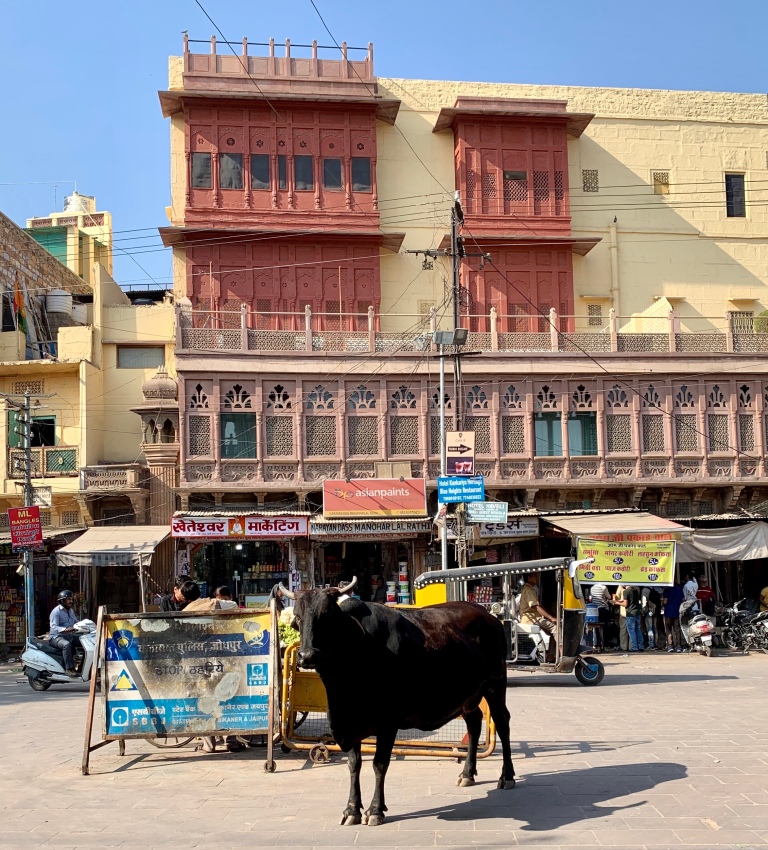 One of the local snack foods is Mirchi Bajji – jalapeño stuffed with spiced potato and fried in a chickpea flour batter. Pretty spicy with seeds but I had so many people watching me that I couldn’t fail! $0.30 CDN

Today I went to a fancy restaurant for a traditional Rajasthani veg thali that was recommended by a local couple I met at the airport.

It was a parade of servers bringing dishes, and seconds if you wanted. I never managed to get all the food in one photo as different items kept coming! $8 CDN 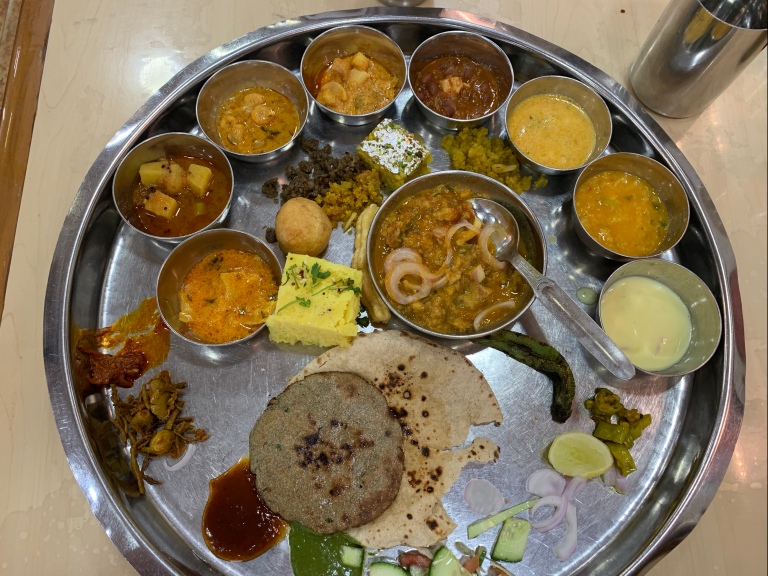 Tomorrow it’s a train to Jaisalmer from 18:00 to 23:35. Not ideal but better than 06:00 or an overnight train/bus! I’m going to post early again as the wifi has been great this afternoon! 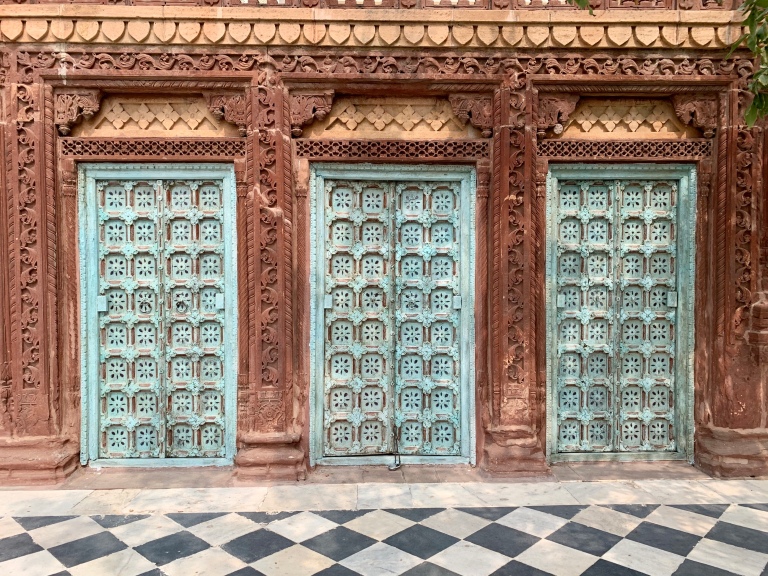