Typical British colonial behaviour, come in and anglicize the name of the city to Rangoon.

There has been pagodas on the Shwedagon and Sule sites for over 2000 years before the King built more of a city in 1755 and named it Yangon.

So with the British now in control, the city was rebuilt with a distinct British look of grid system streets and colonial architecture.

It’s why, even with the British gone, and it became Yangon again in 1989, Rangoon’ is still there among the new developments. 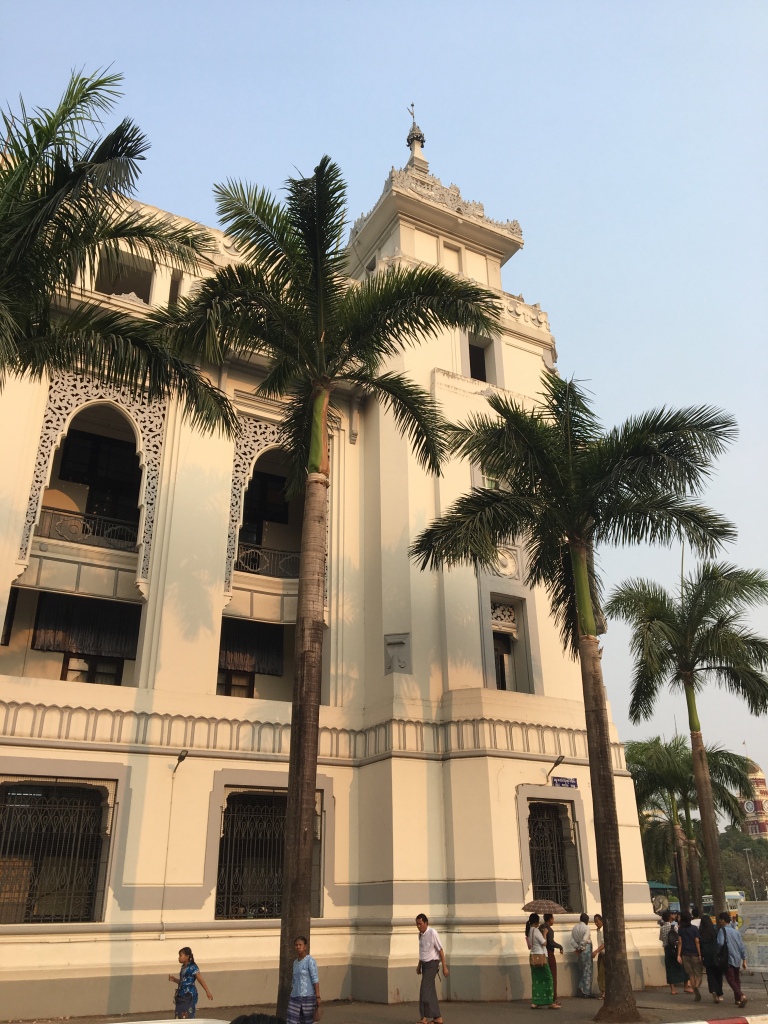 But with a distinct Myanmar feel, the streets are taken over by shops, food stands and markets. 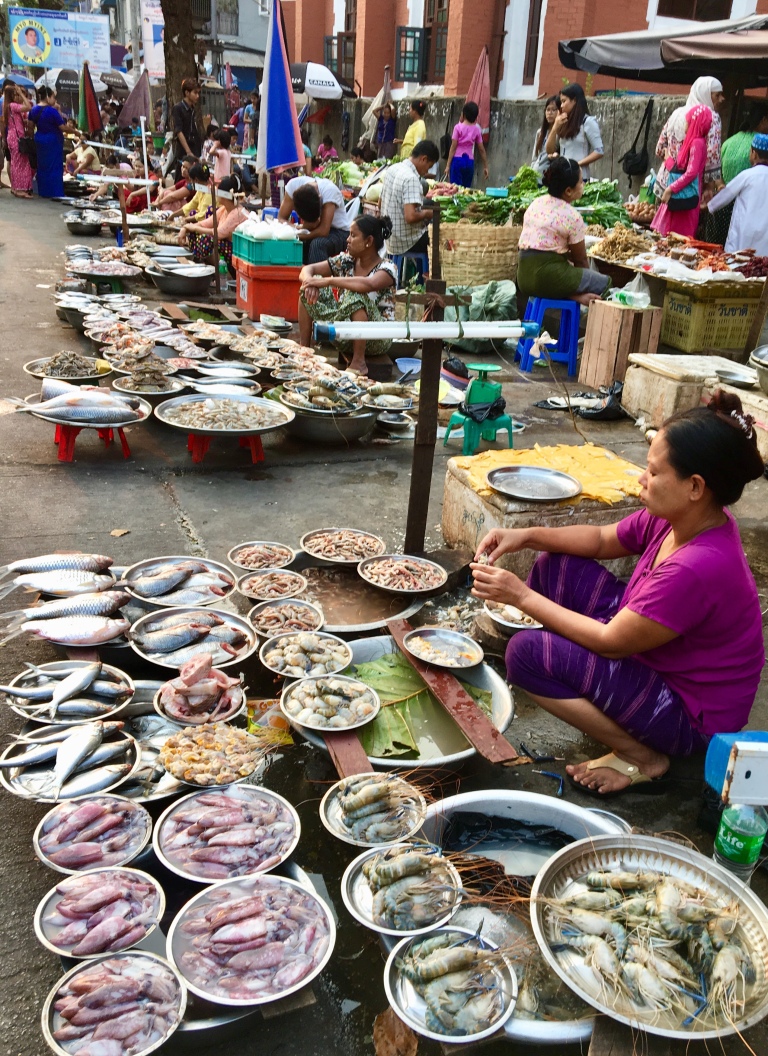 And one more addition to the sidewalks – generators. The power supply is inconsistent, which could be due to the demand for air con in 38oC heat. In my hotel the power goes off periodically, which doesn’t help my internet connection. It’s not for long, but it certainly was a long three minutes when I was stuck in the elevator!

Shwedagon Pagoda is the most famous in Myanmar. It is ‘city’ of pagodas and pavilions. I deliberately went on the weekend when it is the busiest with locals, as it is always fun to people watch.

Locals are there to pray, eat lunch, and hang out with friends. 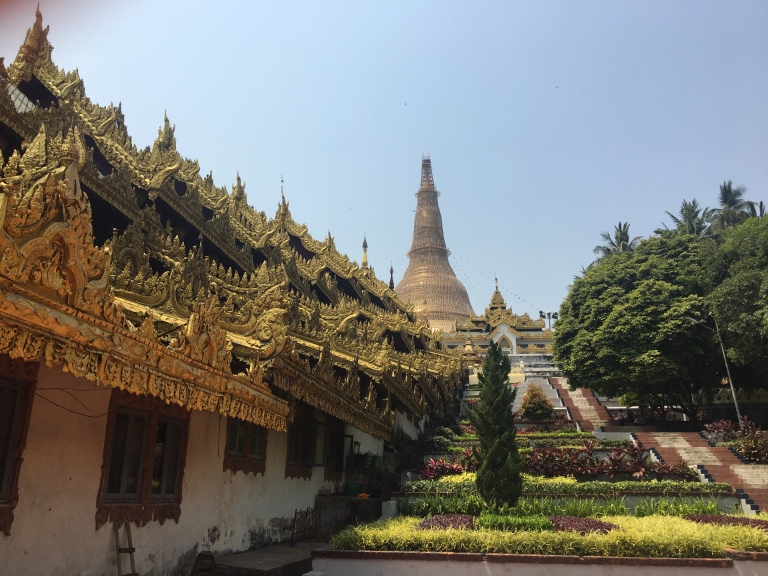 Rice again??? Helping themselves to the offerings

Again, I had several requests to have my picture taken with someone. This time I took one too!

Sule Pagoda is amazing too, but also for it’s location as a traffic circle was built around it. 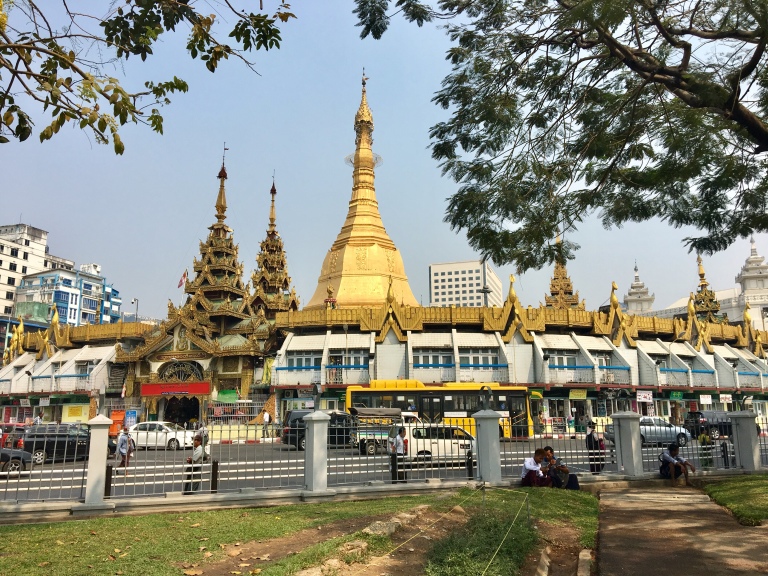 If I had to be a nun, this would be me 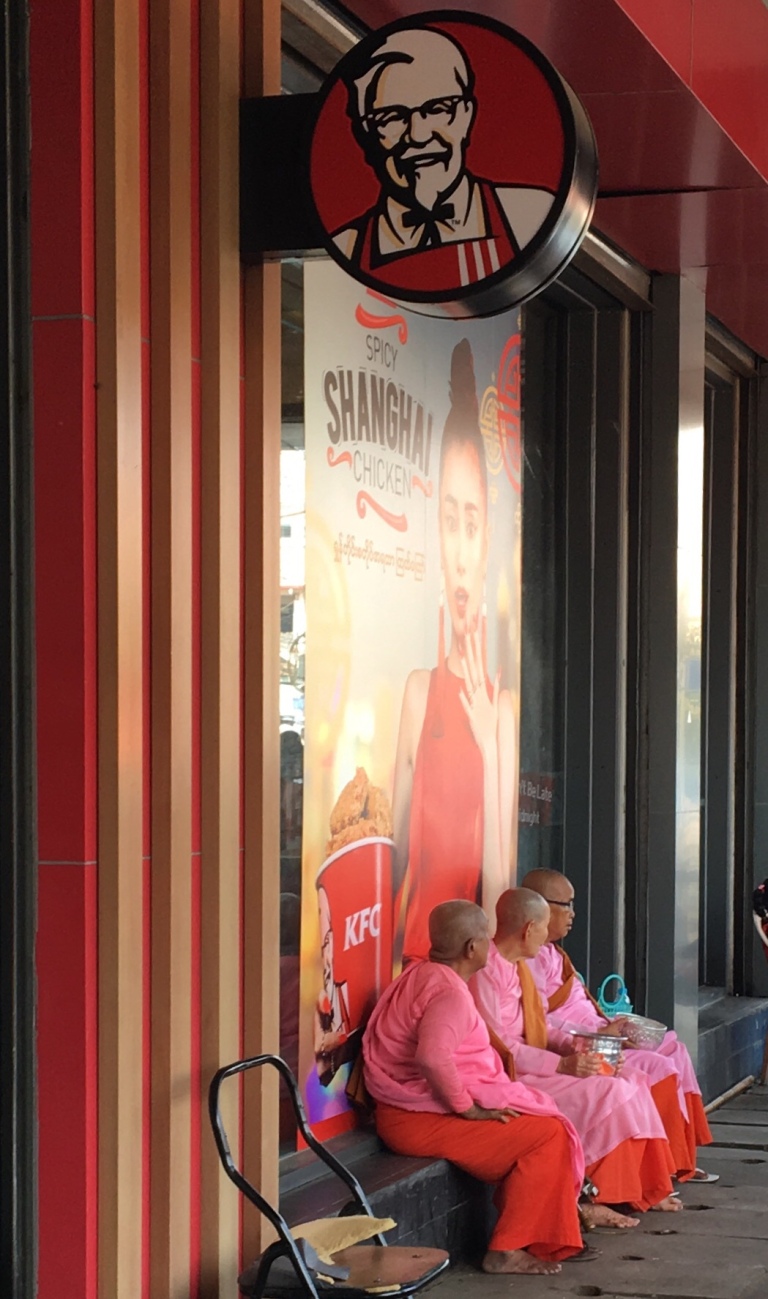 One of the traditional costumes at the National Museum had a real ‘mod’ look!

I saw these men in a huddle on the sidewalk. Thought I was going to see some traditional game…

I also hid out in a beautiful air conditioned mall downtown that could have been in any city in the world.

Decorations up for Thingyan, their big Water Festival celebrations for New Year. 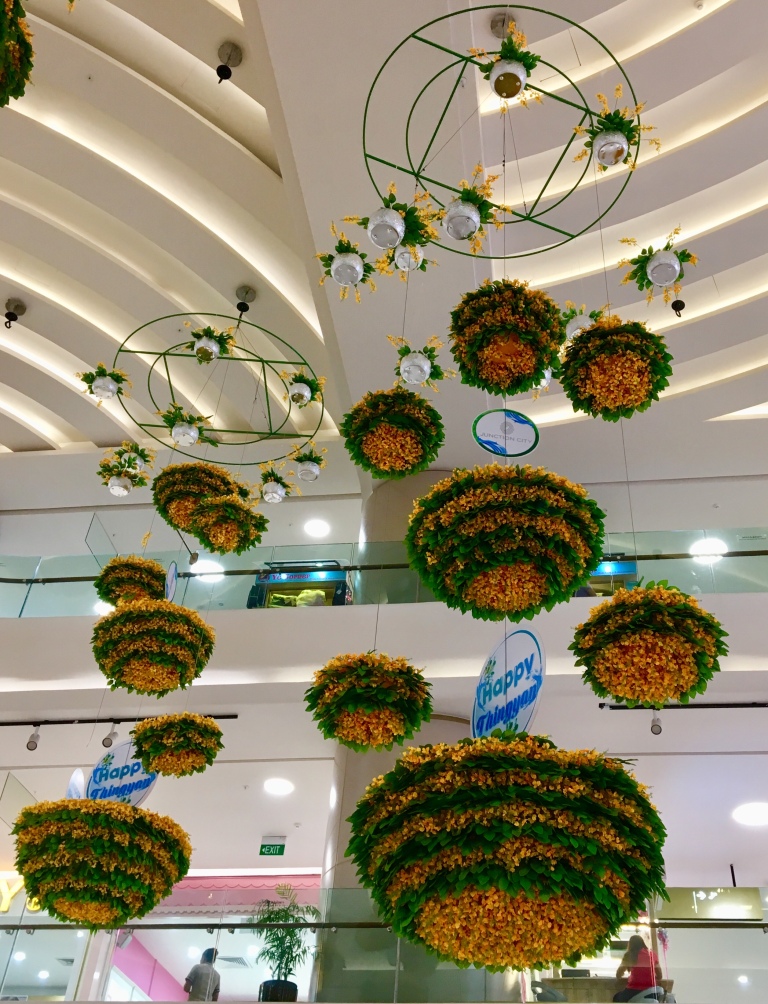 Well , it’s farewell to Myanmar. The people are lovely! They have been so welcoming, kind and curious.

I leave tomorrow for Malaysia for my last month. Better get packed!

2 thoughts on “Yangon to Rangoon to Yangon”