Heading south in Vietnam has made a big difference in the temperature! I’ve gone from freezing in the rain at 15 oC to sporting a new sunburn at 34 oC!

The temperature jumped 10 degrees from the Danang airport to HCMC. I headed straight from the airport to Mui Ne (moo- neh) on the coast.

Mui Ne is really just a strip of shops, restaurants and hotels but it was an enjoyable place with a beautiful beach. 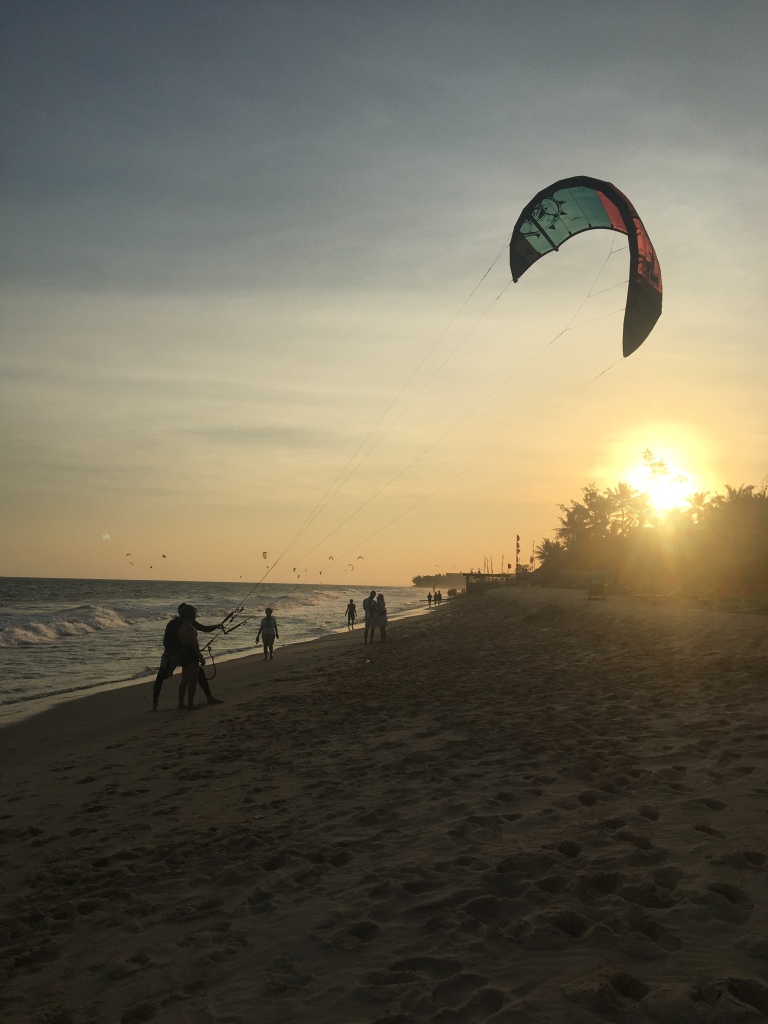 Then it was back into the urban jungle of HCMC. It has all the traffic of Hanoi but without the charm of the old town. 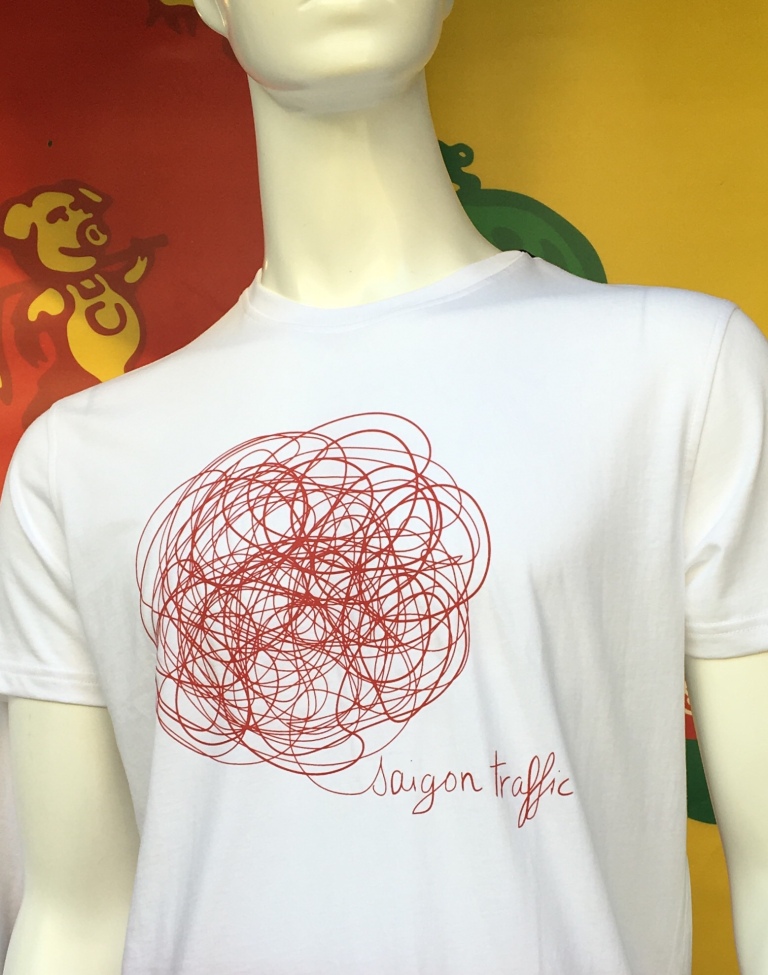 HCMC was originally called Saigon (Sai Gon) and the name was changed in 1975 after North and South Vietnam were reunified.

Ho Chi Minh was the leader of the communist North forces who eventually defeated the South and became Chairman of the country. I’ve read there are still many resistant to the name change but there is not much you can do in a communist state.

Many South Vietnamese was correctly concerned about their safely after reunification. You aren’t welcomed with open arms if you had been fighting against them! There was an exodus called the ‘boat people’, and I know many came to Canada.

Netflix has a fantastic new series on Vietnam and I would highly recommend it. It has an American slant but brings in all kinds of international history.

Statue of Ho Chi Minh in front of the People Committee Hall. 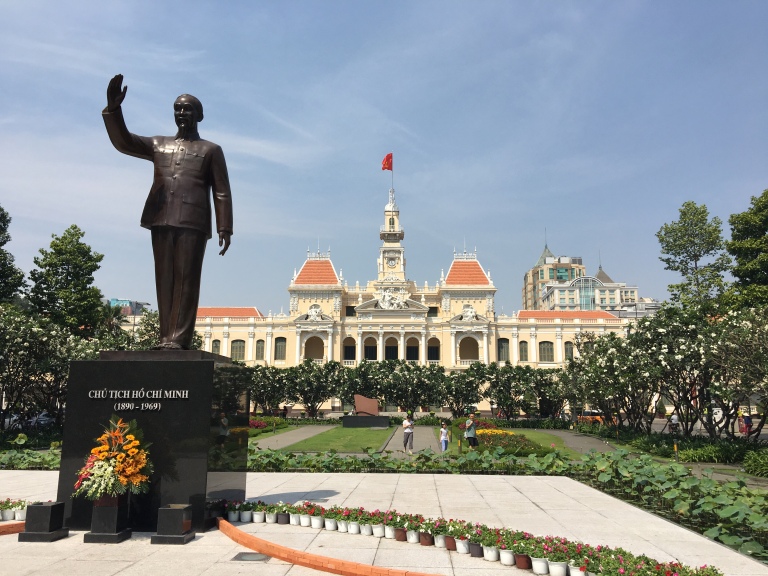 The War Remnants Museum had equipment from the ‘American War’.

But it also had many photos of the horrible deaths of innocent women and children by the American forces by guns, but also toxic poison, napalm, phosphorus bombs, and defoliants that were banned in warfare.

The damage caused by the dioxin ‘Agent Orange’ is still causing birth defects, especially missing limbs and deformities. This was a less graphic example. 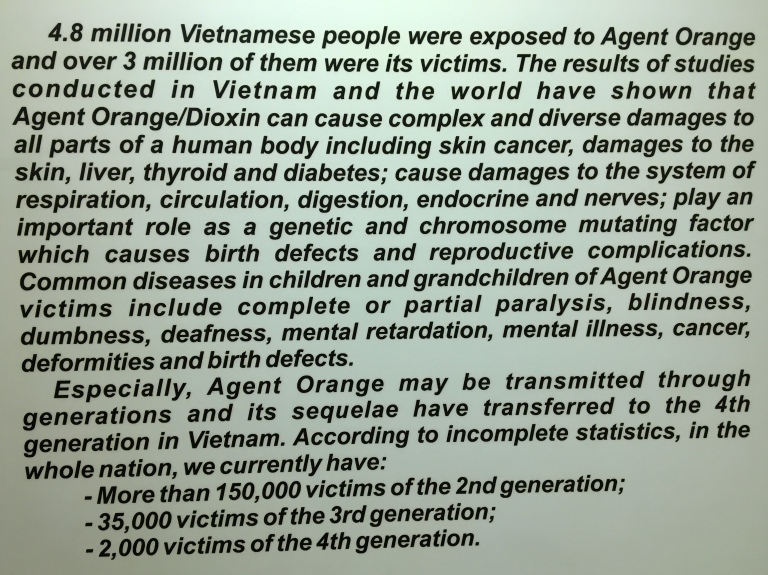 Okay, that was a very simplistic and opinionated summary, but even McNamara, US Defence Secretary at the time, admitted it was wrong. Hindsight is helpful. His role is well explained in the Netflix series.

Many grand buildings from the French occupation. 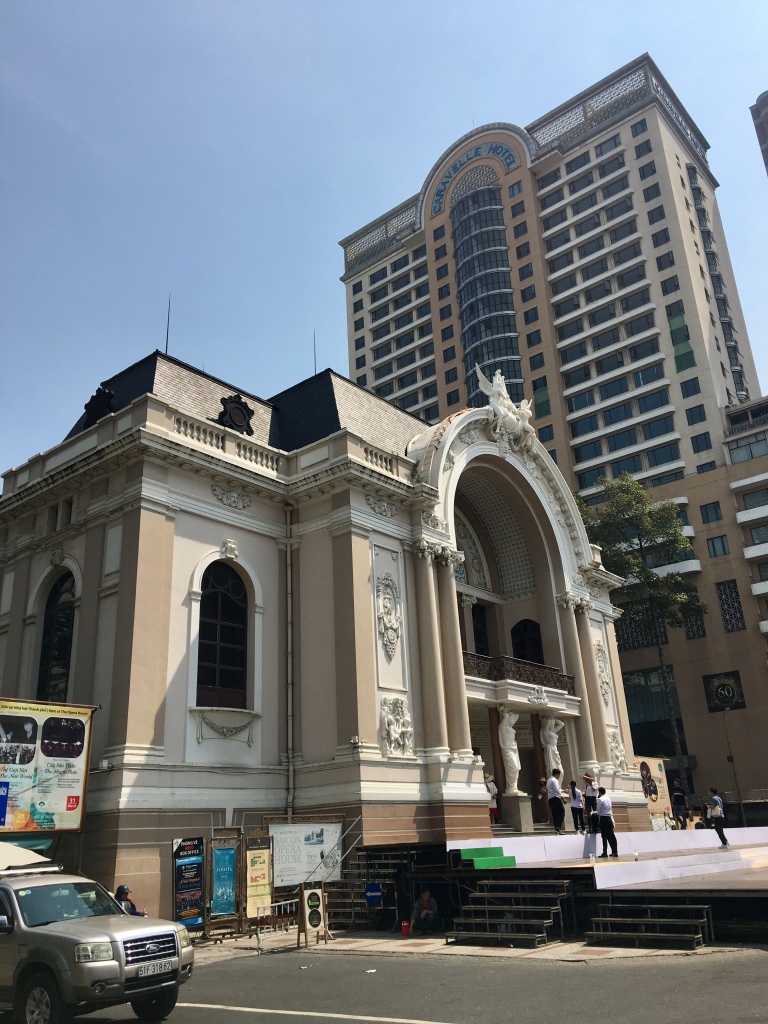 Notre Dame Cathedral. There has been a smattering of Catholic Churches, and an occasional mosque.

Sidewalks are still the same. 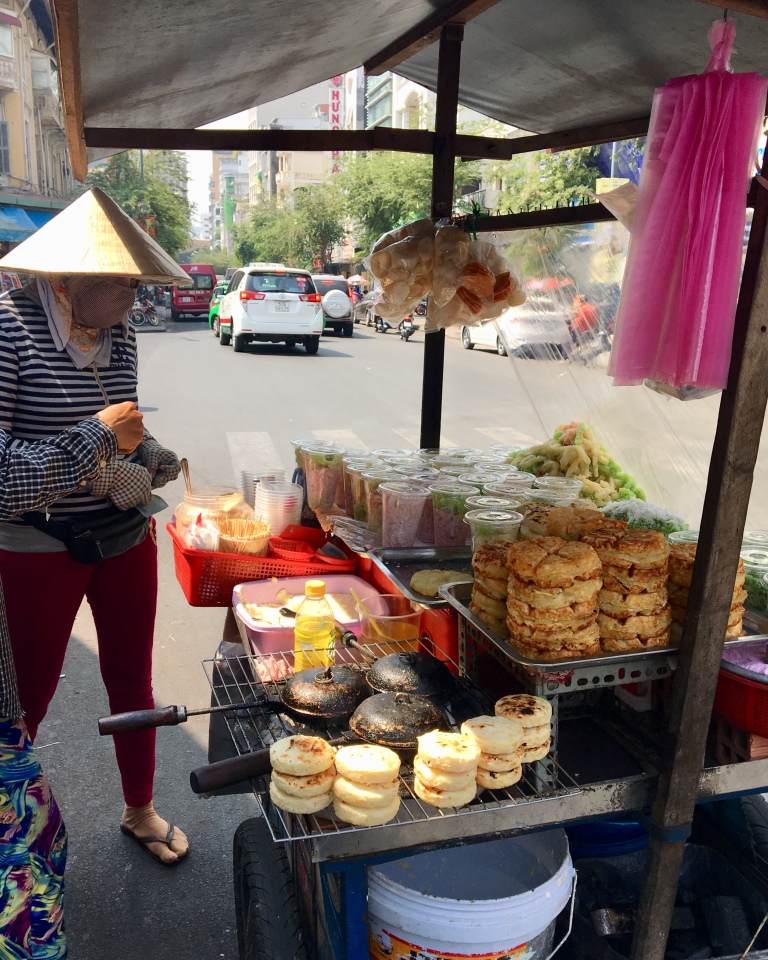 I read about not giving money to child beggars as they will have to hand it over to their ‘pimp’. But I didn’t expect to see it happen a moment after this young girl hauling around a baby asked me for money.

You may have noticed people wearing face masks, especially when they are driving motorbikes. 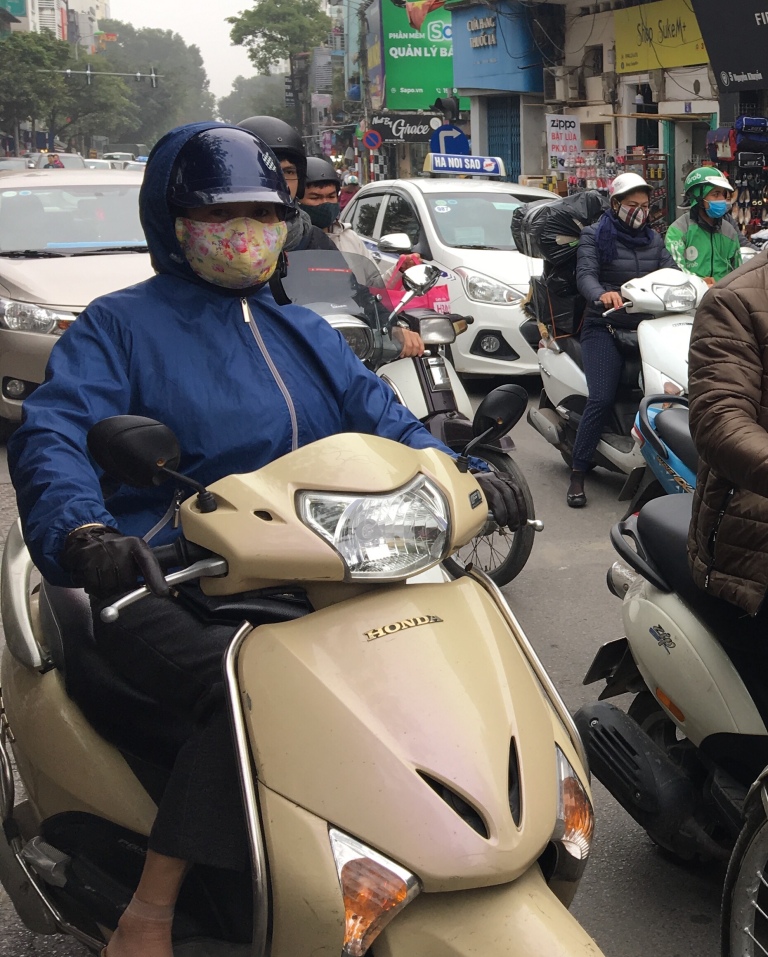 Vietnam is the top 10 countries for pollution.

The biggest risk is the fine particulate matter that can burrow deep into the lungs and cause all kinds of health issues. It’s particularly bad around Hanoi and HCMC because of the traffic and industry but cheap coal generated energy is major too. Their economy is booming but at a huge cost.

Work is underway for more public transit to reduce the motorbikes, and they encouraging more solar power.

I love my backpack and cheap street meals, but also love my hotel room! Fortunately they are a lot cheaper than Europe.

Love how they build tall 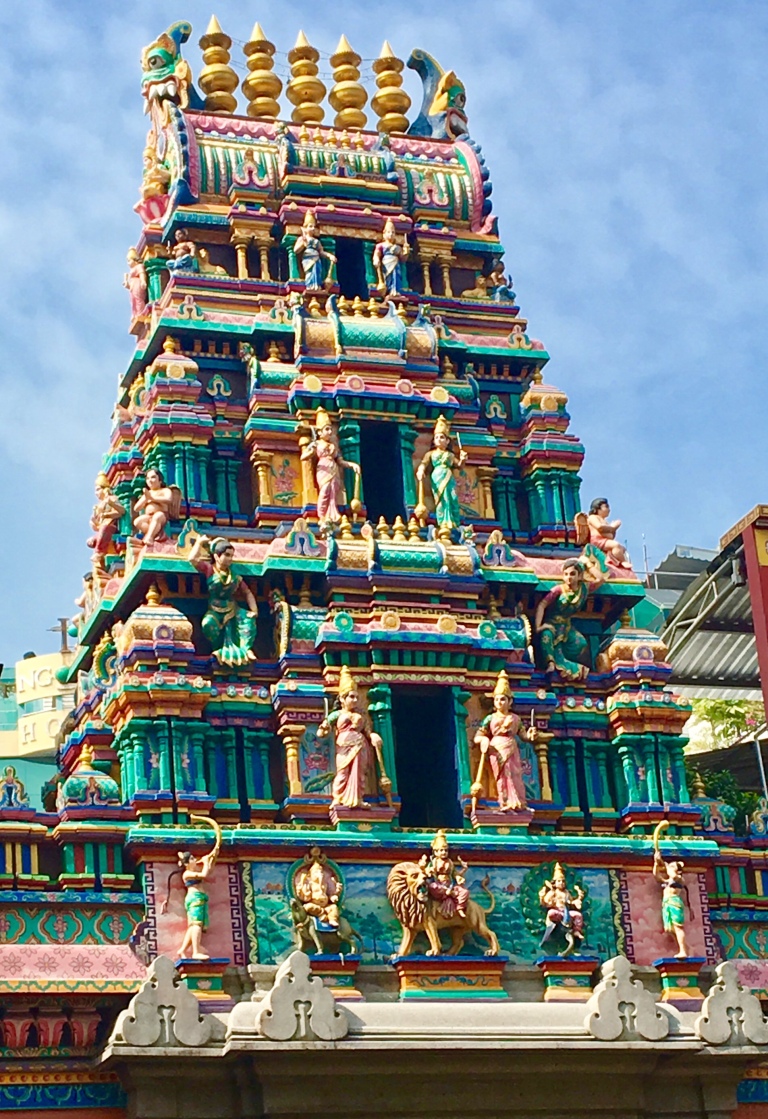 There are some very welcome green spaces 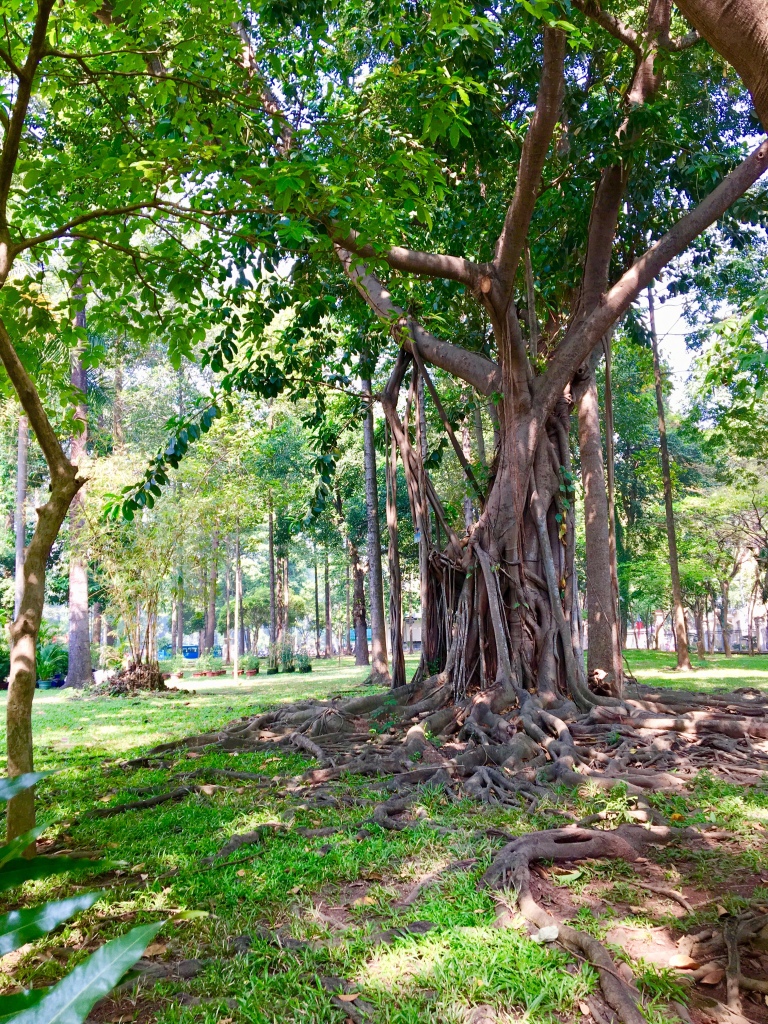 I’ve found the display of wealth interesting for a communist country. This is a house, and one of many I saw in this cathedral style 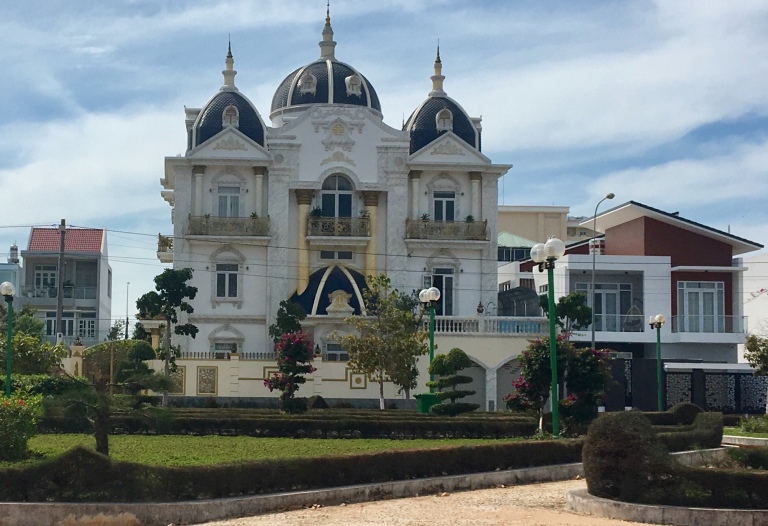 Vietnam is revving up for Tet, their New Year celebration. Flowers are very significant, especially kumquat trees and yellow daisies. 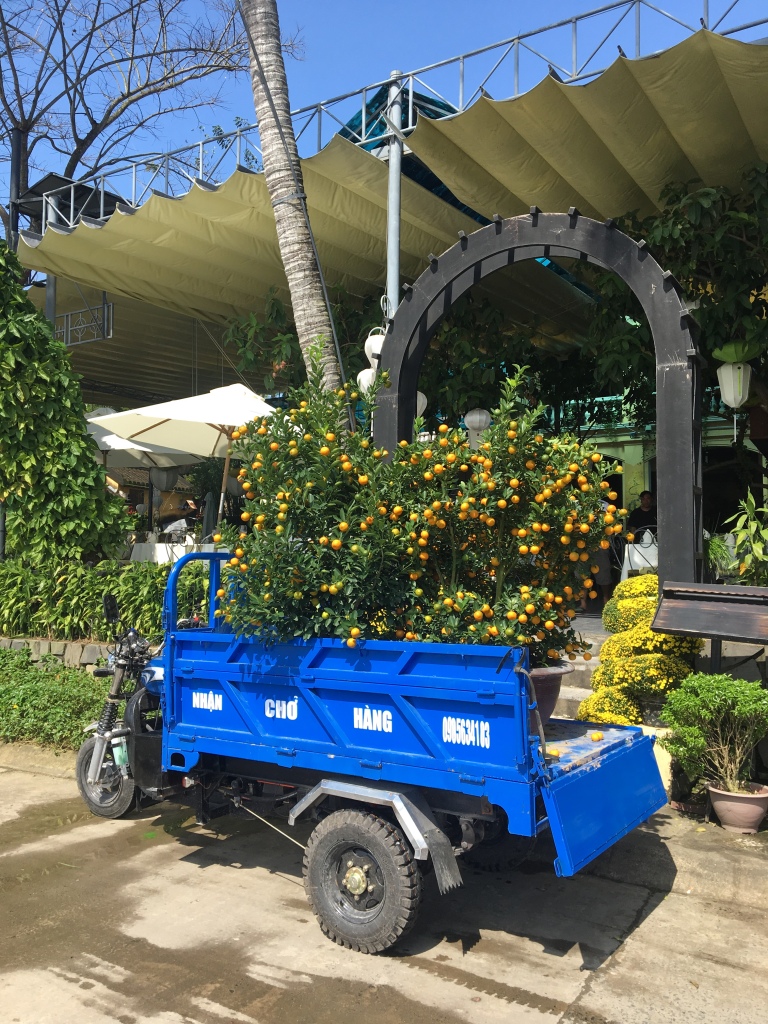 These weren’t in full bloom yet, but they were as tall as me! 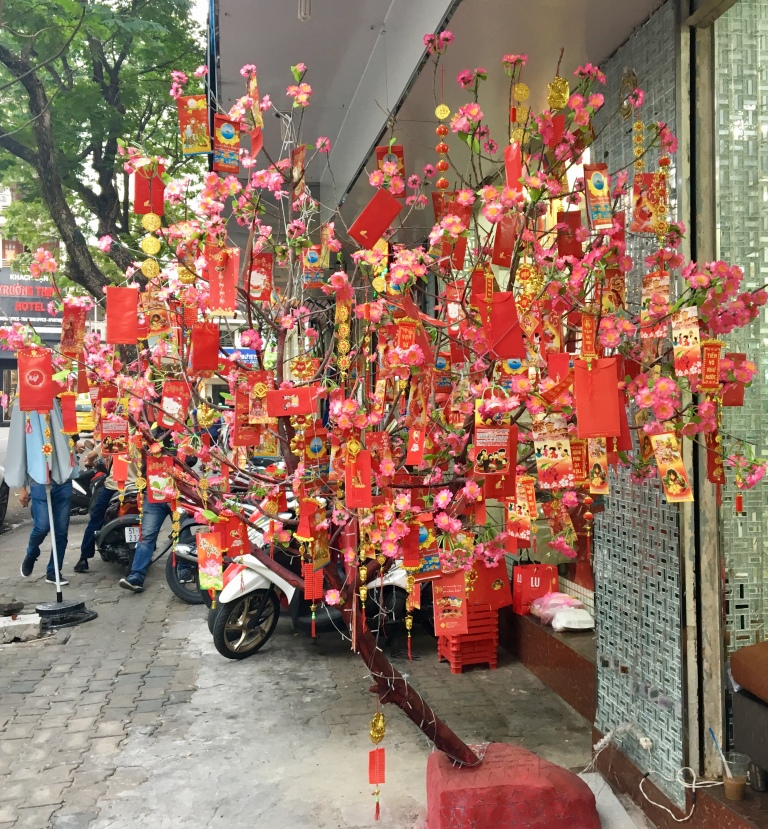 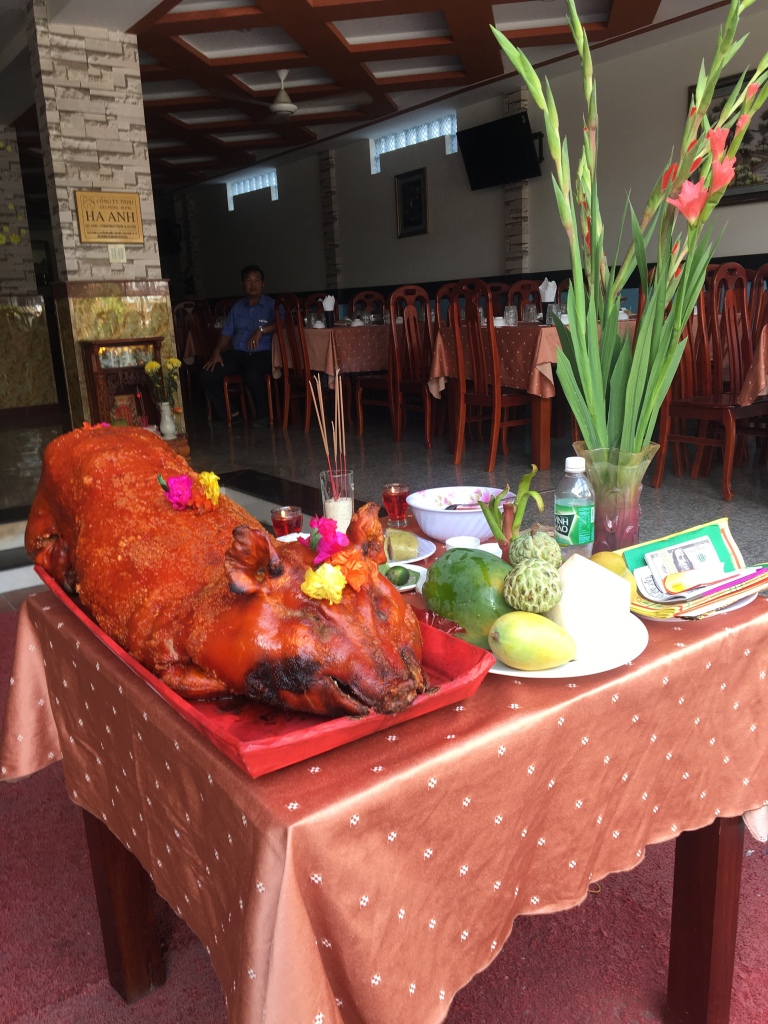 Its been a amazing 23 days in Vietnam! The people are wonderful, but I especially love the women here. They are so strong despite being size -2. They are smart and very business savvy. And hard working – it’s only the men sitting around the coffee shops!

But tomorrow I leave on a bus to Cambodia…

5 thoughts on “Heating Up In Ho Chi Minh City”