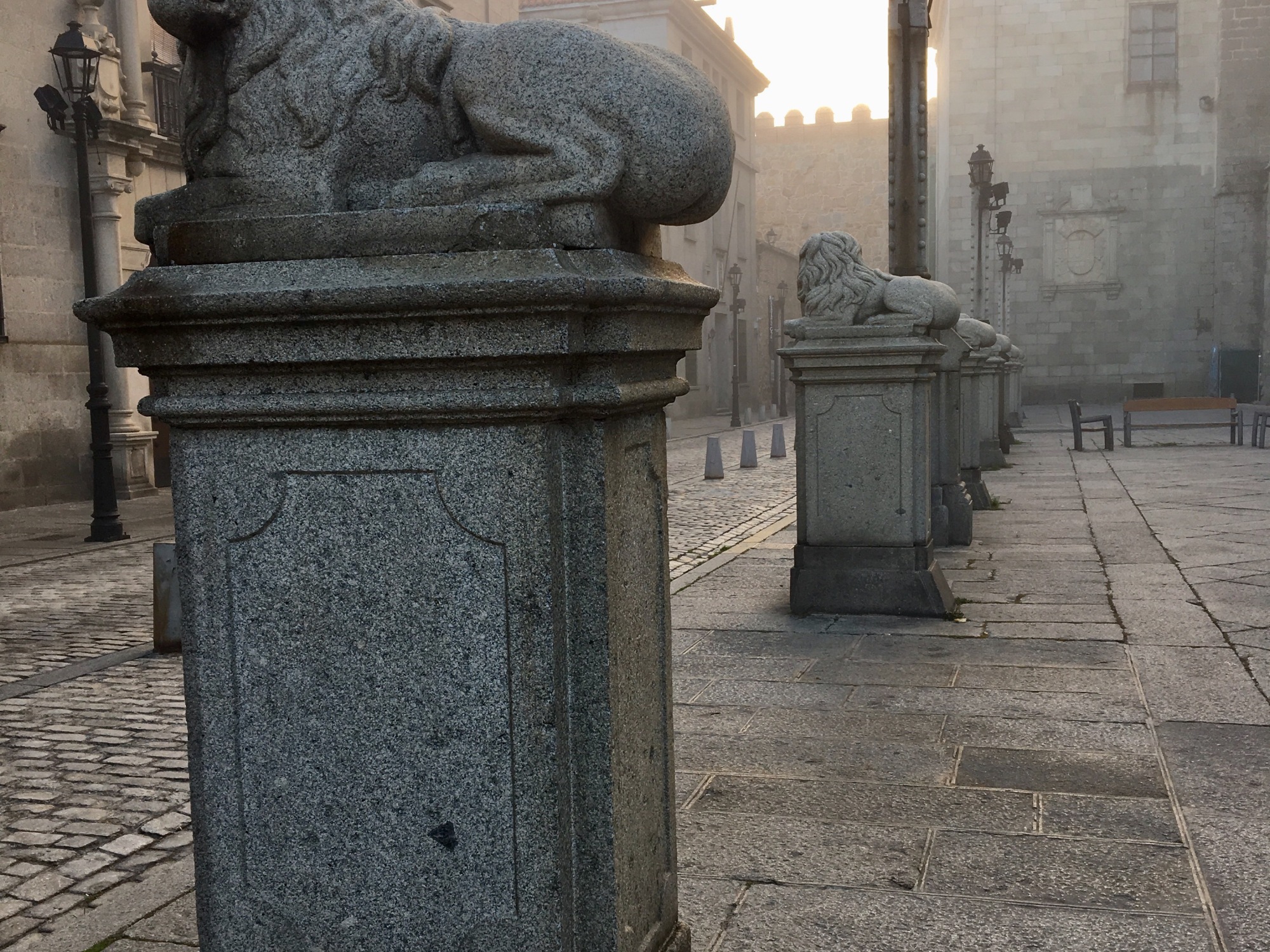 I don’t usually do one night stays, but that is just how it worked out for Ávila. It was that, or not come.

So I arrived in Ávila at almost 2 pm, quickly checked into my hotel, and hit the streets. The day was grey and drizzling, so I wasn’t sure how pictures would turn out. The forecast for today was sunny, but the fog did not burn off until my bus was leaving at 1015.

The main fame for Ávila are it’s fantastic stone walls. Built in the 12th century, they are the most preserved of any walls in Spain. Over 2.5 kilometres, with 88 towers and six gates.

I’ll start with a pirated aerial view, just to give you an idea how amazing they are.

My hotel is in the old town, and the best views are from the outside, so I headed out through one of the gates

Then back in through another gate. It is real challenge for cars, to navigate the narrow gates but also to find parking. This is one of the advantages of arriving on the train! 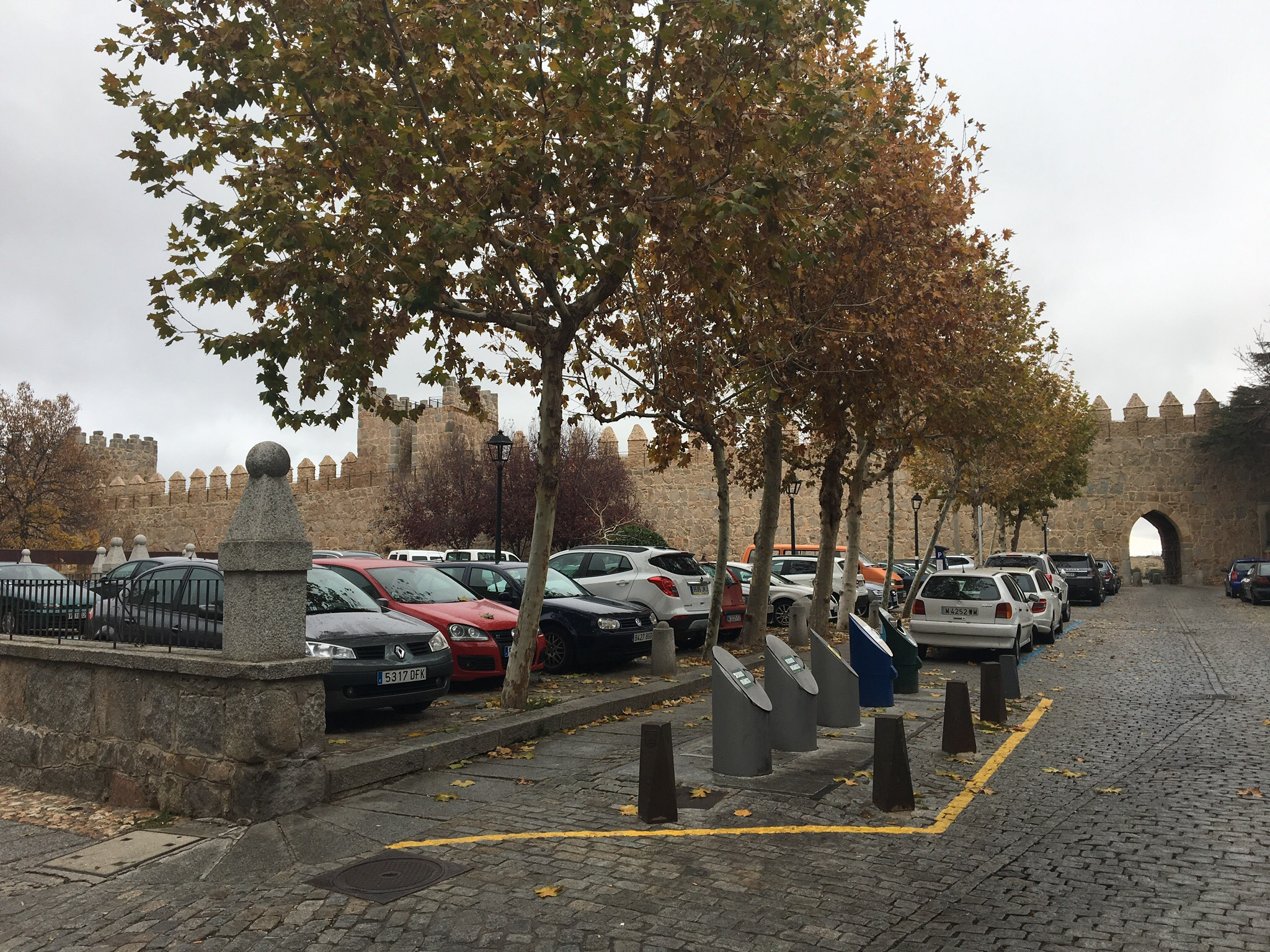 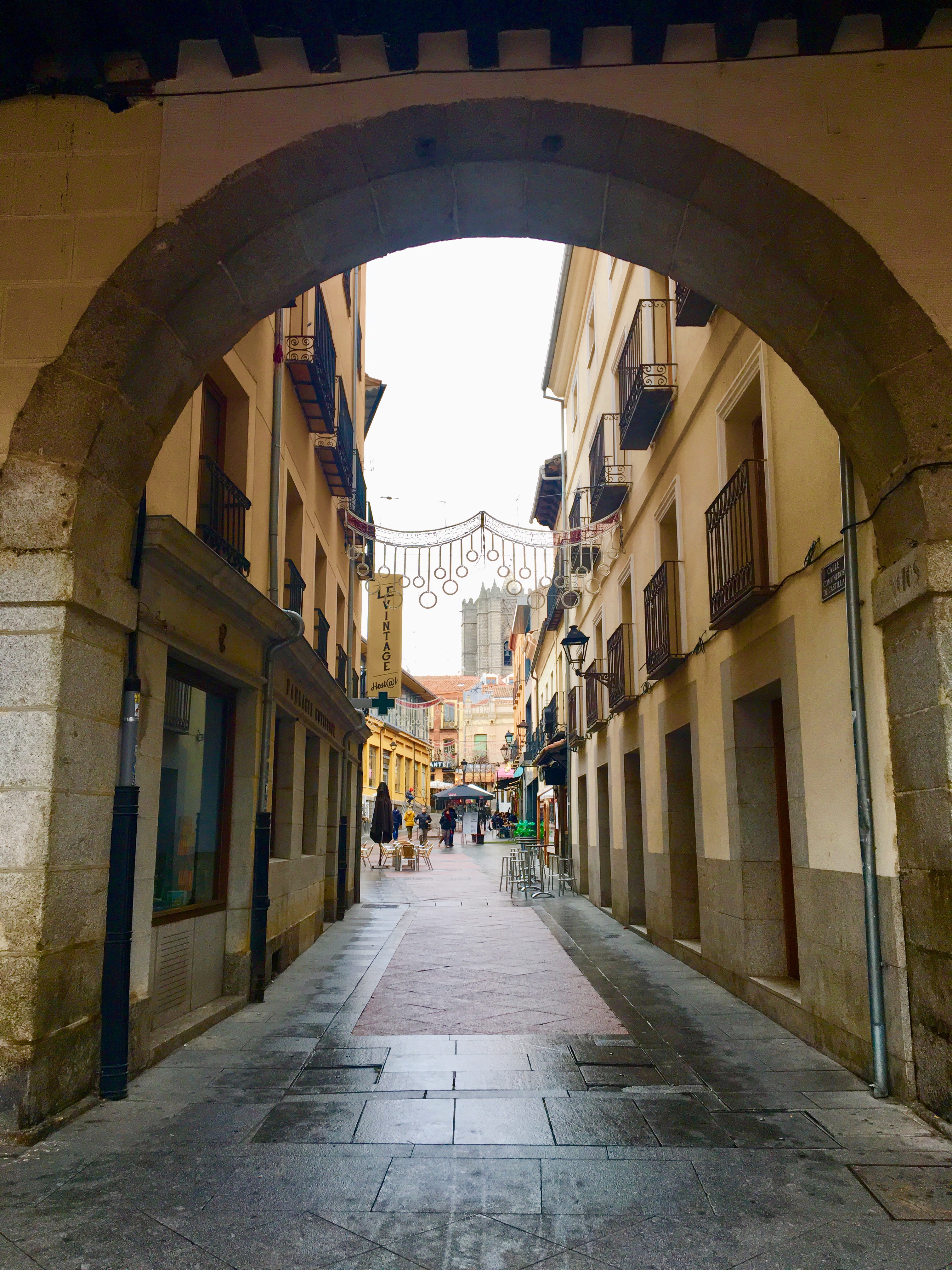 And then out through another gate! The views are amazing, which is not surprising as a walled city would want a good view of what was approaching. 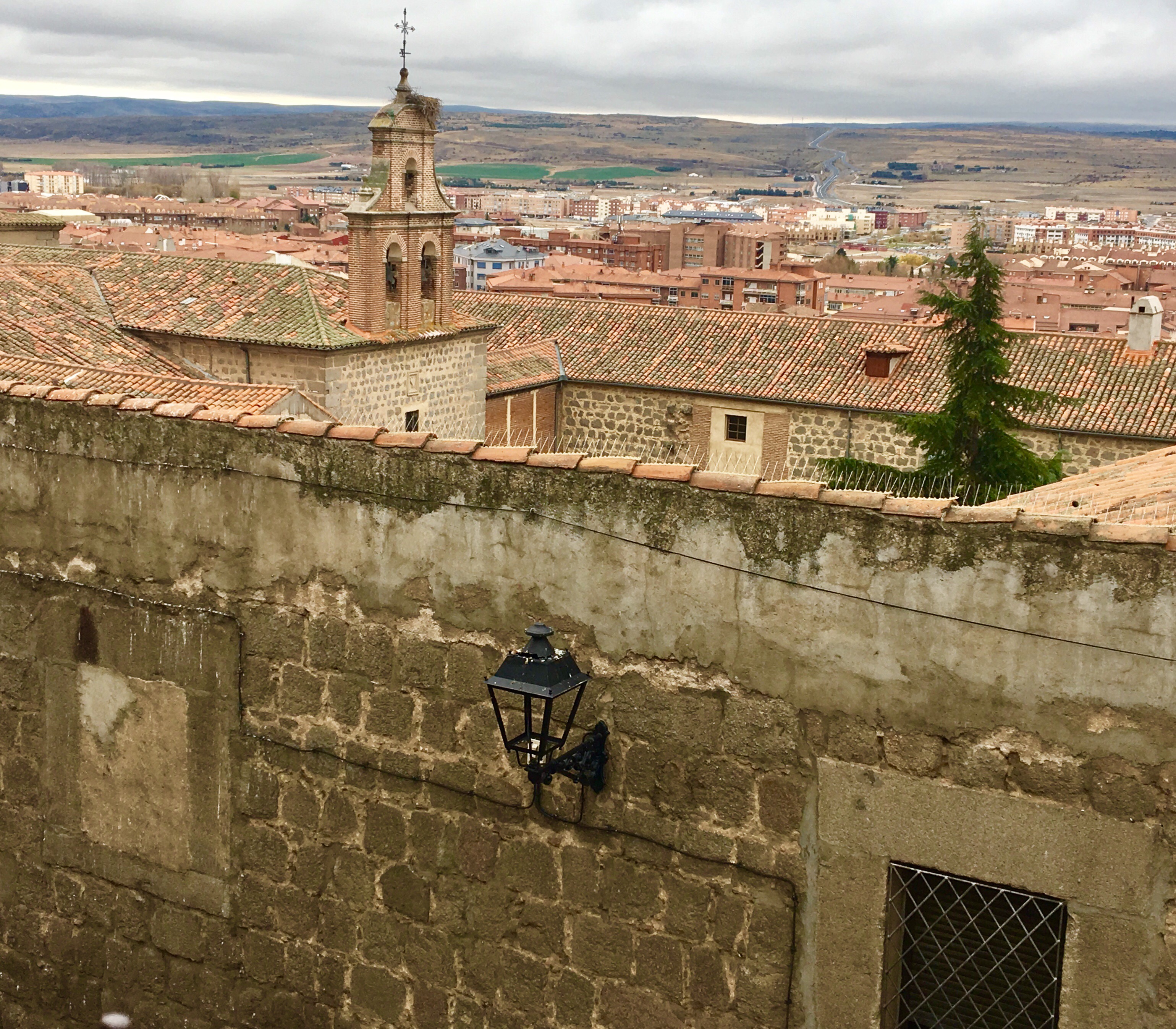 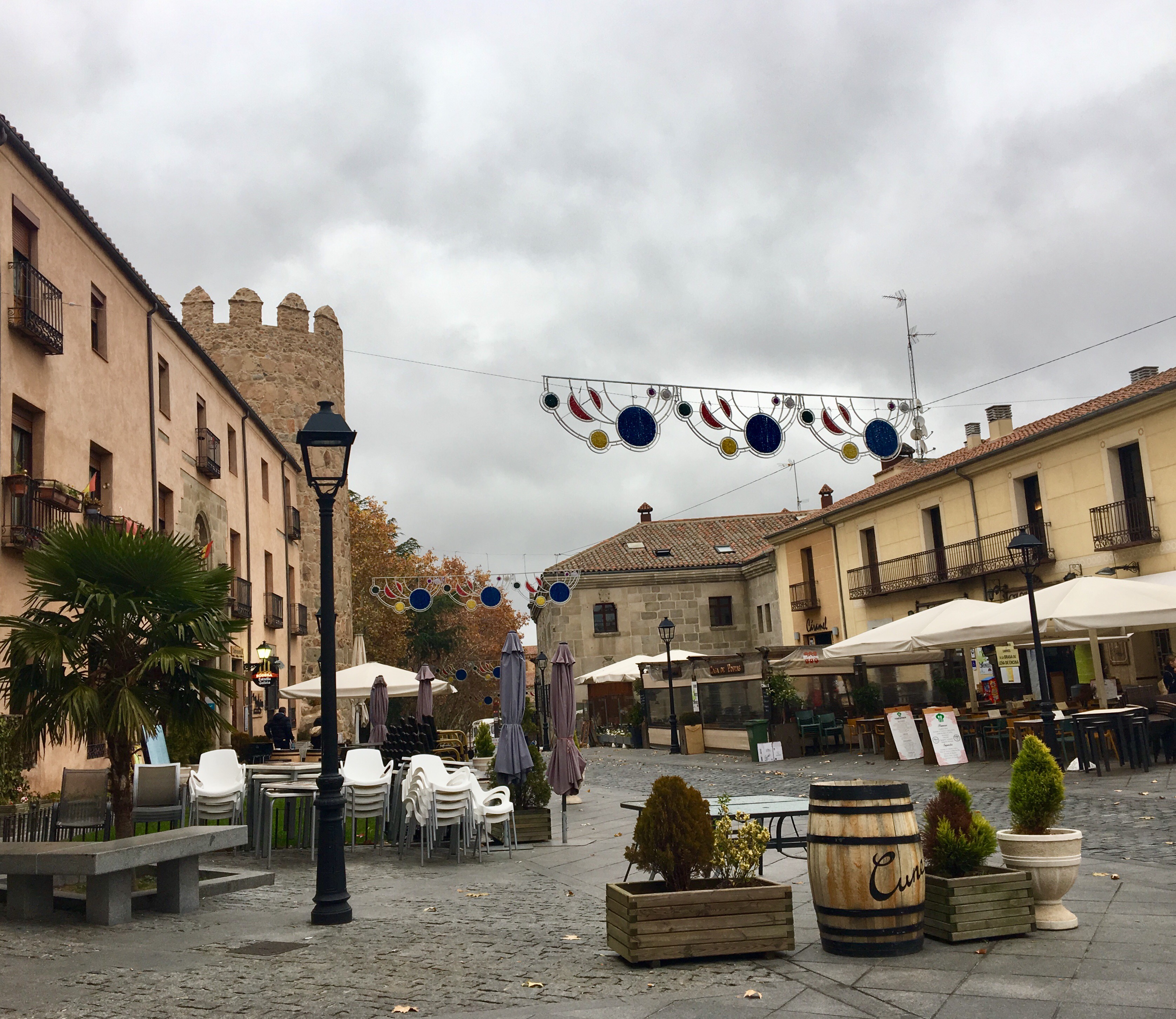 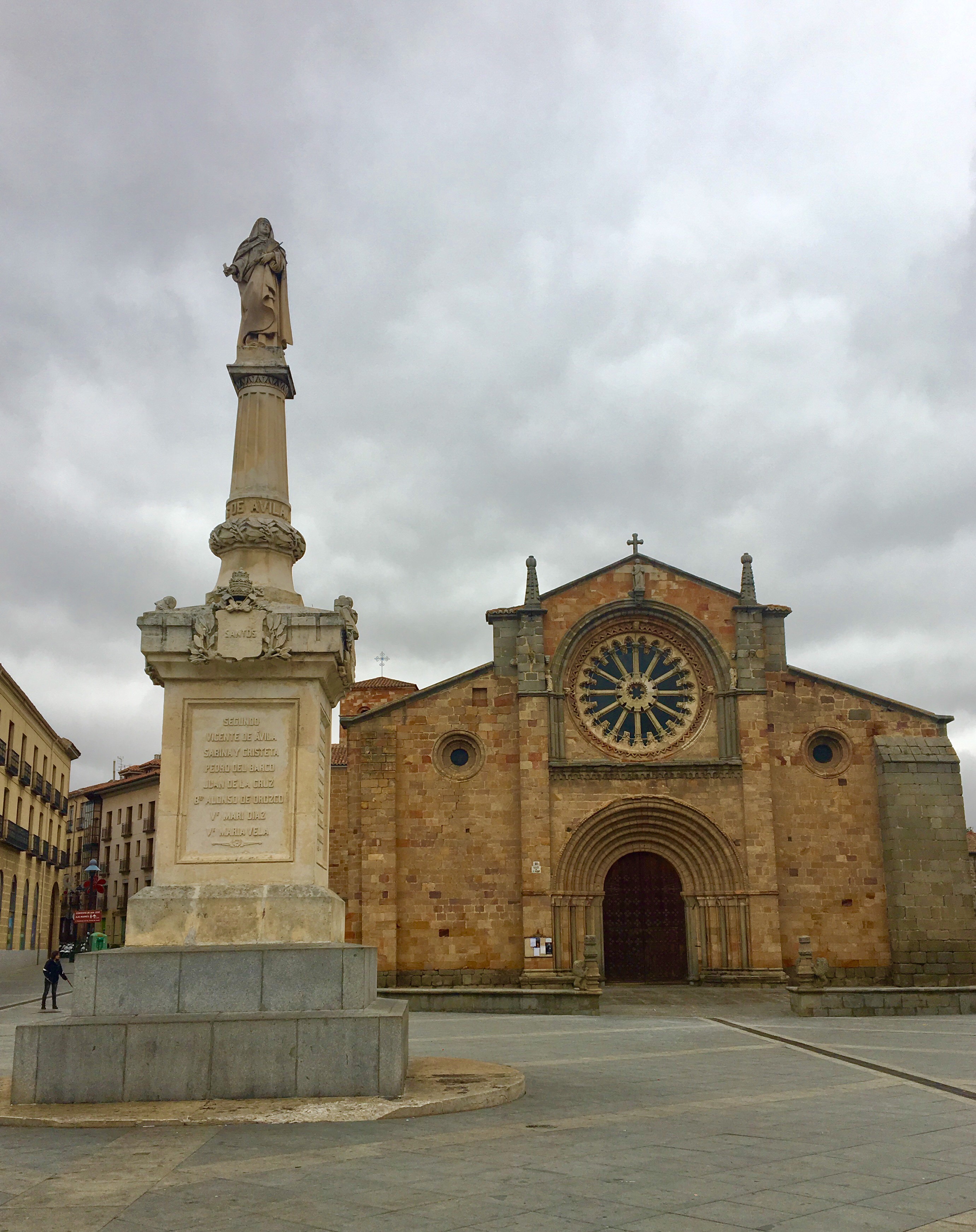 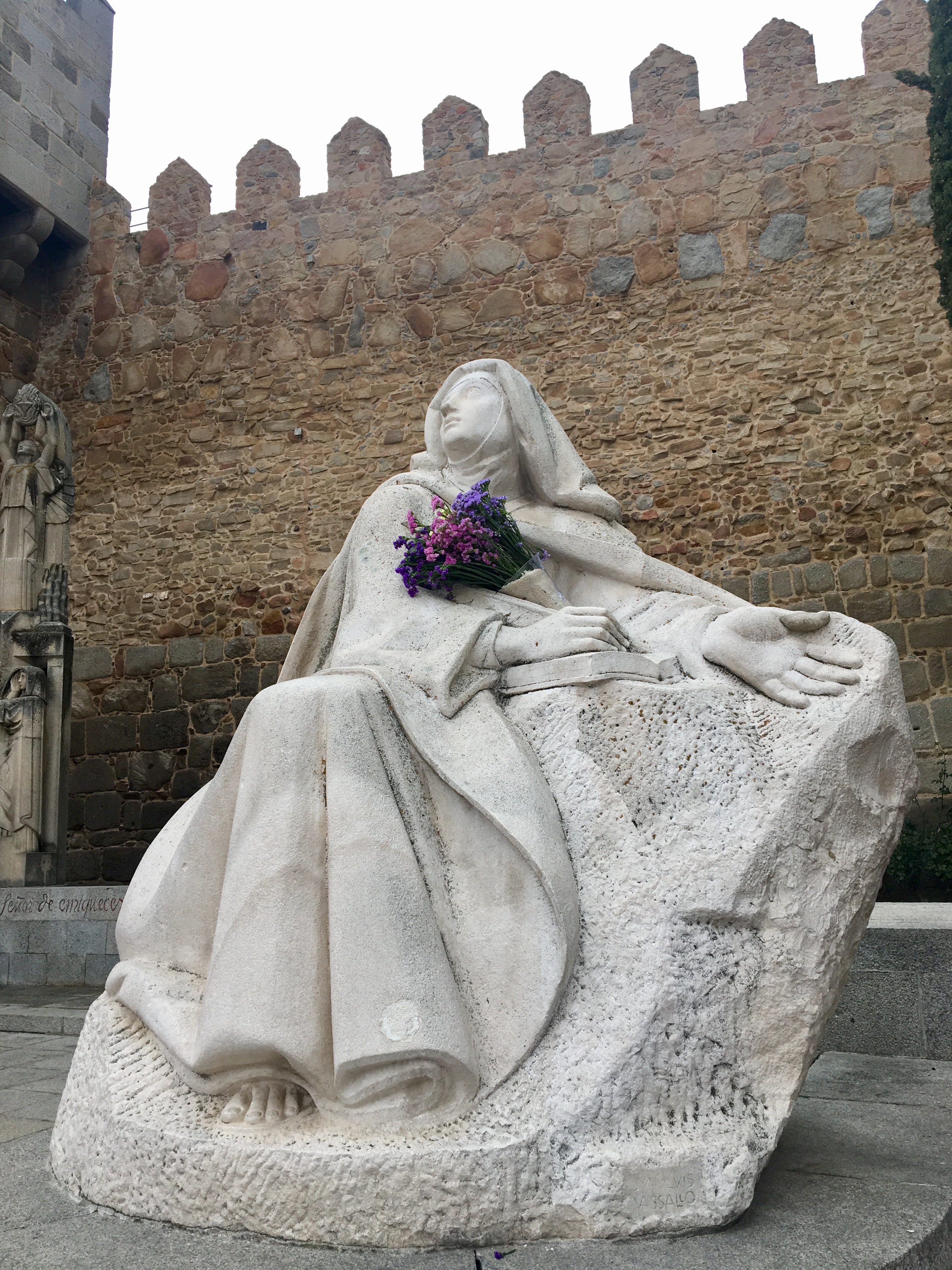 And of course, there has to be a cathedral. 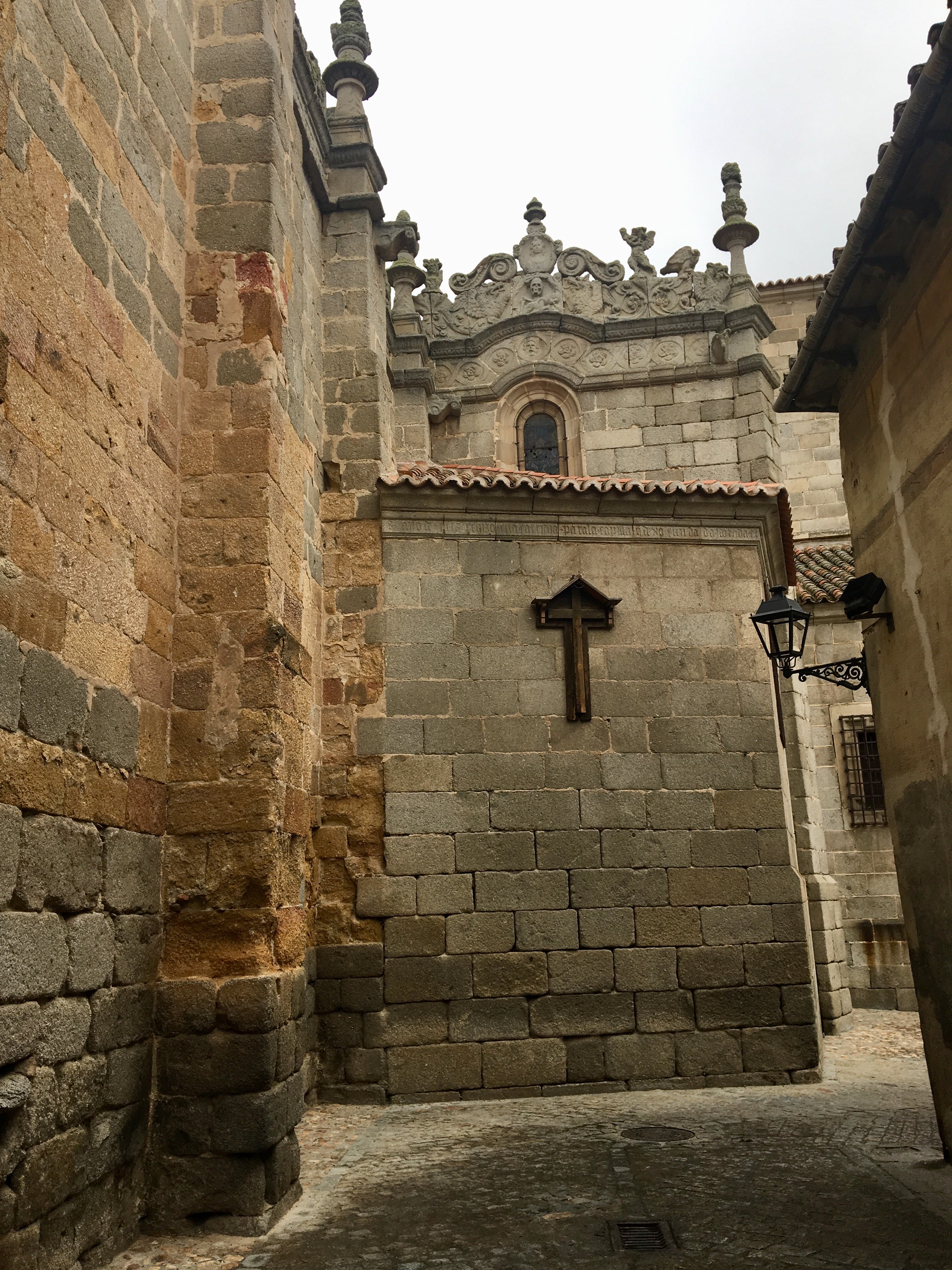 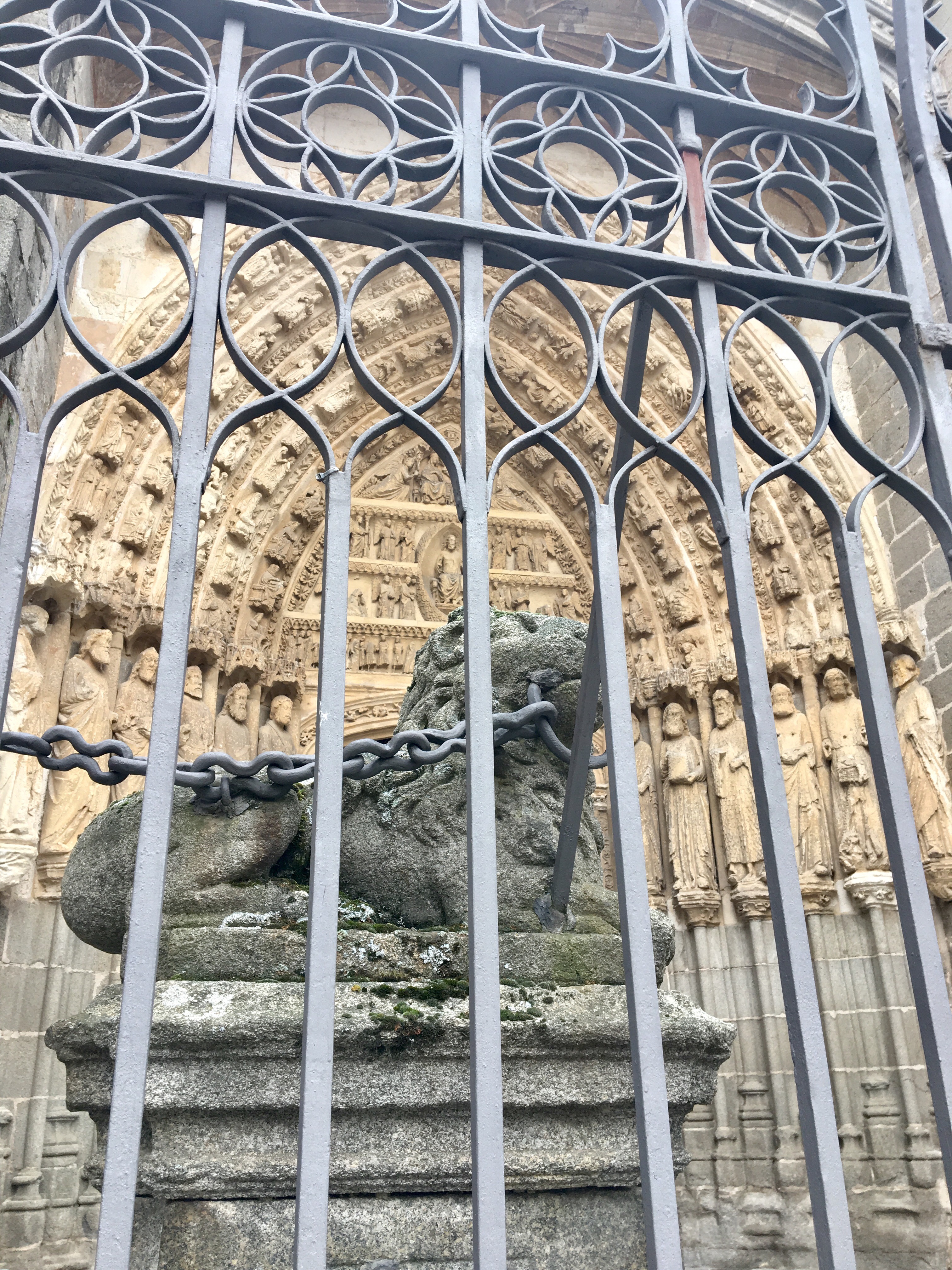 I always like staying close to the centre of town, and because Ávila is so small, this ended up being a stones throw from the cathedral. The hotel was originally a palace, and has a nice covered courtyard. And being Saturday, another wedding cocktail hour I didn’t crash!

The hotel from the cathedral 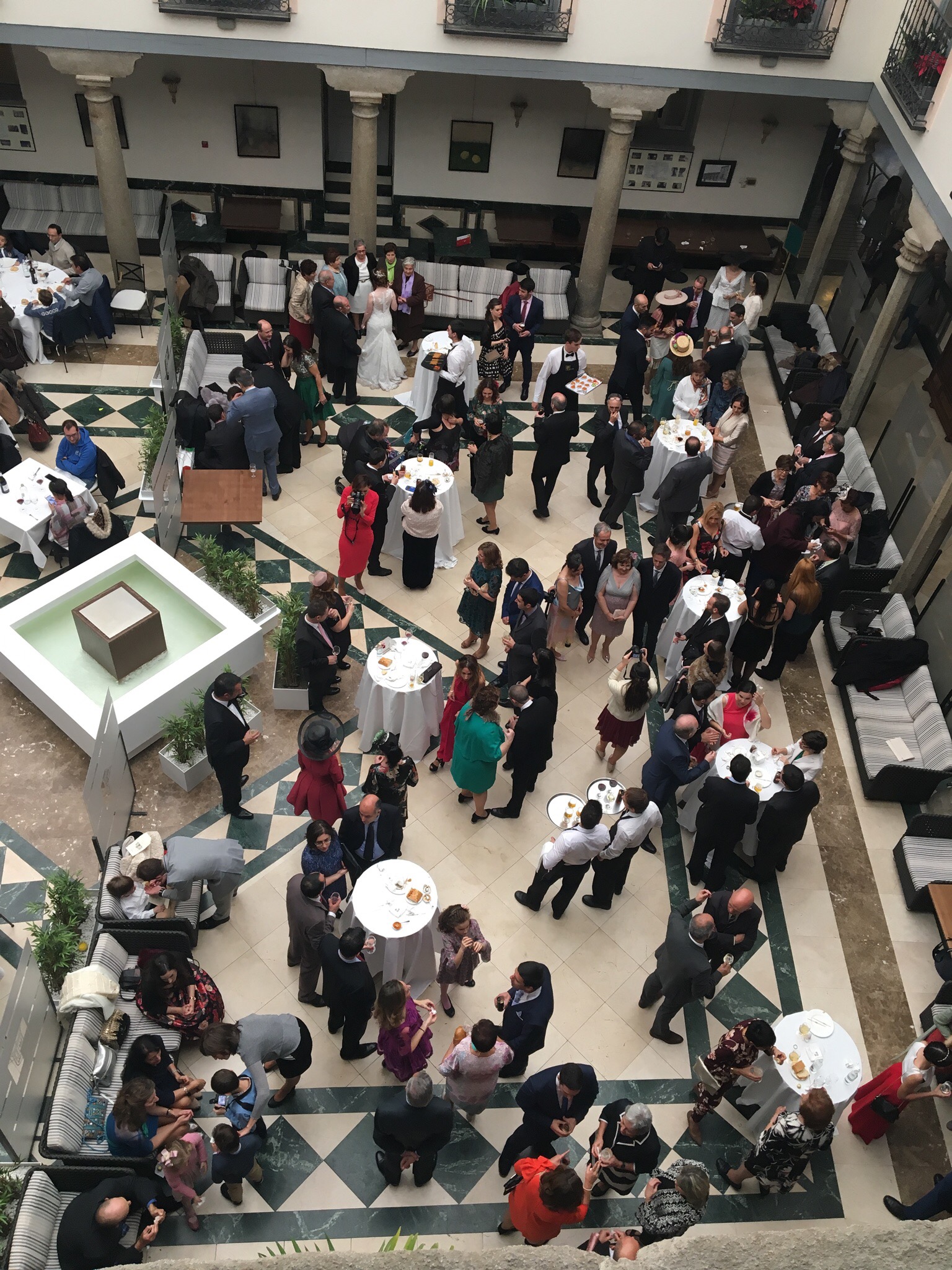 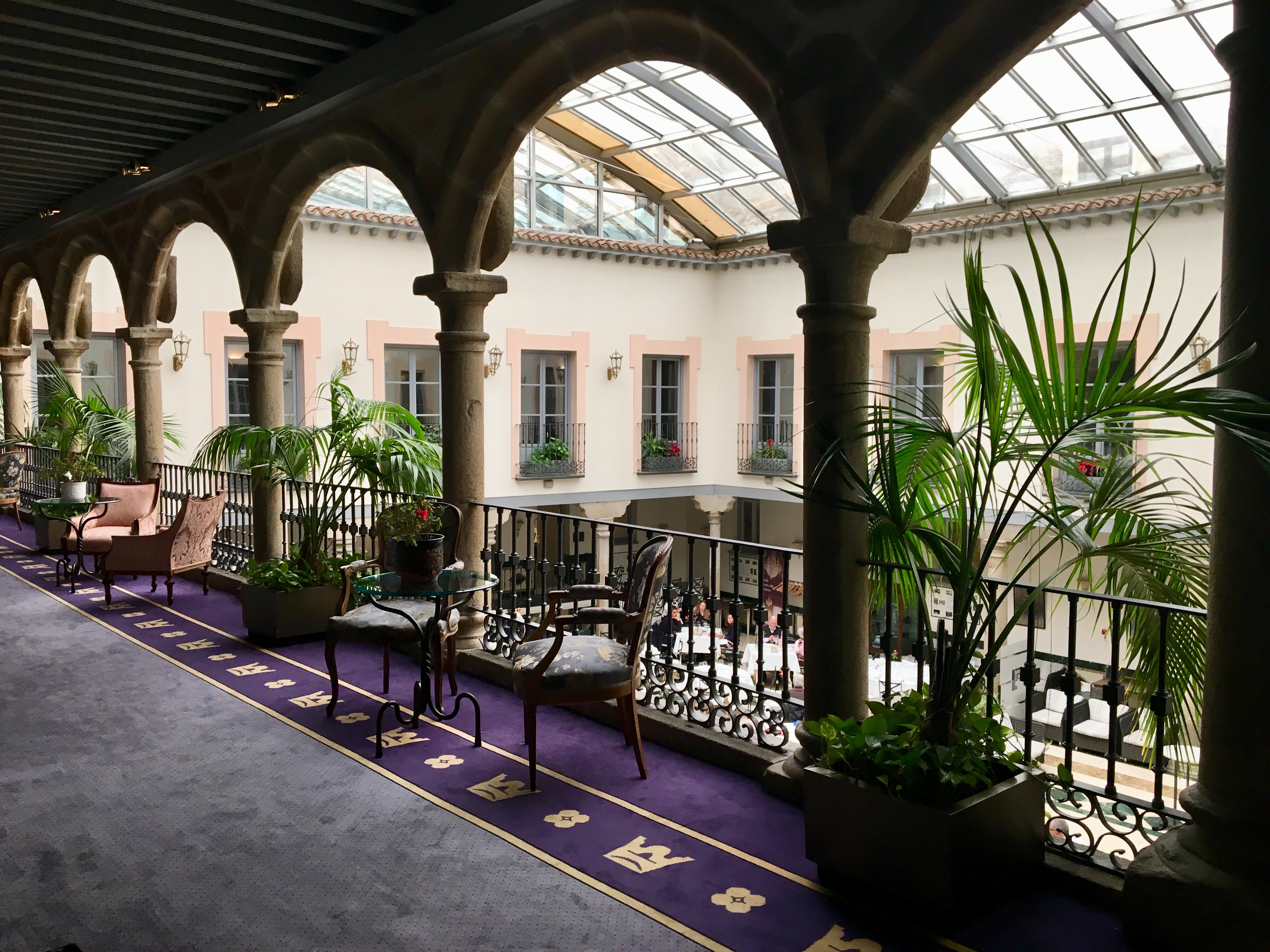 Some foggy shots from this morning 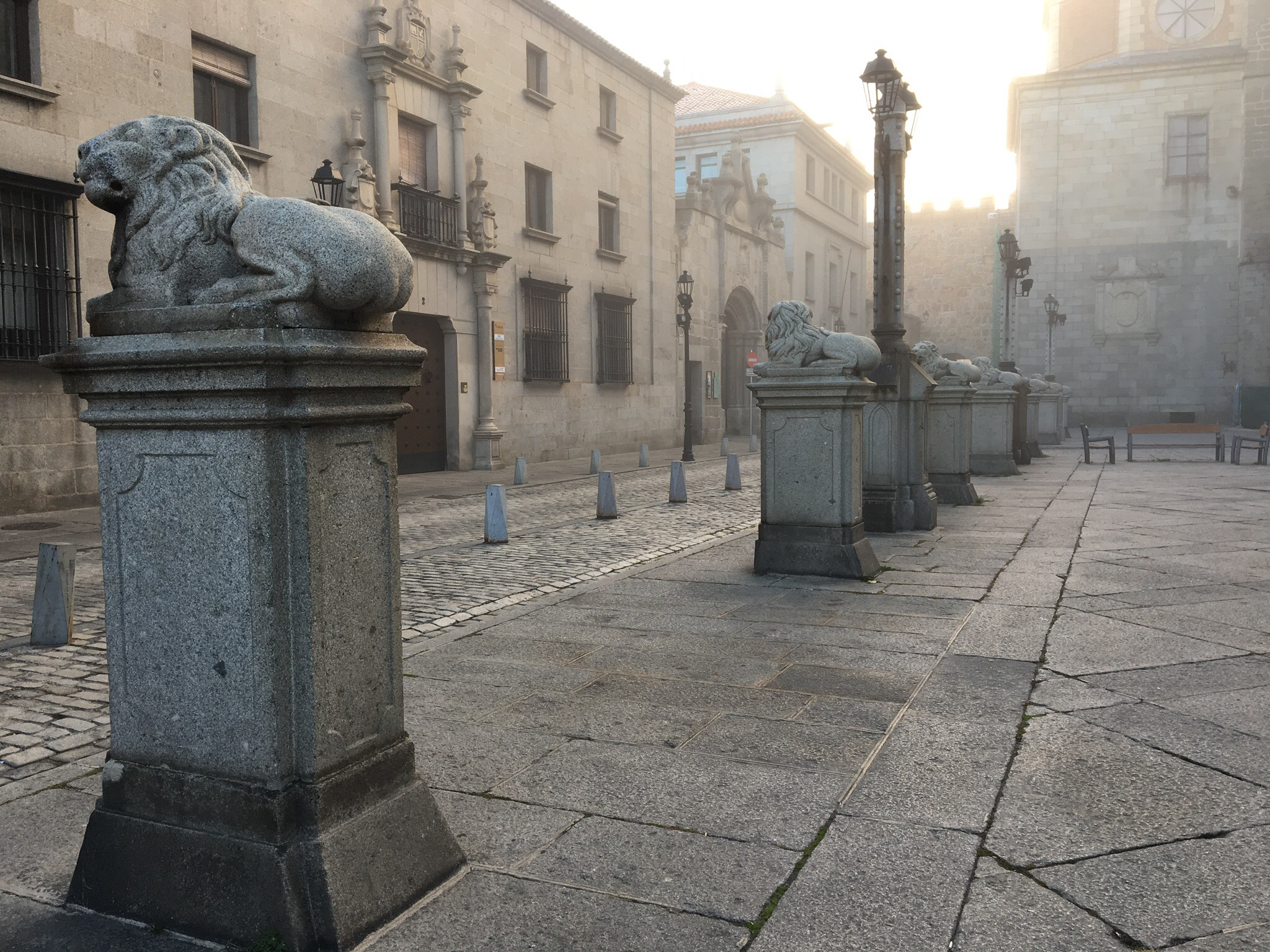 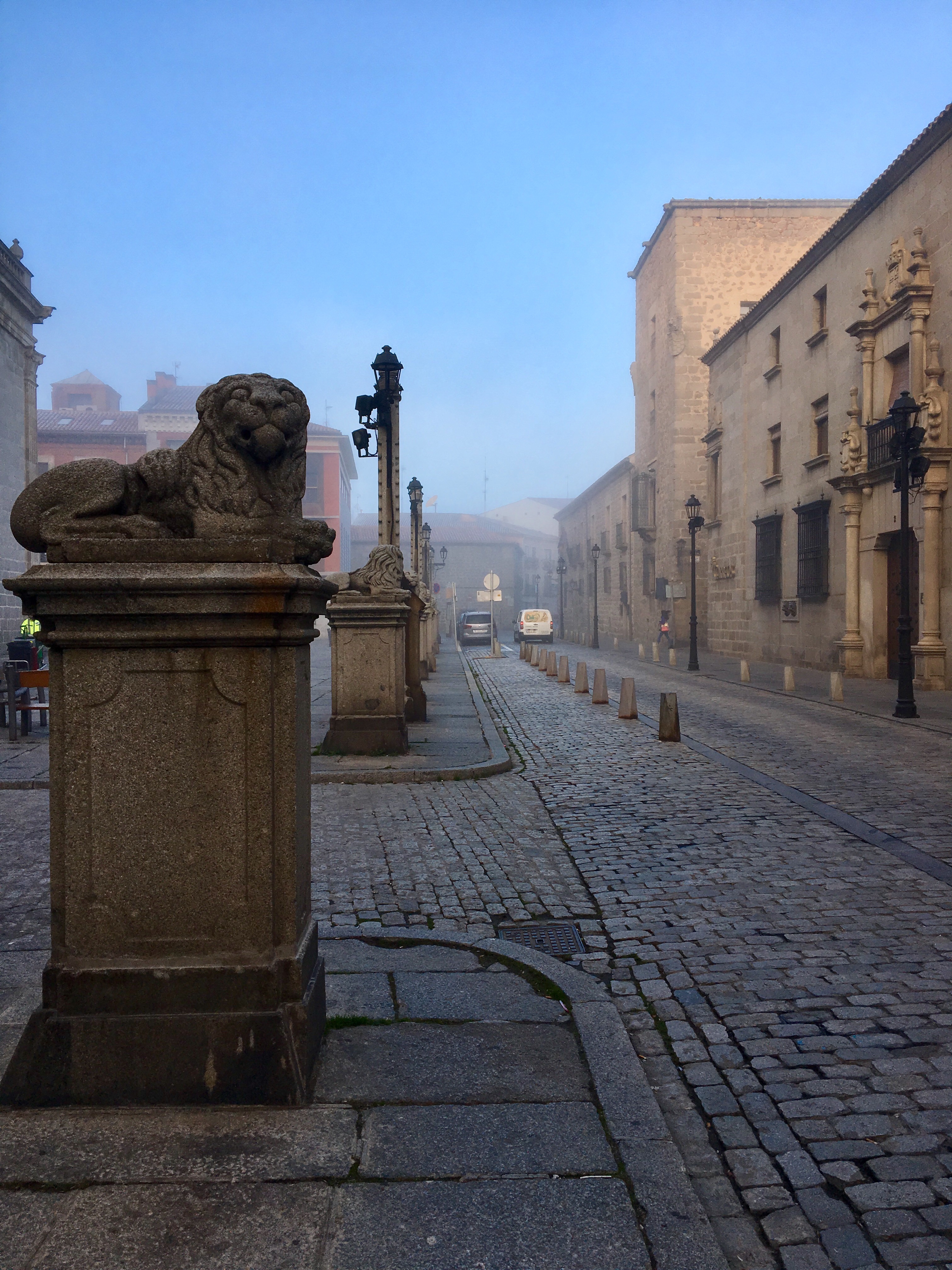 5 thoughts on “The Walls of Ávila”