Leon is the ‘Catedral’ (cathedral) to many people. It is a gorgeous pure gothic building, mainly because it was built in 50 years instead of 500, which tends to create a hodgepodge of ‘fashions of the time’ additions. With Gothic in the 13th century, they had discovered how to use arches and flying buttresses (see them on the second photo) to remove weight from the walls and allow more height and larger windows. The cathedral has nearly 1800 square metres of stained glass, more than any cathedral in Europe except one in Chartres, France. It really is a ‘house of light’. 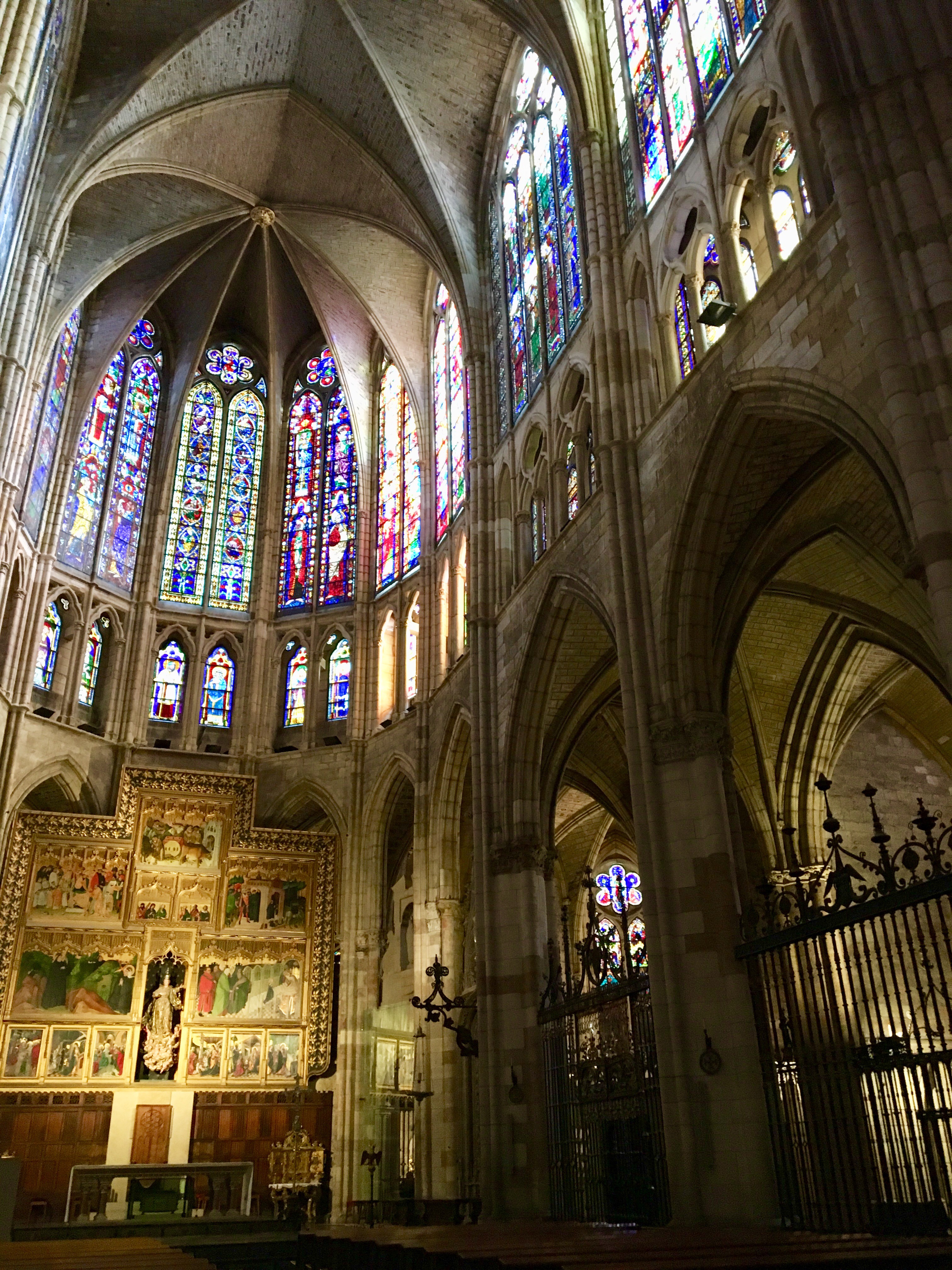 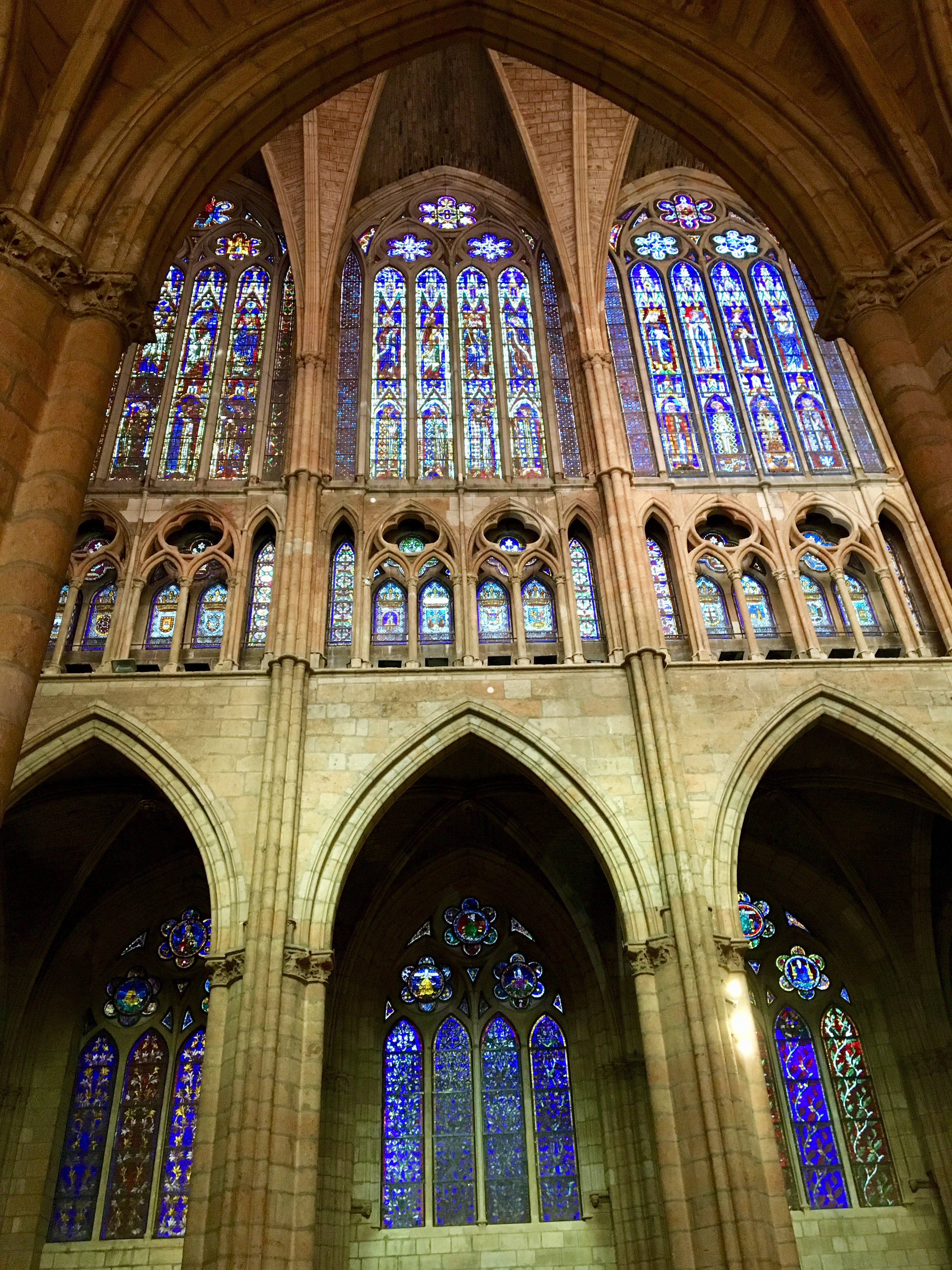 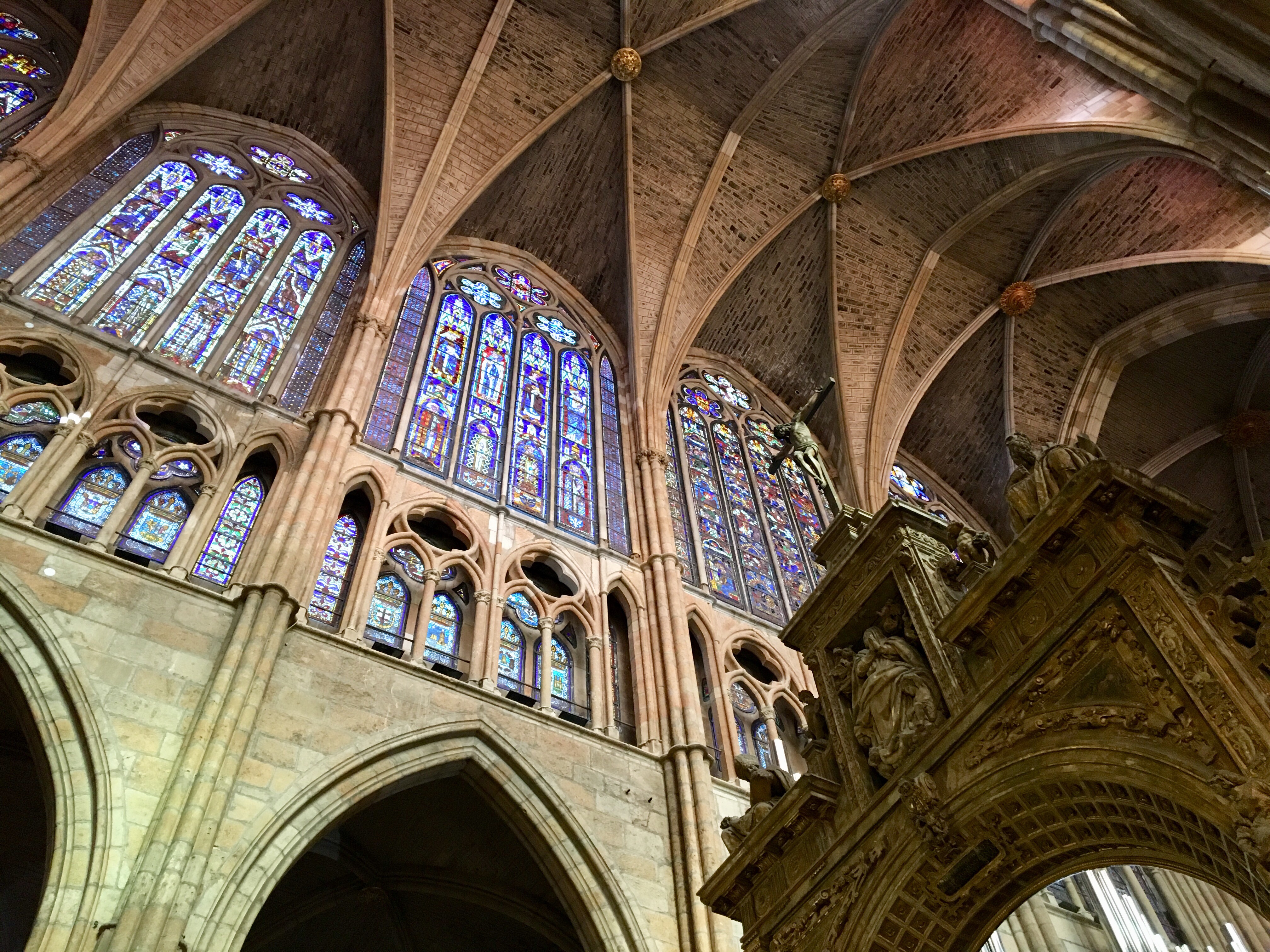 Next door was the Cathedral Museum where photos weren’t allowed in most areas, which is too bad as there were some amazing paintings. The carvings and reliefs are mainly from the 1200’s

And then I found another Gaudì building! Casa Botines. This was designed for business, so quite restrained, though it still had his brilliant design work. He used 28 cast iron pillars, 20 cm in diameter, on the main floor and basement, to avoid needing weight bearing walls that would block light and flow. Gaudì always designed to get the best light.

There was also a fantastic museum attached. Unfortunately no pictures allowed, but I copied two pictures from the internet to give you an idea.

Frescoes – there were late 11th and early 12th century frescoes painted on the walls and ceilings of a crypt area.

The Chalice of Doña Urraca has been sitting in Leon for 1000 years, but in 2014 a book was published saying it was the holy grail from the last supper, which caused a rush of visitors. Not sure of the status, but is a gorgeous with gold, agate and precious jewels.

The weather vane from the 12th century was taken down in 2000 and replaced with a duplicate. Testing of the pollen enclosed found it was originally from Persia. 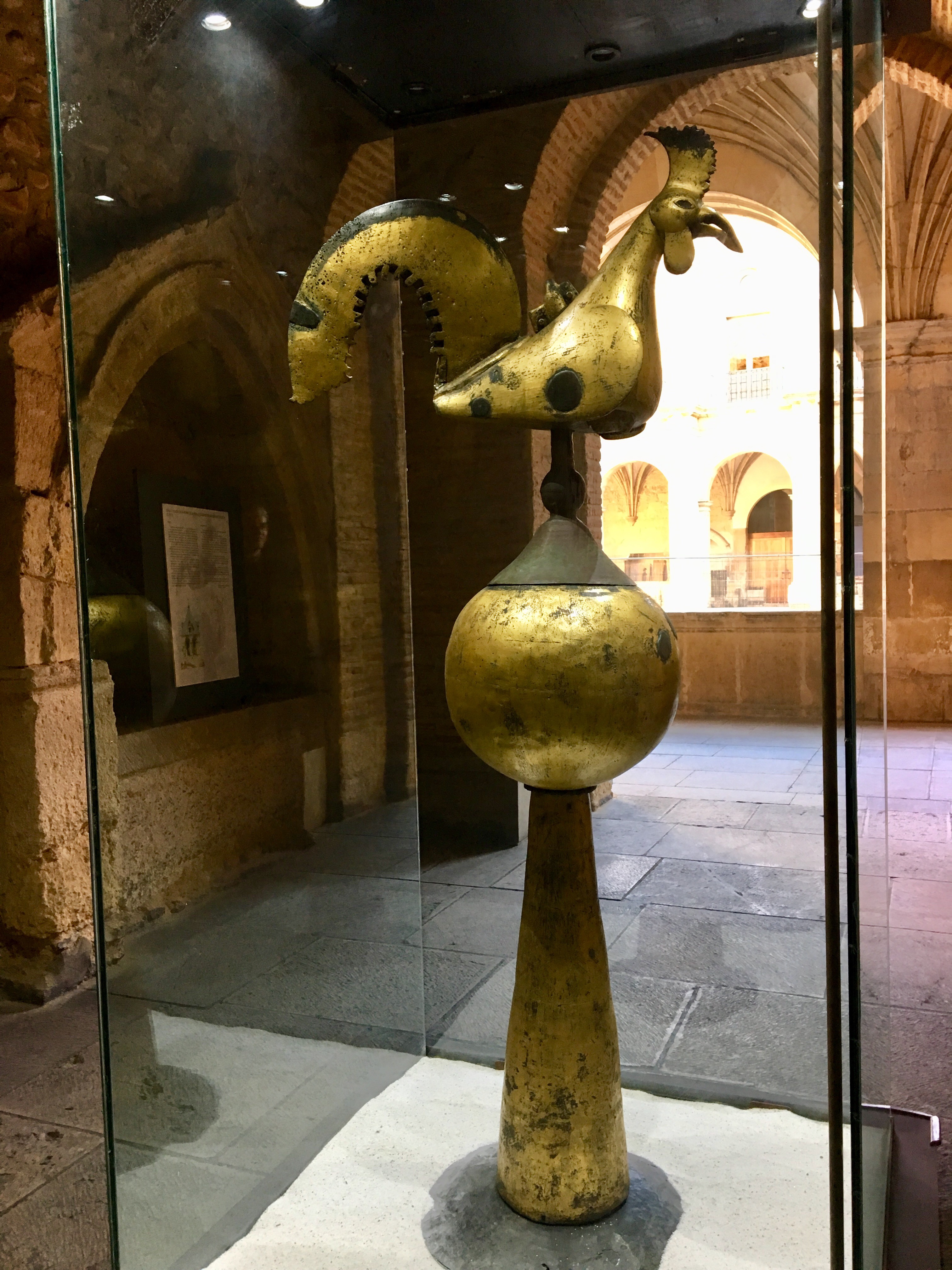 Main square, with and without market

The buildings on Calle Ancha, leading up to the cathedral, had beautiful flower boxes but looks like they are being pulled down today. 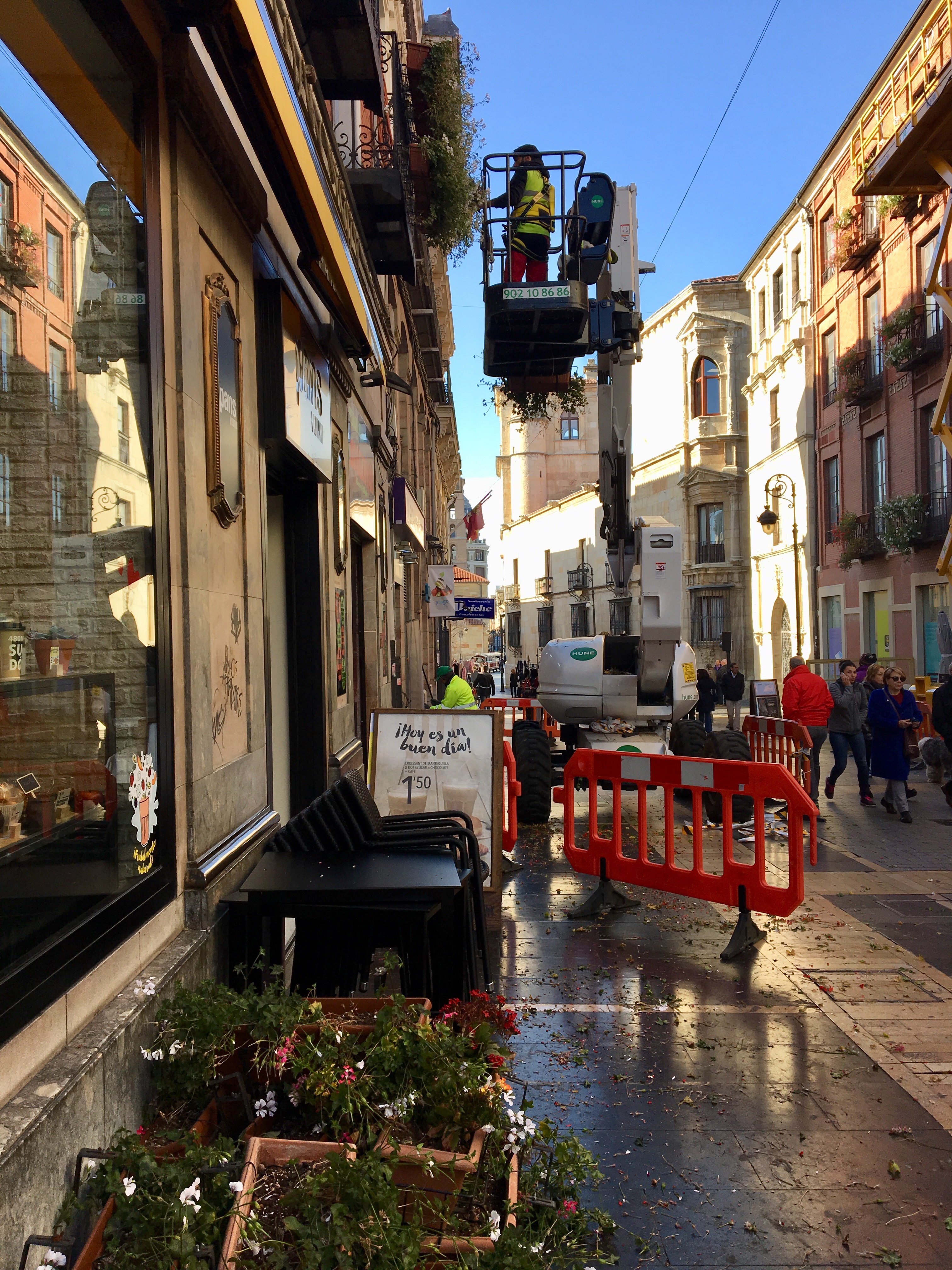 Leon is one of few Spanish cities that maintain the custom of free tapas with a drink. Lovely custom, especially when sitting in the sun at 15oC. At this place you got a choice, so was brave and took tripe, which he served with some fried potatoes with aioli. Another time I took mussels, which had finely chopped onion and jalapeño. 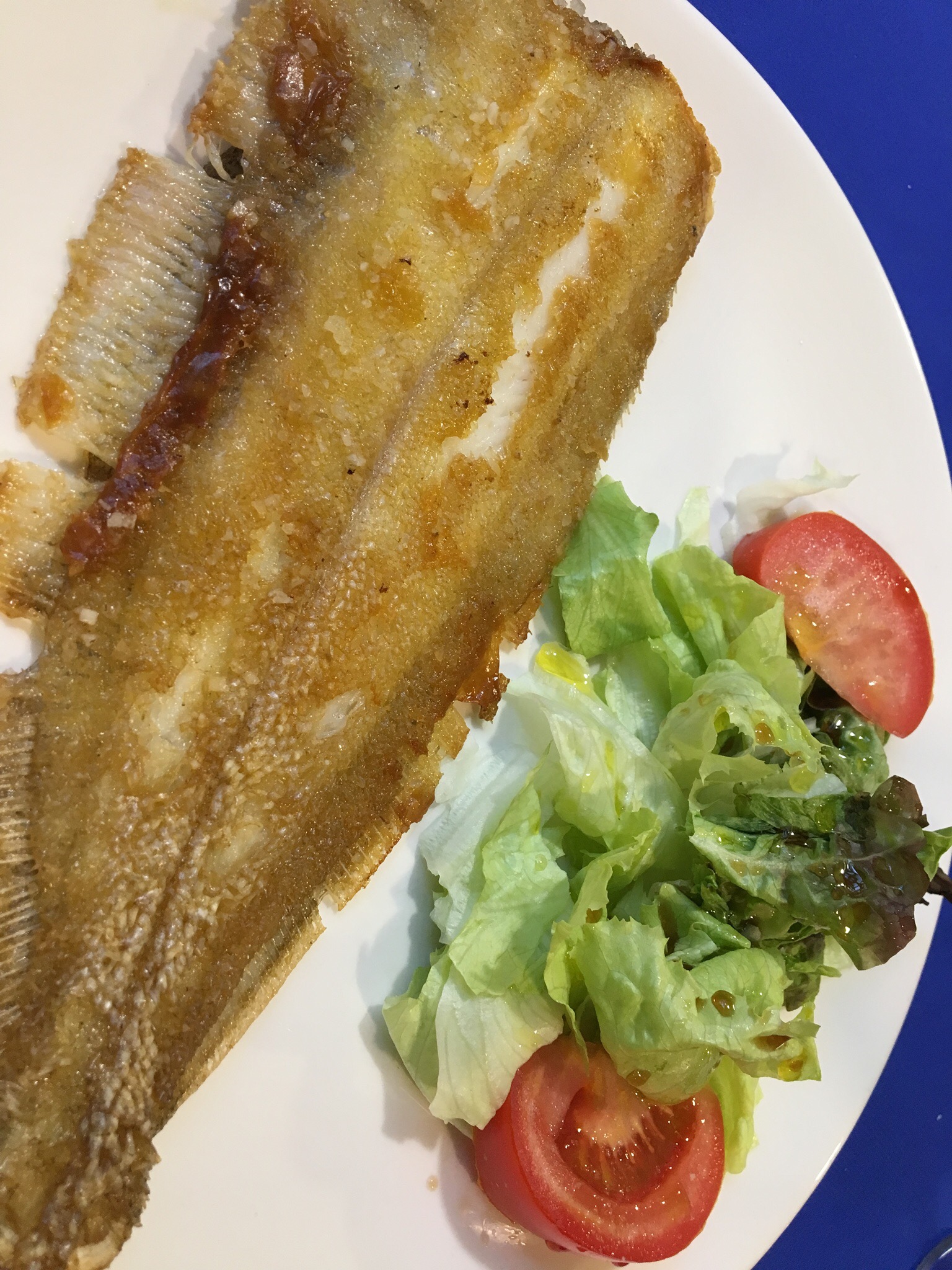 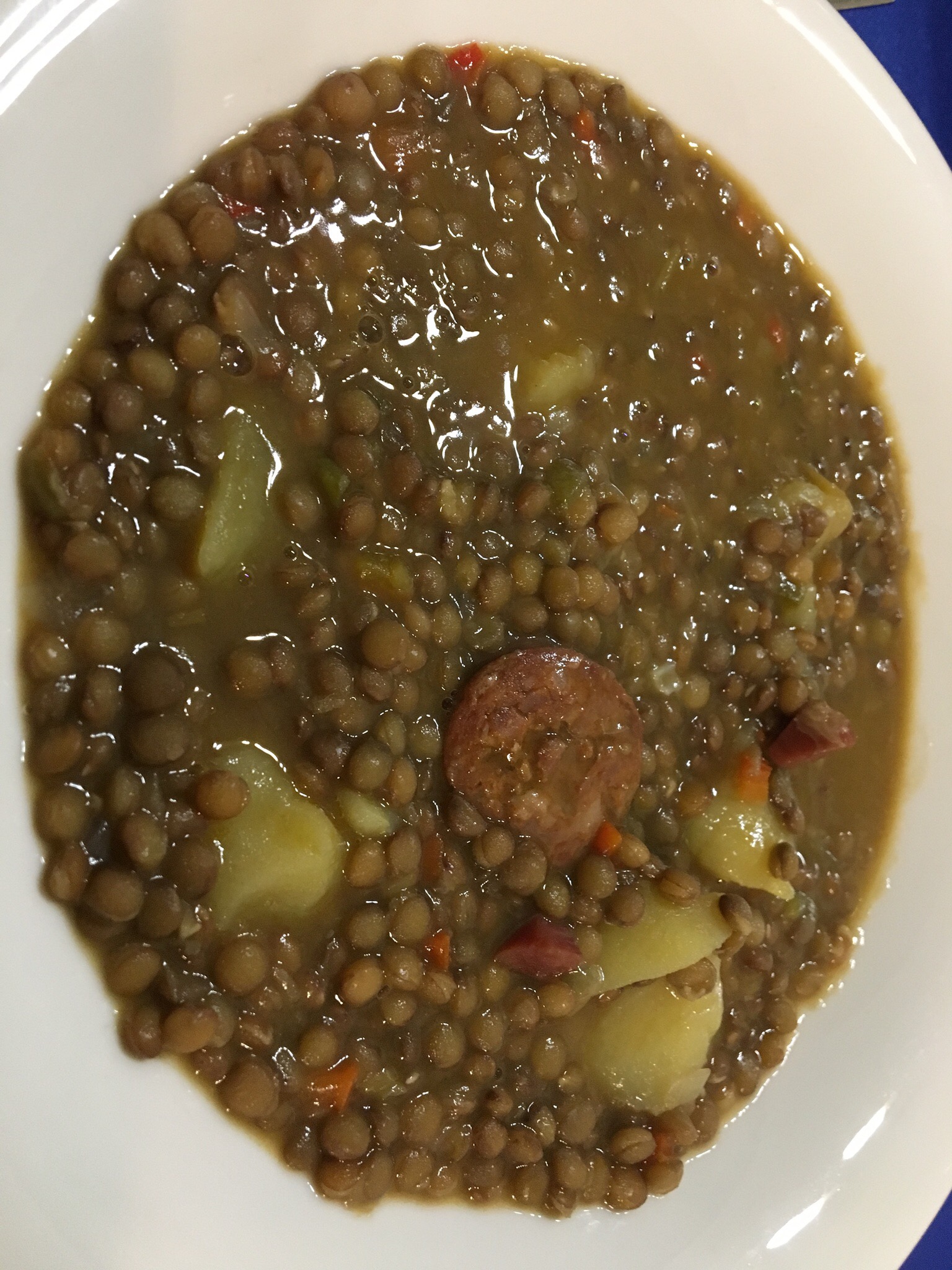 I’ve been very fortunate with the weather. Bright and sunny, so even at 14-17oC it is comfortable. A little chilly when I first go out in the day, but I’ve been resisting buying a jacket. I didn’t want to carry something since August, and now I figure it is easier to wear three layers than pack it!

2 thoughts on “Light of Leon”