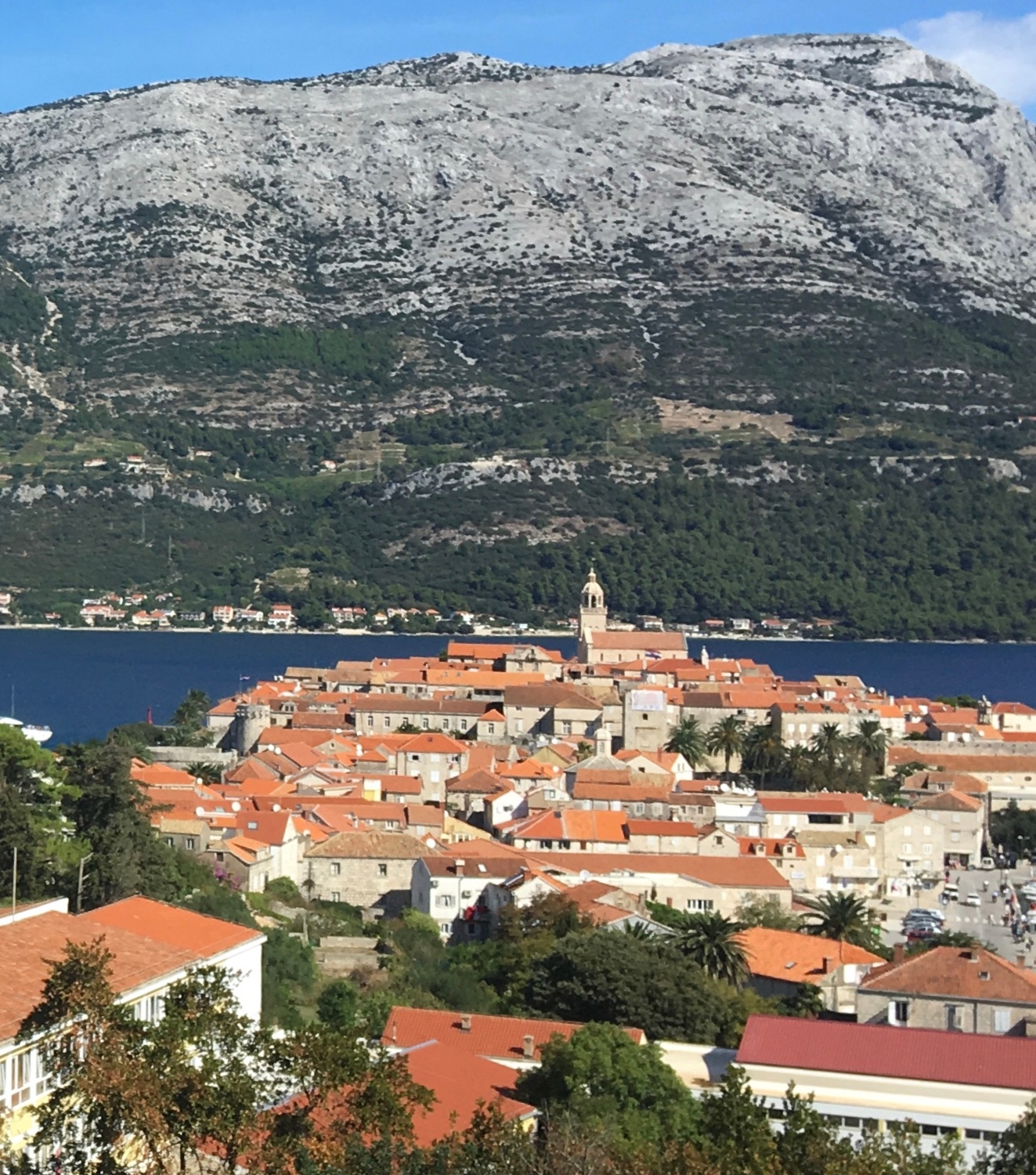 So I am in the town of Korcula, on the island of Korcula.  I arrived by car ferry to Vela Luka, a town on the other end of the island, and then took a bus. I left Split at 1045 and didn’t arrive here until 1600. It was a particularly long and scenic ride on the bus, as we had to veer off the highway to hit every small town.  But it was very pretty with the vineyards and olive trees (really reminds me of Greece), and an occasional peek of the ocean. 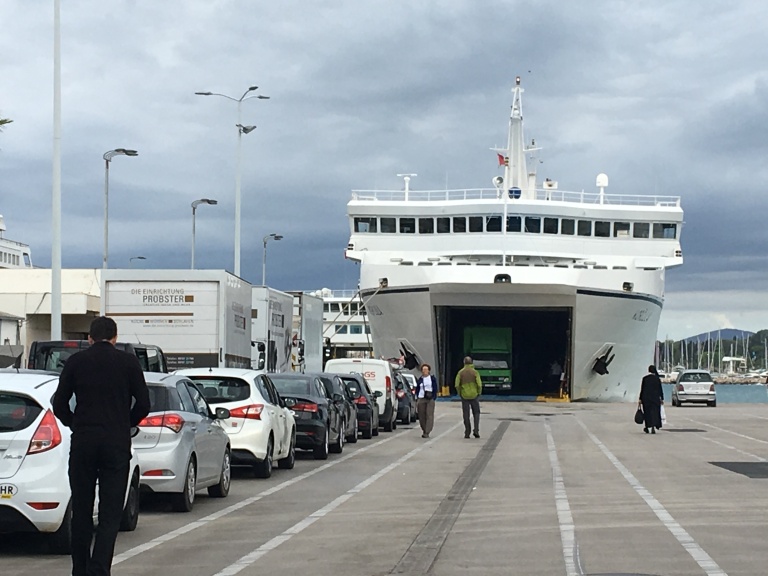 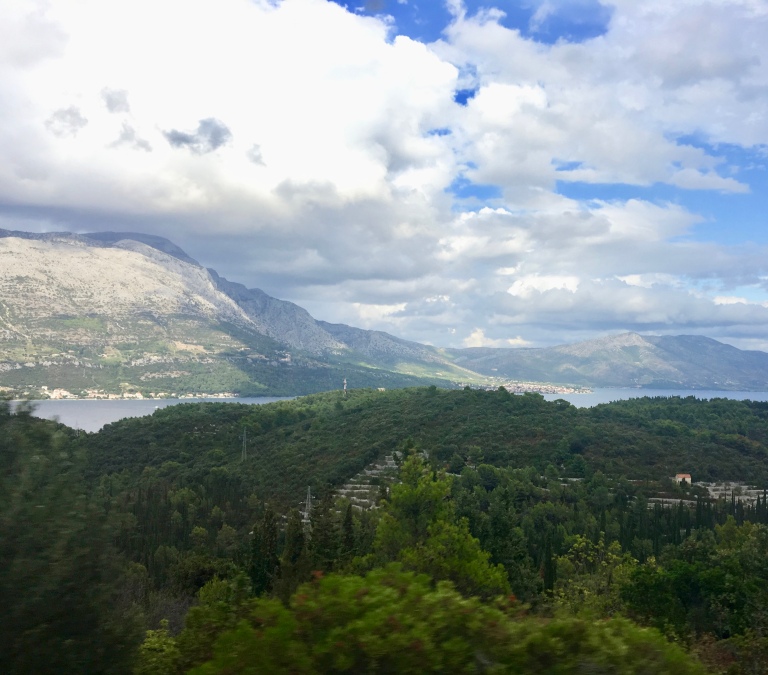 The main feature of Korcula town is the old medieval walled town that juts out into the water.  It is tiny, could probably walk around the perimeter in 10 minutes, but it is a ‘fish-bone’ plan of tiny streets that feed into the centre where the cathedral is. 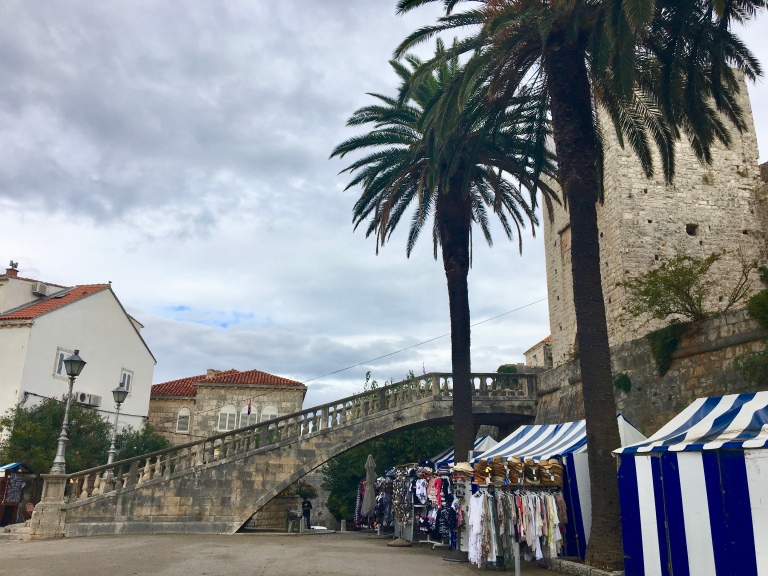 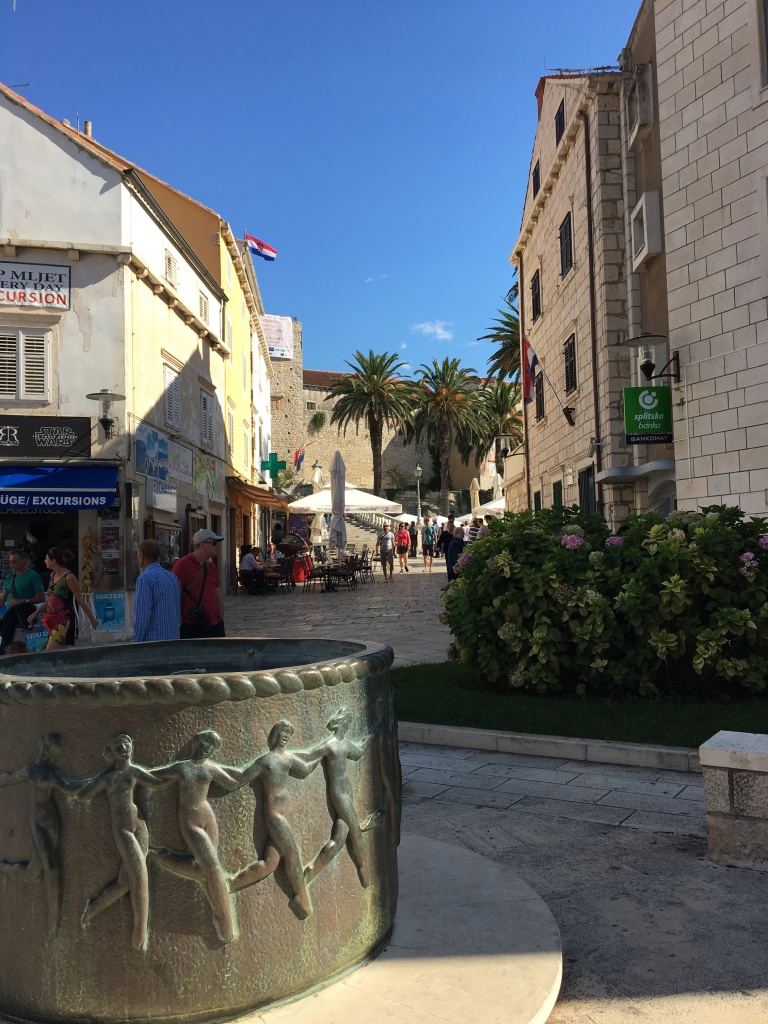 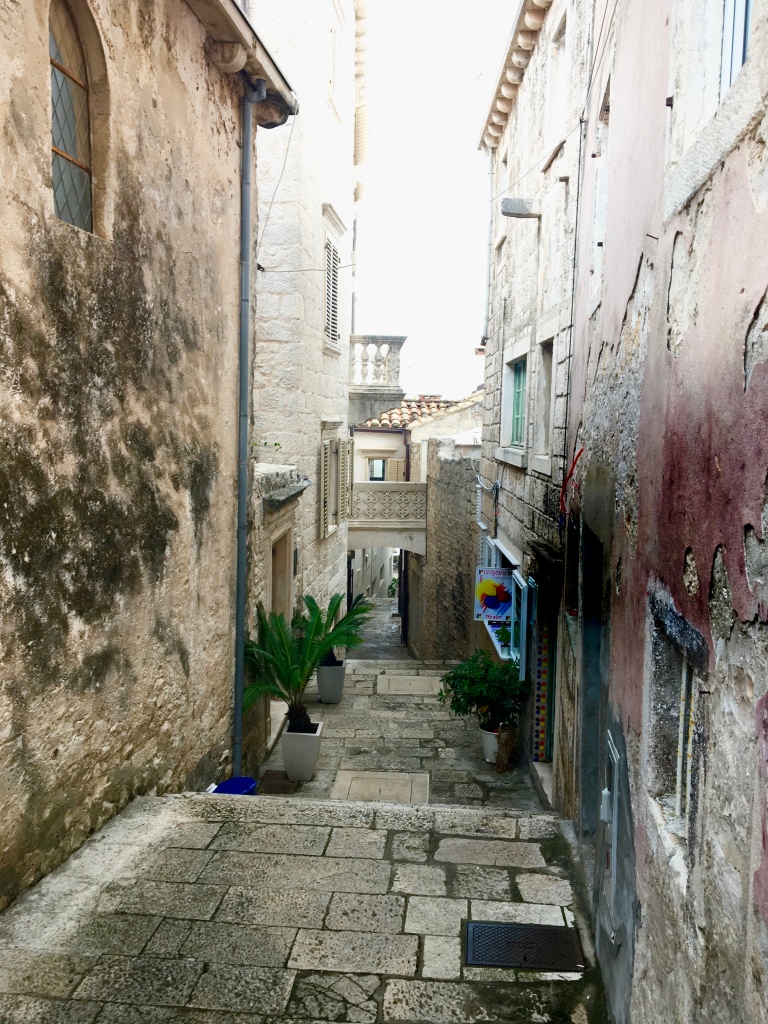 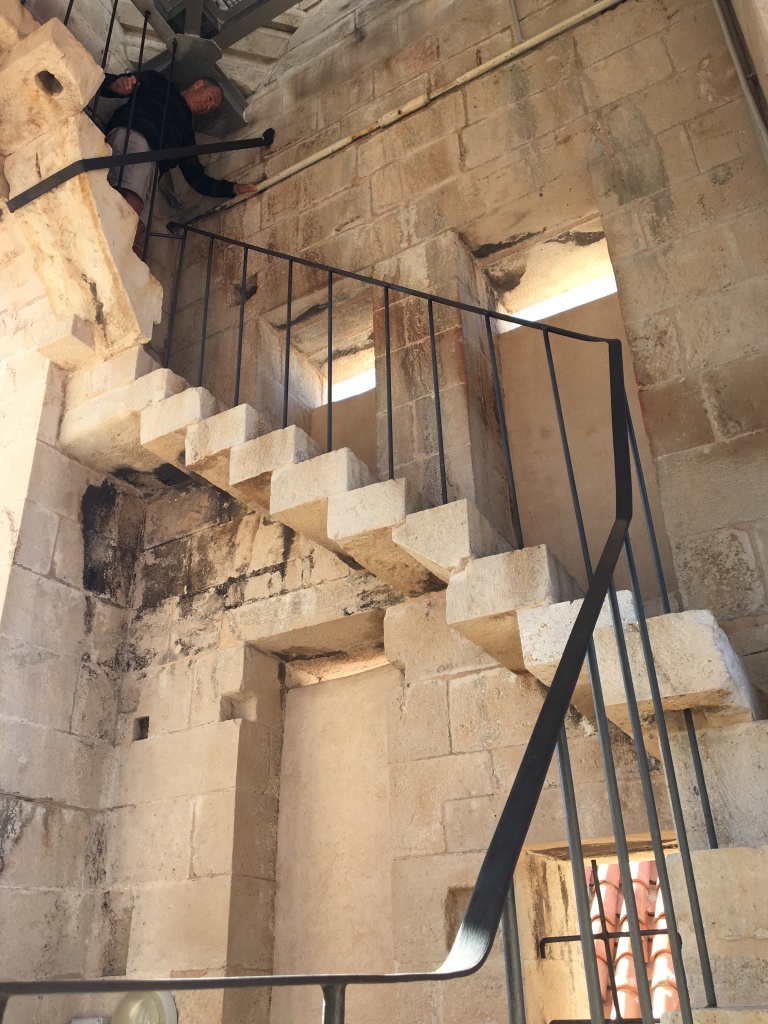 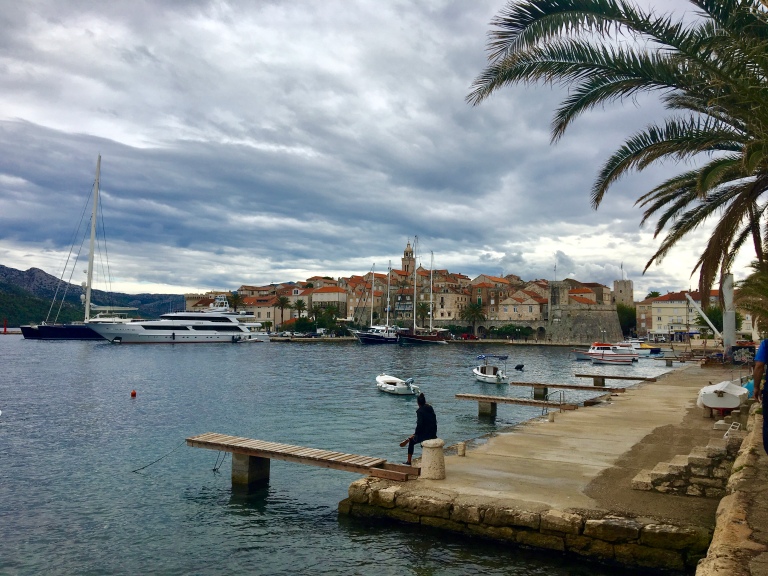 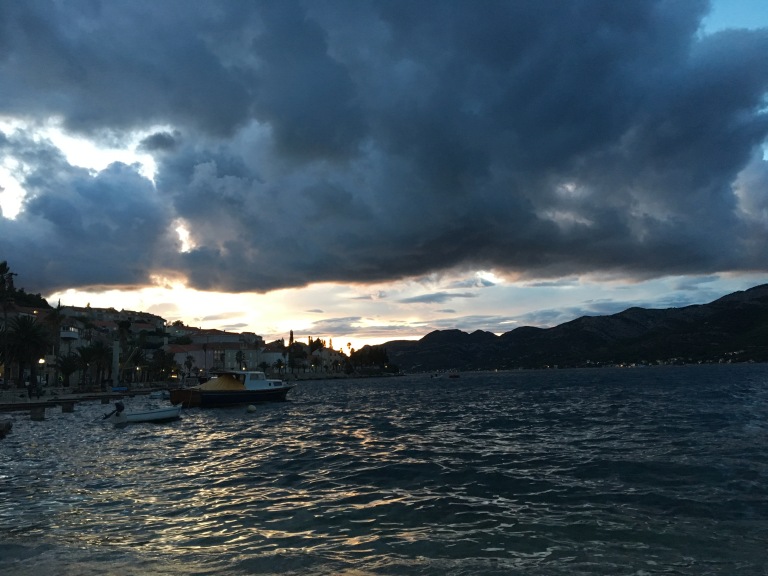 My apartment (top middle window) over the restaurant is ‘sea view’, though I could argue it is ‘tree view’. But the location is fantastic along the seaside restaurants of the old town, and I can listen to the waves. People were swimming today, just over the wall.