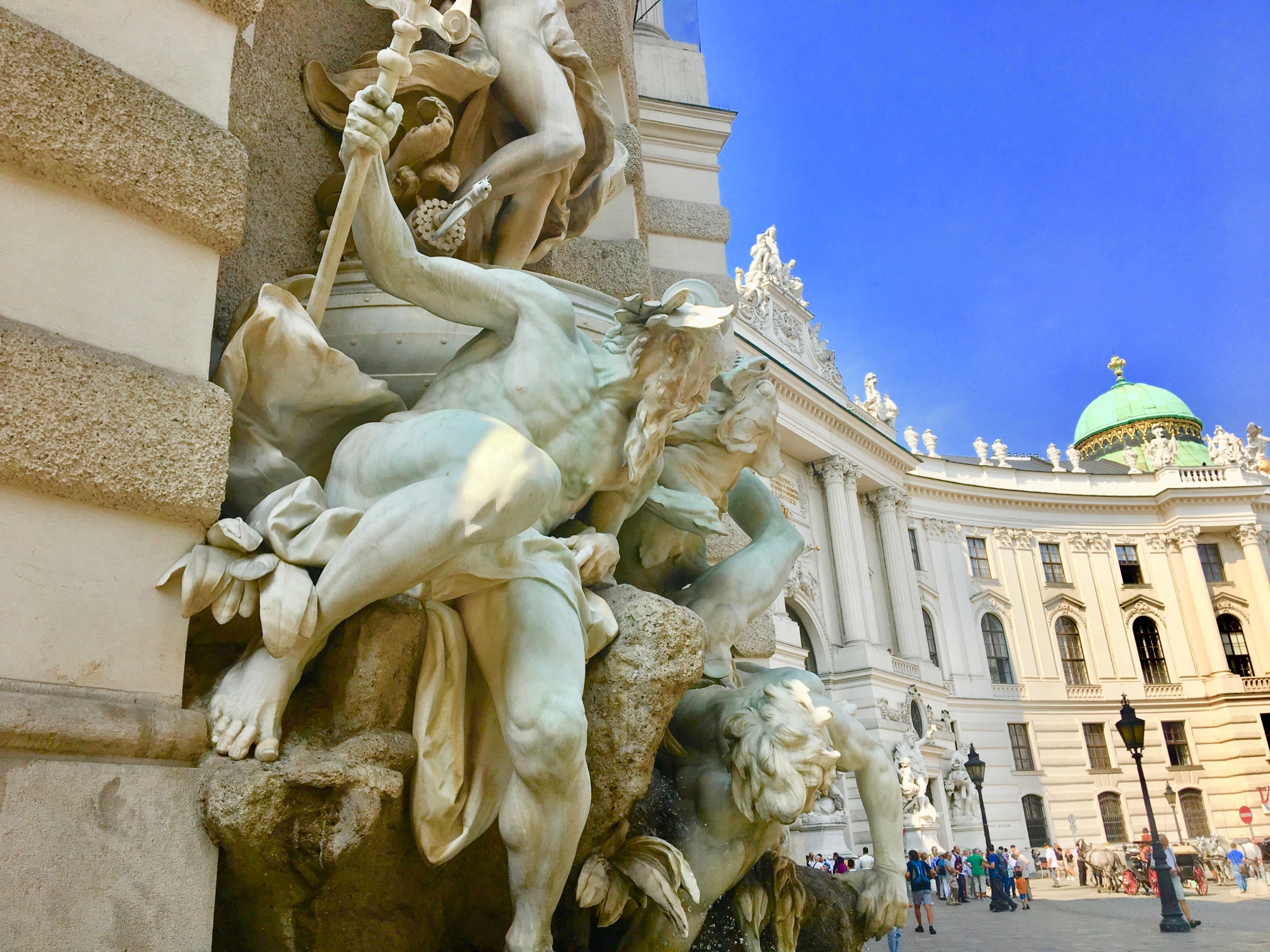 Everything about central Vienna seems huge and grand – the buildings, the streets, the parks. It is difficult to even photograph as I cannot capture a whole building in a single picture! 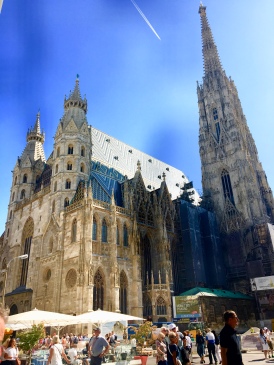 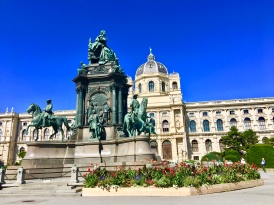 Statue in front of Kunsthistorisches Museum

Holy Trinity Plague Column. A massive outbreak of bubonic plague where about 1/3 the city (75,000 people) died

It’s been forty years since I was here, but it is amazing how memories can come flooding back when you see buildings and streets!

Another week, another letter. If I get it written – everyone is talking and I’m finding it difficult to write. It’s been a busy week – don’t think I could handle a whole holiday of ‘Tuesday – must be Paris’.

Last you heard I was in Munich – since then I’ve been to Salzburg and Vienna. Getting some Austrian living, and liking it very well. Tomorrow I’m heading to Innsbruck, still in Austria, for awhile. I was out to see Heidi and we’re meeting again October 18 to head to Italy, Spain and Portugal.

This morning, all day in fact, I’ve been a busy tourist! It’s Sunday and I went to church. Don’t faint! The Vienna Boys Choir sings at the service  – no comparison to the singing at Swarthmore! The chapel is small and you have to buy tickets (which are sold out way in advance). So me and ten million others stood in line for standing room in a separate hall with a closed circuit TV. It was free, so I can’t complain about the heavy breather with sharp elbows behind me!

This afternoon I saw a fantastic palace – just their summer residence, mind you. Jeez – I wouldn’t mind living there a summer. I took a tour – only way I’d know what the 45 rooms were that we went through. If we’d gone through the 1200 we could have there all week.

The weather has brightened up considerably – its actually been hot! Makes it nicer because we’re outside so much.

I’ve been in this city for four days, and getting anxious to move on. Feels good to be ready to get on another train. We’re sitting around a lounge at the hostel, and it’s crazy. There are three British guys cracking jokes, straight-faced, and I can’t stop laughing! And then there’s the normal collection of Canadians, Americans and Australians. There’s a loudmouth Canadian beside me who I wish was American. The worst Canuck I’ve met. Knows everything.

The other night we went to a small town to celebrate a guy’s birthday. It  took 1 1/2 hours on three different trams. Ten of us went to drink the year’s new wine. You can’t get it in the city, and it was worth it. We always buy cheap wine, and we’ve never had a bad wine. Beer is good too!

I can’t say where I’ll be next – not exactly. But if you write I’ll be in ‘Barcelona, Spain’. Same ‘Post Restante’ etc.

I’ll close now – hope all is well. It’s been very difficult to phone while I’m in hostels because I can’t use the phone here. I don’t even know what the time change is anymore – have you changed back yet? Probably, it’s later in the year than I realize. One thing I want to say is that I have never seen so many Mercedes at once. They use them for taxis too. And Porsche. Love Les 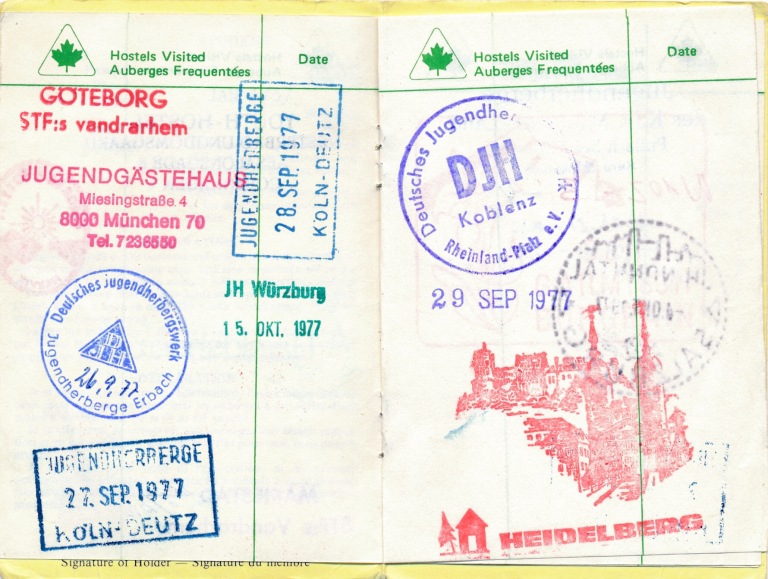